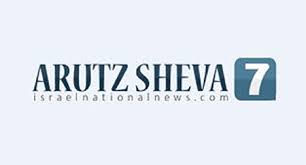 Trump’s peace plan, it should be recalled, provides for Israel to ultimately extend its sovereignty into about 30% of Judea and Samaria where some 460000 Israelis presently live.

“Just as we have seen tremendous regional progress on the Abraham Accords, we are also seeing the tangible benefits of President Trump’s policies for bilateral cooperation with Israel”

The Abraham Accords – brokered by President Trump – signed on 15 September by Israel, United Arab Emirates and Bahrain and expanded on 23 October to include Sudan after Sudan and Israel agreed to normalize relations – states:

Trump’s initiative is consistent with this noble principle and has not met with any opposition from its Arab signatories.

However a spokesman for PLO Chairman Mahmoud Abbas said lifting of the funding ban represented:

“American participation in the occupation of Palestinian lands”.

The PLO continues to bury its head in the sand as the Arab world’s burgeoning relations with Israel expand. Abbas also runs the risk of missing out on the creation of a demilitarized Palestinian Arab State in Gaza and 70% of Judea and Samaria – as envisioned in Trump’s plan.

“The three Foundations are mechanisms for bilateral science, agriculture, and technology cooperation and have provided over $1.4 billion since their inception to support more than 7,300 joint research and commercial projects that have scientifically and economically benefited both countries. Each dollar invested through the BARD Foundation has returned an estimated $12 in value to the U.S. and Israeli economies.

Each dollar invested through the BIRD Foundation produces an estimated $5 in revenue from commercially successful projects and an estimated $6 in follow-on investments in startups. BSF has supported 47 Nobel Laureates and has kept scientists in both countries in the lead in innovation in medicine, cybersecurity, high technology, other critical areas of science with both civilian and military applications.”

BIRD, BSF and BARD represent the last remaining agreements between Israel and the US that included geographic restrictions barring them from working with Israelis in “settlements” established in Judea and Samaria after the 1967 Six Day War.

“The Trump vision … opens Judea and Samaria to academic, commercial and scientific engagement with the United States. This is an important victory against all those who seek to delegitimise everything Israeli beyond the 1967 lines.”

Trump has at least another ten weeks in the White House to weave some more magic.

David Singer is an Australian lawyer who is active in Zionist community organizations in that country. He founded the “Jordan is Palestine” Committee in 1979.

This Op-Ed was originally published in Artuz Sheva.

We would love to hear from you! Please fill out this form and we will get in touch with you shortly.
Trending Z
Uncategorized November 6, 2020
ZOA Analysis: Most American Rabbis Who Are Boycotting Some Israeli Ministers Are From Extremist Left Wing Groups (J Street; T’ruah; JVP)
Uncategorized November 6, 2020
ZOA: Israel’s Reasonable Judicial Reform Proposals Are Good for Democracy, the Rule of Law and the Economy
Uncategorized November 6, 2020
Israel’s “Right of Return” Grandparent Clause is De-Judaizing the Jewish State – Eliminate It
News November 6, 2020
ZOA is Disappointed, Offended and Frightened by 211 U.S. House Votes Supporting Jew-Hating, Israel-Hating Rep. Ilhan Omar
Center for Law & Justice
We work to educate the American public and Congress about legal issues in order to advance the interests of Israel and the Jewish people.
We assist American victims of terrorism in vindicating their rights under the law, and seek to hold terrorists and sponsors of terrorism accountable for their actions.
We fight anti-Semitism and anti-Israel bias in the media and on college campuses.
We strive to enforce existing law and also to create new law in order to safeguard the rights of the Jewish people in the United States and Israel.
Our Mission
ZOA STATEMENT
The ZOA speaks out for Israel – in reports, newsletters, and other publications. In speeches in synagogues, churches, and community events, in high schools and colleges from coast to coast. In e-mail action alerts. In op-eds and letters to the editor. In radio and television appearances by ZOA leaders. Always on the front lines of pro-Israel activism, ZOA has made its mark.
Related Articles
OP-ED BY: Susan B. Tuchman, Esq. and Morton A. Klein State Dep’t Sells Out Terror Victims – ZOA Op-ed in JNS

During the past few days, the media and political candidates have been were busy using, for their own political purposes, the El Paso, Texas, shooter’s “manifesto” and attack on Aug. 3 that left 22 people dead. For instance, Timemagazine falsely claimed that U.S. President Donald Trump called the white supremacists who rallied in Charlottesville, Va., in the summer […]