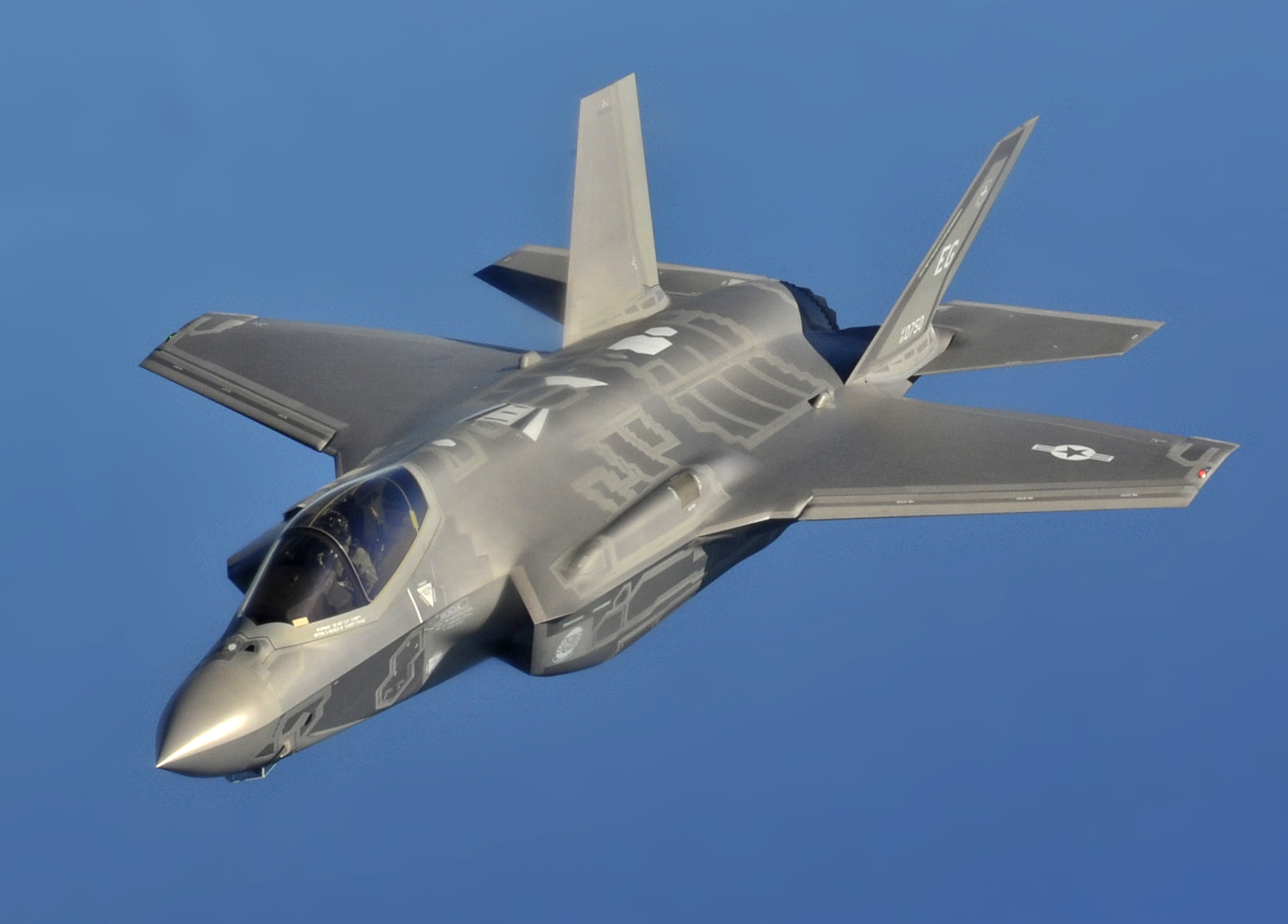 The Zionist Organization of America (ZOA) announced today that it is opposing the sale of the advanced F-35 stealth fighter-bomber to the UAE. The F-35 is America’s frontline fighter aircraft, and until this sale was announced, the plane’s sales were limited to close allies of the U.S., including Israel. The biggest reason for the opposition to this sale is the impact on Israel’s Qualitative Military Edge, or QME. This system is so advanced that it changes the calculus of calculating the QME, and Israel, which always has fewer defense resources, needs to be far advanced in technology to retain an edge against all of her Arab/Muslim enemies. The maintenance of the QME has been the bedrock of U.S. strategy in the region for decades. This principle was enshrined in U.S. law in 2008.

The UAE is an important U.S. ally and is clearly on our side in the conflict with Iran. They already own many billions of dollars of U.S.-supplied defense systems. The stealth F-35 is the most advanced fighter in the world, though, and Israel is the only country in the region with the system. That status quo must remain.

The UAE is not a democracy, and no one can say who will be running the government in the future. The ZOA celebrated, appropriately, the moves towards peace that the government of UAE has undertaken. Hope for continued progress cannot be allowed to cloud a realistic assessment of the security of any weapons systems we sell to the UAE, though. Recall that in 1989, not enough attention was given to this question as billions of dollars in military hardware that was sold to the Shah of Iran, including our most advanced weapons systems. When the Islamist revolutionaries took over in Iran, all of the high-tech secrets were sold by the Mullahs to the highest bidder, including the Soviet Union.  We should also recall the example of Egypt, which was a stable presence with advanced American weapons defending Israel’s southern border for decades, until 2011 to 2013, when the extremist Muslim Brotherhood took control and displayed hostility to Israel. Even short of a revolution, the succession of a different member of the royal family can occur in a country like UAE, with disastrous effects on U.S. security and the power of states potentially aligned against Israel. It is also concerning that Iran could go to war against UAE and take control of the country and all its armaments, including the F-35 bombers.

The stealth capabilities of the F-35 are far beyond any other aircraft in the world. It has already been used in combat by Israel, and its ability to evade detection by Russian-made radars in Syria, and perhaps even Iran, is already legendary. Israel is a small country with a few high-value targets, such as the nuclear research facilities in Dimona, which must be protected by an extensive radar network. This task is made orders of magnitude more difficult if potential adversaries have F-35. Suddenly, the worst-case scenario becomes much more threatening.

Once the sale to the UAE is made, there are no logical stopping points to prevent other countries from acquiring the system. Qatar, which is much less reliable than the UAE, has ready cash and has already asked the Pentagon to sell it the aircraft. Saudi Arabia would almost certainly ask to acquire it in the near future once the UAE sale is approved. Can the U.S. deny the aircraft to countries like India, or Jordan, for example, once the precedent of this sale is made? Each additional country that acquires the system lowers the bar for others to get it and makes the technology more widespread and less secure. The QME the U.S. is required by law to keep in place will inevitably decrease.

The F-35 system is so complex that it requires a great deal of support from U.S. contractors to keep the planes operational. At first glance, this would seem to be an argument against the misuse of the system by any country which acquires it. In fact, though, this means that if a country has a falling out with the U.S., it would have incentives to seek foreign expertise from China or Russia to help the acquiring country keep the system operational. We saw this thinking in play when the U.S. froze sales of the aircraft to Turkey, a NATO ally, in response to their acquisition of the S-400 air defense radar system. The Pentagon decided that having the aircraft under the control of a country that is cooperating in any way with Russian technicians was an unacceptable risk. Turkey is another country that has become increasingly Islamist, anti-Israel, anti-Western, and nationalist, but has the latest U.S. weapons.

There are media reports that Israel has received assurances from the U.S. and even additional hardware promises that have persuaded the government of Israel to mute their criticism of this deal.  This is a separate matter from our duty as Americans to stand up for our belief that the deal is not in the best interests of American national security. It is worth remembering that in the past, promises which were made as part of arms deals in the region were routinely broken. For example, F-15 fighters and AWACS early warning aircraft sold to Saudi Arabia were promised to never be based at airbases close to Israel. Once the sale was completed, the promises were simply not enforced and no negative consequences occurred for the purchasing country. In any case, Israel has to deal with the capabilities of the systems the countries around them have, and military planning cannot depend on promises of any sort.

There is an American National Security interest at stake here as well. Ensuring Israel’s QME is about advancing U.S. regional interests, in addition to simply keeping Israel safe and secure. In light of decreasing projected U.S. presence in the region, Israel’s capabilities to oppose Iran’s regional expansion are needed more than ever to strengthens U.S. security.

ZOA National President Morton A. Klein and Chair Mark Levenson, Esq. stated: “Israel must maintain a qualitative military edge over all of the Arab military forces which might be arrayed against it. UAE has made real and positive changes to its historic hostility to Israel, and the ZOA endorses the idea that peace itself is the reward for making peace with Israel. No military sales should be required to sweeten the deal for either side, if it is a real peace that is being pursued. Iran is a threat to all the counties in the region, and ZOA supports robust planning and working together to eliminate the Iranian threat. This particular weapon system needs to be deployed by the United States and Israel as part of that partnership to defend the region from Iran. The security of both the U.S. and Israel is best served by preventing any other countries from acquiring this advanced aircraft.”

We would love to hear from you! Please fill out this form and we will get in touch with you shortly.
Trending Z
News November 19, 2020
ZOA Condemns U.S. State Dept. & U.S. Amb. Nides For Siding with Antisemitic, Discriminatory Palestinian & Hamas Terrorists re: the Temple Mount, Violating Jews’ Religious Freedom
Uncategorized November 19, 2020
FLASH: ISRAEL-JORDAN PEACE TREATY (1994) GUARANTEES JEWS ACCESS TO THE TEMPLE MOUNT – LET MY PEOPLE PRAY
Uncategorized November 19, 2020
ZOA Analysis: Most American Rabbis Who Are Boycotting Some Israeli Ministers Are From Extremist Left Wing Groups (J Street; T’ruah; JVP)
Uncategorized November 19, 2020
Israel’s “Right of Return” Grandparent Clause is De-Judaizing the Jewish State – Eliminate It
Center for Law & Justice
We work to educate the American public and Congress about legal issues in order to advance the interests of Israel and the Jewish people.
We assist American victims of terrorism in vindicating their rights under the law, and seek to hold terrorists and sponsors of terrorism accountable for their actions.
We fight anti-Semitism and anti-Israel bias in the media and on college campuses.
We strive to enforce existing law and also to create new law in order to safeguard the rights of the Jewish people in the United States and Israel.
Our Mission
ZOA STATEMENT
The ZOA speaks out for Israel – in reports, newsletters, and other publications. In speeches in synagogues, churches, and community events, in high schools and colleges from coast to coast. In e-mail action alerts. In op-eds and letters to the editor. In radio and television appearances by ZOA leaders. Always on the front lines of pro-Israel activism, ZOA has made its mark.
Related Articles
OP-ED ZOA Mourns Passing of Ariel Founder & Visionary, Ron Nachman