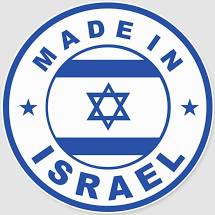 From the bottom of our heart, all of us at the Zionist Organization of America thank President Donald Trump and Secretary of State Mike Pompeo for a series of important actions they took today and yesterday to end discriminatory anti-Israel labeling regulations; affirm the rights of the Jewish state to Judea/Samaria and the Golan; stop the cancerous scourge of antisemitic anti-Israel Boycotts, Divestment, and Sanctions (“BDS”); and curb Iranian terrorism.  We are so grateful for these latest actions:

The State Department’s new guidance reverses the Obama administration’s harmful labeling guidance, issued in 2016, requiring Israeli products made in Judea/Samaria to be labeled as from the “West Bank” and not as from Israel.  Prior to the Obama administration’s despicable labeling guidance, an Obama state department official had admitted that, “such labeling could be perceived as ‘a step on the way to a boycott,’” and said that boycotts would be opposed by that administration.

The ZOA has been supporting efforts to reverse the Obama administration’s discriminatory anti-Israel order, including legislation to do so sponsored by Senator Tom Cotton (R-AK).  (S. 2474: Fair Treatment of Israel in Product Labeling Act of 2016.)  We are extremely pleased that the Trump administration has now acted to end anti-Israel discriminatory product labeling.  We urge any new potential president to leave the new guidance in place.

Secretary Pompeo’s formal press statement also made it clear that “anti-Zionism is antisemitism” and that BDS is “a manifestation of antisemitism” that the U.S. is committed to counteracting.  In addition, in his remarks to the press in Jerusalem today, alongside Israeli Prime Minister Benjamin Netanyahu, Secretary Pompeo stood together with all nations that recognize that BDS is a “cancer.”

Today’s moves will help counteract the Obama administration’s orchestration of the passage of horrifically anti-Israel UN Security Council Resolution 2334, in December 2016, just prior to leaving office.

We would love to hear from you! Please fill out this form and we will get in touch with you shortly.
Trending Z
News November 19, 2020
ZOA Deplores that Pres. Trump Dined with Jew-Haters Kanye West & Nick Fuentes, and Demands he Condemn Them
News November 19, 2020
Newsweek Op-Ed by ZOA’s Mort Klein: ZOA Honoring Trump as the Greatest President Ever for Israel and American Jews
Uncategorized November 19, 2020
ZOA Honors Trump With Rarely Given Herzl Award for His Great Pro-Israel Work – Joins Ranks of Balfour, Truman, Begin, Meir, Ben-Gurion
News November 19, 2020
ZOA Responds to Questions About Pres. Trump, Kanye West, Fuentes, etc. Issue
Center for Law & Justice
We work to educate the American public and Congress about legal issues in order to advance the interests of Israel and the Jewish people.
We assist American victims of terrorism in vindicating their rights under the law, and seek to hold terrorists and sponsors of terrorism accountable for their actions.
We fight anti-Semitism and anti-Israel bias in the media and on college campuses.
We strive to enforce existing law and also to create new law in order to safeguard the rights of the Jewish people in the United States and Israel.
Our Mission
ZOA STATEMENT
The ZOA speaks out for Israel – in reports, newsletters, and other publications. In speeches in synagogues, churches, and community events, in high schools and colleges from coast to coast. In e-mail action alerts. In op-eds and letters to the editor. In radio and television appearances by ZOA leaders. Always on the front lines of pro-Israel activism, ZOA has made its mark.
Related Articles
OP-ED BY: ZOA Staff ZOA Criticizes Pres. Obama For Praising Abbas’ “Renoucing Violence” –– Kerry For Calling Israel Demand of Recognition As “Jewish State” A Mistake