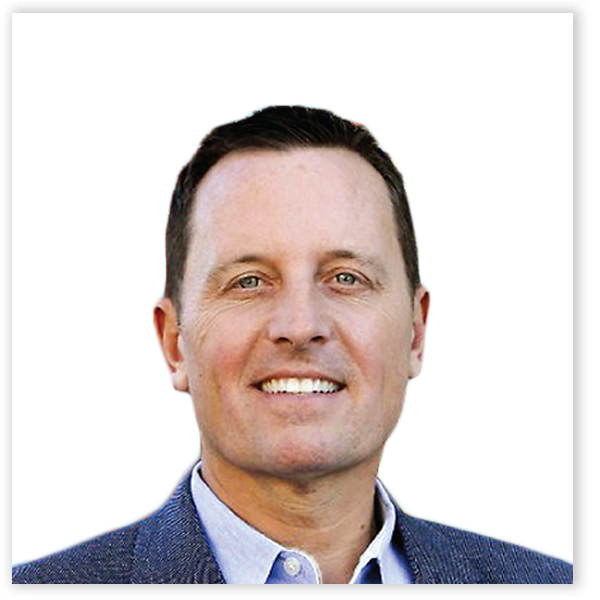 The Zionist Organization of America (ZOA) strongly criticized the absurd, unjustifiable and shameful attacks that Ambassador Richard Grenell has endured, especially from Zachary Lipton of Carnegie Mellon University. Grenell is the former Acting Director of National Intelligence, former U.S. Ambassador to Germany, and now a senior fellow at Carnegie Mellon’s Institute for Politics and Strategy. Lipton, an assistant professor at Carnegie Mellon, has falsely and maliciously disparaged Ambassador Grenell on Twitter.

These attacks on Amb. Grenell and his record are hateful and ludicrous and must stop. Grenell’s record shows that he is one of the fiercest fighters against antisemitism and terrorism, and defenders of the Jewish people and the Jewish State of Israel. Here are just a few of many examples:

Describing Grenell as “my dear friend and one of the greatest friends of the Jewish people and Israel,” ZOA National President Morton A. Klein strongly condemned Grenell’s detractors at Carnegie Mellon University: “Knowing Ric’s record of fighting antisemitism and terrorism, it’s an absolute disgrace that there is anyone at Carnegie Mellon University who would criticize Ric Grenell, or seek to harm him and his relationship with the university. He should not only be free from disparagement but should also be given an award by the university based on his exemplary public service. In fact the Zionist Organization of America presented Ric with our prestigious Woo Kai Sheng Award for Outstanding Diplomacy at our 2018 ZOA Gala Dinner. After making a spectacular pro-Israel speech, he received a standing ovation.

“Zachary Lipton, an assistant professor at Carnegie Mellon, has tweeted outrageous lies about Ric Grenell – and shamefully invoked the memory of the Holocaust to promote those lies. I won’t dignify Lipton’s comments by repeating his lies here. But I am the child of Holocaust survivors and was born in a displaced persons camp. I lost my grandparents and most of my aunts, uncles and cousins in the Holocaust. My father, a survivor of Auschwitz, lost his first family in the Holocaust. I have spent my life fighting Jew hatred in all its forms. I would speak out immediately, without any hesitation as I have done with others, if there was any question about Ric Grenell’s character and fitness to serve in any influential capacity, including at Carnegie Mellon and especially at the U.S. Holocaust Museum.

“My wife Rita and I were Ric’s guests at the ambassador’s residence in Berlin, Germany, when he was serving as the U.S. Ambassador. I spoke at the local shul there and met with the Chabad rabbi who raved about Ric. The rabbi told me that there’s been no one else like Ric Grenell and nothing that Ric wouldn’t do to support and protect the Jewish community. Ric is obviously so proud of his relationship with the Jewish community. A photo of Ric with the rabbi, embracing one another, was prominently displayed in the living room at the ambassador’s residence.

“We at the ZOA know firsthand that we can count on Ric Grenell to fight antisemitism and stand up for the Jewish community. In 2018, Susan Tuchman and I sought justice for a Jewish professor at Johns Hopkins University who was the victim of antisemitism in Germany. The professor was there to deliver a keynote university address. While walking in a park with a friend, wearing his kippah, the professor was physically assaulted by a self-identified Palestinian Arab man, who repeatedly grabbed for the professor’s kippah while yelling ‘no Jews in Germany’ and other anti-Jewish slurs. When the police arrived, they didn’t apprehend the antisemitic attacker. They tackled and physically assaulted the Jewish professor instead. Making matters worse, they later threatened the professor with false charges if he proceeded with a complaint against the police, which he courageously pursued anyway.

“We went to several prominent U.S. government officials, seeking help in obtaining justice for this Jewish professor. While some helped, no one did so more vigilantly than Ambassador Ric Grenell and his staff.

“Zachary Lipton and others should retract their shamefully baseless attacks against Ric Grenell and apologize to him. All efforts to disparage him or to threaten his position at Carnegie Mellon should stop immediately. No one has fought harder for the Jewish people and the Jewish state. Ric is an important and valuable addition to Carnegie Mellon University. He will be a very important and very valuable addition to the U.S. Holocaust Museum. The university should make that clear and speak out forcefully for this great public servant who has valiantly fought against antisemitism and against Israel hatred and terrorism, and stood up for human rights.”

We would love to hear from you! Please fill out this form and we will get in touch with you shortly.
Trending Z
News January 11, 2021
ZOA Condemns U.S. State Dept. & U.S. Amb. Nides For Siding with Antisemitic, Discriminatory Palestinian & Hamas Terrorists re: the Temple Mount, Violating Jews’ Religious Freedom
News January 11, 2021
ZOA’s Klein JPost Op-Ed: There is Nothing Extreme About Israel’s New Government
Uncategorized January 11, 2021
FLASH: ISRAEL-JORDAN PEACE TREATY (1994) GUARANTEES JEWS ACCESS TO THE TEMPLE MOUNT – LET MY PEOPLE PRAY
Uncategorized January 11, 2021
ZOA Analysis: Most American Rabbis Who Are Boycotting Some Israeli Ministers Are From Extremist Left Wing Groups (J Street; T’ruah; JVP)
Center for Law & Justice
We work to educate the American public and Congress about legal issues in order to advance the interests of Israel and the Jewish people.
We assist American victims of terrorism in vindicating their rights under the law, and seek to hold terrorists and sponsors of terrorism accountable for their actions.
We fight anti-Semitism and anti-Israel bias in the media and on college campuses.
We strive to enforce existing law and also to create new law in order to safeguard the rights of the Jewish people in the United States and Israel.
Our Mission
ZOA STATEMENT
The ZOA speaks out for Israel – in reports, newsletters, and other publications. In speeches in synagogues, churches, and community events, in high schools and colleges from coast to coast. In e-mail action alerts. In op-eds and letters to the editor. In radio and television appearances by ZOA leaders. Always on the front lines of pro-Israel activism, ZOA has made its mark.
Connect with us
Sign up for our Newsletter