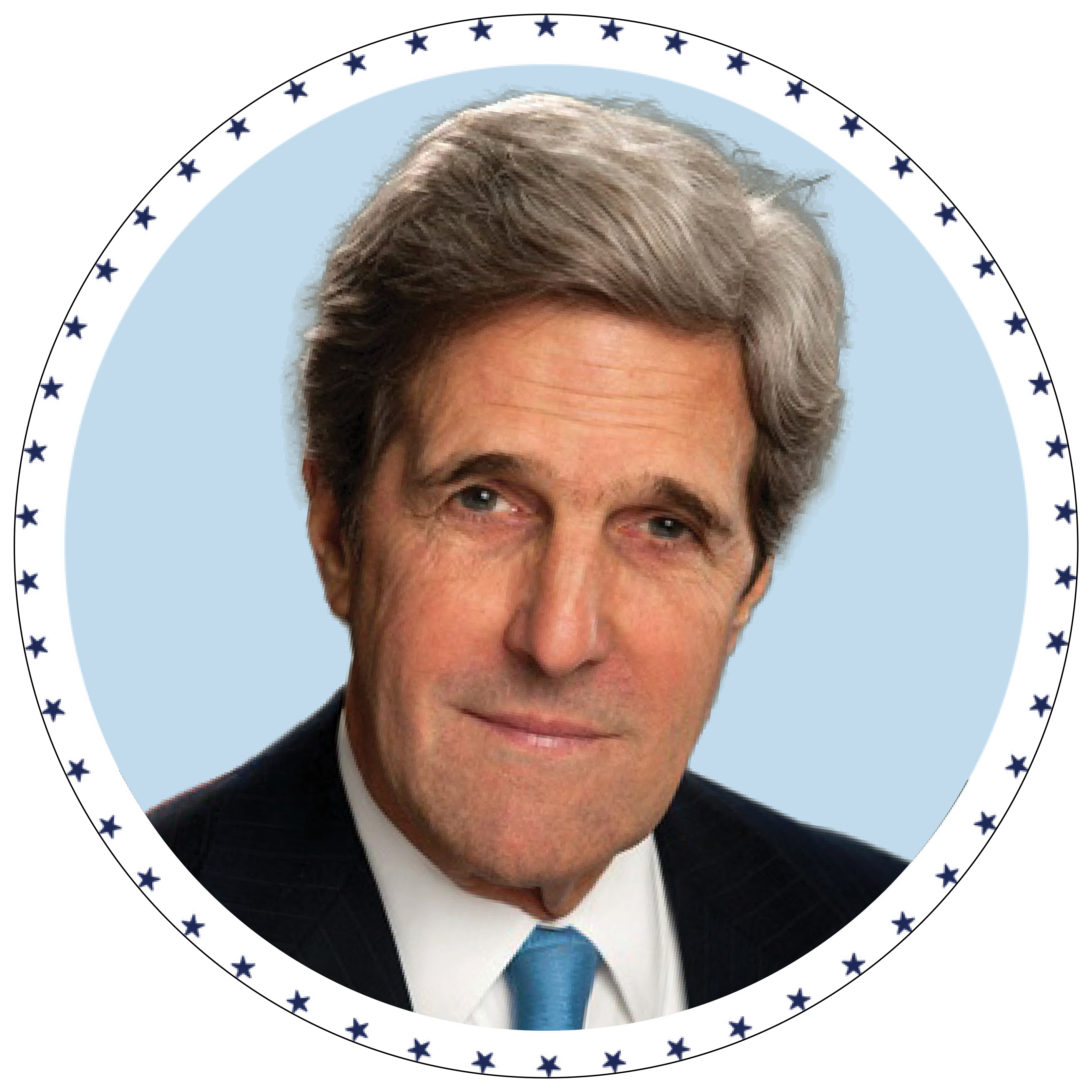 The ZOA opposes President Joe Biden “Special Presidential Envoy for Climate” appointee John Kerry. Kerry is yet another dangerous anti-Israel, pro-Iran appointee in the new administration’s deeply worrisome “National Security” team. Kerry is infamous for appeasing Iran, undermining Israel, threatening and sabotaging Israel, and repeatedly “getting it wrong” on foreign policy during his tenure as Secretary of State during the Obama administration.

Kerry defended and lied about the disastrous Iran deal at the Democratic National Convention in August 2020. At the DNC, Kerry falsely stated that the Obama-Biden Iran deal “eliminated the threat of an Iran with a nuclear weapon.” In fact, the Iran deal placed roadblocks including: lengthy delays on the IAEA (International Atomic Energy Agency)’s ability to inspect suspected Iranian nuclear facilities; provided short expiration dates on the restrictions on Iran that we are now running up against; permitted Iran to continue industrial-scale enrichment and advanced centrifuge development activities; suspended the sanctions regime; and paved Iran’s way to developing a nuclear bomb.

Moreover, the $150 billion of sanctions relief that the Iran deal provided to Iran enabled the Islamic Republic of Iran to increase its terror activities, and increase its military expenditures by 30%, to a record high. By contrast, President Trump’s maximum pressure sanctions directly caused Iran to decrease its military budget by nearly 25% in 2019. The U.S. State Department reported that the re-imposition of sanctions caused Iranian “regime’s terrorist proxies and partners beg for cash, and have been forced to take austerity measures, even furloughing some terrorist fighters.” (See “The Importance of Sanctions on Iran,” by Sec’y of State Michael R. Pompeo, Nov. 18, 2020.)

Kerry Supported Blocking Middle East Peace to Cater to the Intransigent Palestinian Arab Terror Regime: In 2016, Kerry insisted: “There will be no advance and separate peace between Israel and the Arab world, without the Palestinian process and Palestinian peace. Everybody needs to understand that. That is a hard reality.” (video) The Abraham Accords proved Kerry completely wrong.

Kerry Continues to Absurdly Claim Palestinian Arabs are Committed to Non-Violence: Further, in 2017, in the midst of the recent wave of Palestinian Arab murders of innocent Jews, instigated by the Palestinian Authority’s incitement and pay-to-slay incentives, Kerry ludicrously asserted: “The Palestinians have done an extraordinary job of remaining committed to nonviolence.”

In sum, Israelophobe and Iran-apologist John Kerry does not belong on the Biden administration’s national security team.

You can find information on more of President Biden’s appointments HERE.

We would love to hear from you! Please fill out this form and we will get in touch with you shortly.
Trending Z
Uncategorized January 26, 2021
ZOA Analysis: Most American Rabbis Who Are Boycotting Some Israeli Ministers Are From Extremist Left Wing Groups (J Street; T’ruah; JVP)
Uncategorized January 26, 2021
ZOA: Israel’s Reasonable Judicial Reform Proposals Are Good for Democracy, the Rule of Law and the Economy
News January 26, 2021
ZOA is Disappointed, Offended and Frightened by 211 U.S. House Votes Supporting Jew-Hating, Israel-Hating Rep. Ilhan Omar
Uncategorized January 26, 2021
Israel’s “Right of Return” Grandparent Clause is De-Judaizing the Jewish State – Eliminate It
Center for Law & Justice
We work to educate the American public and Congress about legal issues in order to advance the interests of Israel and the Jewish people.
We assist American victims of terrorism in vindicating their rights under the law, and seek to hold terrorists and sponsors of terrorism accountable for their actions.
We fight anti-Semitism and anti-Israel bias in the media and on college campuses.
We strive to enforce existing law and also to create new law in order to safeguard the rights of the Jewish people in the United States and Israel.
Our Mission
ZOA STATEMENT
The ZOA speaks out for Israel – in reports, newsletters, and other publications. In speeches in synagogues, churches, and community events, in high schools and colleges from coast to coast. In e-mail action alerts. In op-eds and letters to the editor. In radio and television appearances by ZOA leaders. Always on the front lines of pro-Israel activism, ZOA has made its mark.
Related Articles
OP-ED Iran Sanctions Relief Will Provide Billions To Fund/Arm Terrorists