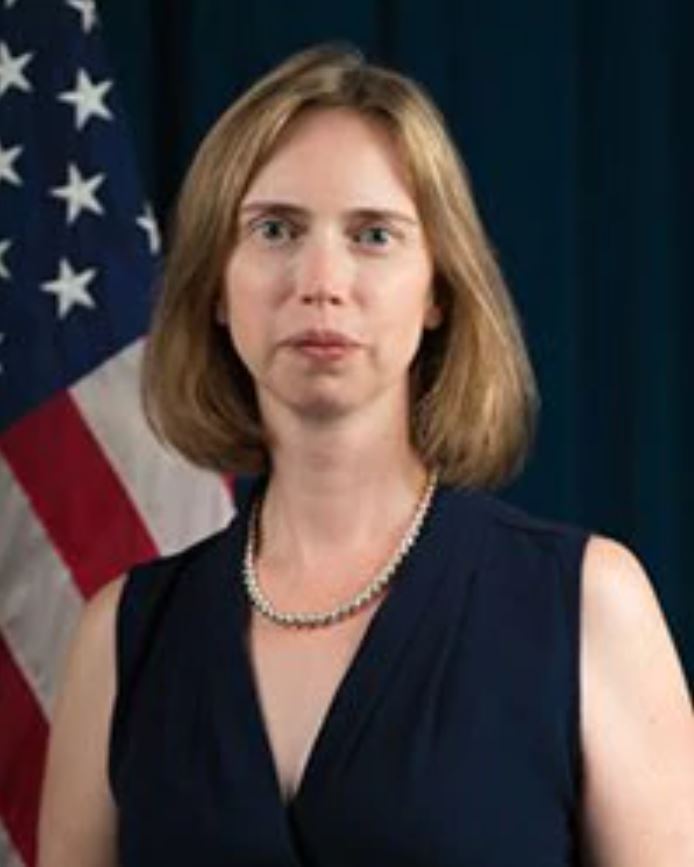 The ZOA strongly praises the Biden Administration for stating it “embraces and champions” the International Holocaust Remembrance Alliance (IHRA) definition of Antisemitism.

“We must educate ourselves and our communities to recognize antisemitism in its many forms, so that we can call hate by its proper name and take effective action. That is why the International Holocaust Remembrance Alliance’s working definition of antisemitism, with its real-world examples, is such an invaluable tool. As prior U.S. Administrations of both political stripes have done, the Biden Administration embraces and champions the working definition. We applaud the growing number of countries and international bodies that apply it. We urge all that haven’t done so to do likewise.”

ZOA agrees. This IHRA definition must be adopted throughout the world, and followed up with effective, continuous, relentless action to diminish and end the longest hatred known to humankind.

At this time when antisemitic acts of dangerous, overt Jew-hatred and hatred of the Jewish State of Israel are increasing throughout the world at a frightening pace, it is especially important to clearly, accurately, and comprehensively define antisemitism, so it can more effectively be combatted before it turns into greater violence against Jews. As the distinguished historian Paul Johnson wrote in his highly respected book, “The History of the Jews”: “One of the principle lessons of Jewish history has been that repeated verbal slanders are sooner or later followed by violent physical deeds. Time and again over the centuries, antisemitic writings have created their own fearful momentum which climaxed in an effusion of Jewish blood.”

This truth has been horrifically demonstrated in the Mideast where the Palestinian Authority (PA) promotes ugly lies demonizing Jews in the PA’s media, speeches, and sermons. The PA’s demonization of Jews has been significant in leading to Palestinian Arab terrorists murdering 2,000 innocent Jews and maiming another 10,000 innocent Jews.

ZOA also praises other important aspects of Deputy Assistant Secretary Kara McDonald’s speech, including her statements opposing circumcision bans and kosher slaughter bans; her recognition that antisemitism is a multi-headed hydra; her consequent support for comprehensive, multi-lateral approaches to combating antisemitism; her strong call for rejecting Holocaust denial; and her condemnation of outrageous antisemitic COVID conspiracy theories. Sadly, the Palestinian Authority is a leading promoter of such antisemitic COVID conspiracy theories.

“We must also understand that the viability of Jewish communities is threatened in a different way through enacted or contemplated bans in some countries on ritual slaughter and male circumcision. . . . [S]uch measures have the effect of making it difficult if not impossible for Jews to practice their faith. . . .

“The Biden Administration agrees that the global community’s response to the evil of antisemitism must be as comprehensive as it is concerted. We must forge coalitions of conscience – here in the OSCE and within other multilateral organizations and at all levels of government. We need to build partnerships with civil society organizations and the private sector, to work across diverse communities and among all faiths. The ancient hatred of antisemitism is ever evolving. It cuts across ideology, political party, group, and nation, so our efforts must be equally wide-ranging and relentless. Thus, we appreciate the European Council’s recent Declaration mainstreaming the fight against antisemitism and its taking an across-the-board approach. . .

“It is incumbent on us all to remain vigilant and speak out every time we see the persistent evil of antisemitism rear its ugly head. No society, no country is immune, particularly in an age when hatemongers misuse the internet and social media to spew their bile with unprecedented speed and reach. During this past year, outrageous conspiracy theories have proliferated, falsely blaming Jews for creating, deliberately spreading, and profiting from COVID-19. It is our collective duty to oppose those who traffic in pernicious stereotypes, employing antisemitic tropes to promote their warped agendas or for their political gain. . . .

“We must reject every effort to deny, distort, or diminish the indisputable fact of the Holocaust.”

ZOA looks forward to working with the Biden Administration and Deputy Assistant Secretary McDonald to fight the dangerous, frightening, and increasing scourge of Jew-hatred.

We would love to hear from you! Please fill out this form and we will get in touch with you shortly.
Trending Z
News February 4, 2021
ZOA Deplores that Pres. Trump Dined with Jew-Haters Kanye West & Nick Fuentes, and Demands he Condemn Them
Uncategorized February 4, 2021
ZOA Honors Trump With Rarely Given Herzl Award for His Great Pro-Israel Work – Joins Ranks of Balfour, Truman, Begin, Meir, Ben-Gurion
News February 4, 2021
ZOA Responds to Questions About Pres. Trump, Kanye West, Fuentes, etc. Issue
Uncategorized February 4, 2021
Zionist Organization of America Honors Donald Trump for Support for Israel, Jewish Community
Center for Law & Justice
We work to educate the American public and Congress about legal issues in order to advance the interests of Israel and the Jewish people.
We assist American victims of terrorism in vindicating their rights under the law, and seek to hold terrorists and sponsors of terrorism accountable for their actions.
We fight anti-Semitism and anti-Israel bias in the media and on college campuses.
We strive to enforce existing law and also to create new law in order to safeguard the rights of the Jewish people in the United States and Israel.
Our Mission
ZOA STATEMENT
The ZOA speaks out for Israel – in reports, newsletters, and other publications. In speeches in synagogues, churches, and community events, in high schools and colleges from coast to coast. In e-mail action alerts. In op-eds and letters to the editor. In radio and television appearances by ZOA leaders. Always on the front lines of pro-Israel activism, ZOA has made its mark.
Related Articles
OP-ED ZOA Mourns Passing of Ariel Founder & Visionary, Ron Nachman