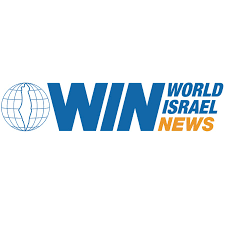 “This is truly dangerous.” So said former U.S. Ambassador to the UN Nikki Haley when asked about the Biden administration’s efforts to reenter the Iran nuclear deal during a Fox News interview on Wednesday.

She told Fox News Primetime host Trey Gowdy that Biden plans “to lift all the sanctions that we put on Iran,” adding that those sanctions weakened Iran and stopped it from funding terrorists.

It also “weakened their economy so much that they’ve got the Iranian people demonstrating in the street against the regime,” she said.

Describing Biden’s Iran plans as “literally Obama 2.0,” Haley said the new administration is prepared to jump back into the deal without asking Iran to leave Syria, stop its nuclear and missile program, or stop funding terrorism.

“The Biden administration is snubbing our friends like Israel but they’re cozying up to enemies like Iran,” Haley added.

Haley also brought up the fact that Biden has yet to reach out to Prime Minister Benjamin Netanyahu since his inauguration.

“Biden’s been in office for two weeks now. He has yet to call the Israeli prime minister, one of our closest allies,” she said. “I don’t understand the logic.”

Haley was first asked about China. She says the U.S. is hamstringing itself in terms of its defense capabilities by reentering the START Treaty with Russia, which limits U.S. nuclear armaments, while China continues to advance.

“My concern is the Biden administration is not taking China seriously,” Haley said.

This article was originally published by World Israel News and can be found here.

We would love to hear from you! Please fill out this form and we will get in touch with you shortly.
Trending Z
News February 10, 2021
ZOA Deplores that Pres. Trump Dined with Jew-Haters Kanye West & Nick Fuentes, and Demands he Condemn Them
Uncategorized February 10, 2021
ZOA Honors Trump With Rarely Given Herzl Award for His Great Pro-Israel Work – Joins Ranks of Balfour, Truman, Begin, Meir, Ben-Gurion
News February 10, 2021
ZOA Responds to Questions About Pres. Trump, Kanye West, Fuentes, etc. Issue
Uncategorized February 10, 2021
Zionist Organization of America Honors Donald Trump for Support for Israel, Jewish Community
Center for Law & Justice
We work to educate the American public and Congress about legal issues in order to advance the interests of Israel and the Jewish people.
We assist American victims of terrorism in vindicating their rights under the law, and seek to hold terrorists and sponsors of terrorism accountable for their actions.
We fight anti-Semitism and anti-Israel bias in the media and on college campuses.
We strive to enforce existing law and also to create new law in order to safeguard the rights of the Jewish people in the United States and Israel.
Our Mission
ZOA STATEMENT
The ZOA speaks out for Israel – in reports, newsletters, and other publications. In speeches in synagogues, churches, and community events, in high schools and colleges from coast to coast. In e-mail action alerts. In op-eds and letters to the editor. In radio and television appearances by ZOA leaders. Always on the front lines of pro-Israel activism, ZOA has made its mark.
Related Articles
OP-ED Iran Sanctions Relief Will Provide Billions To Fund/Arm Terrorists