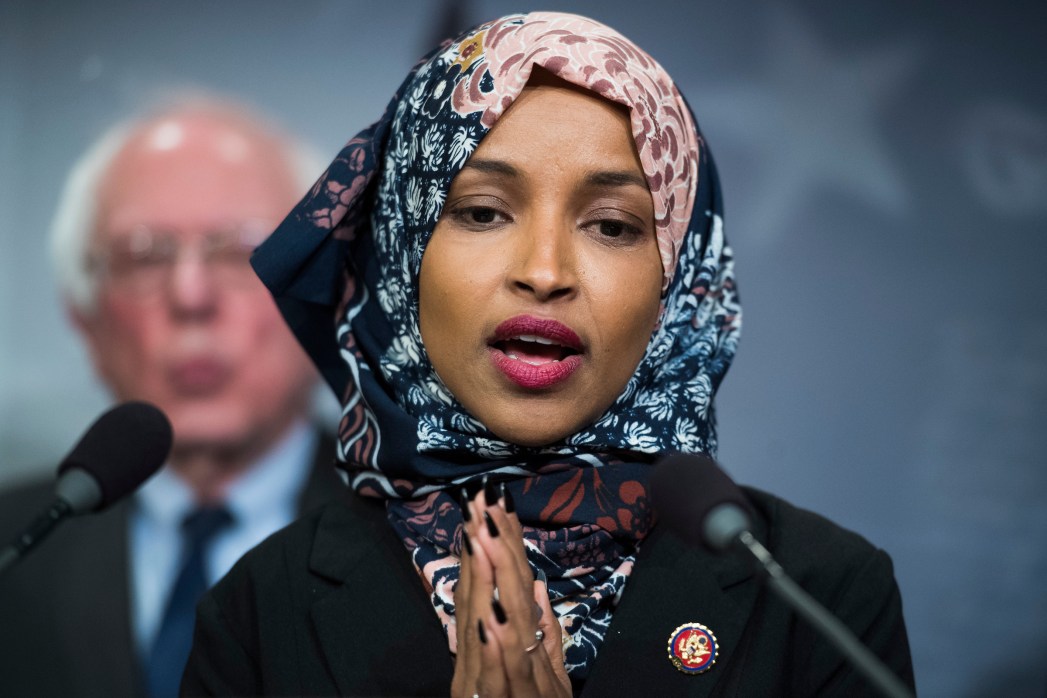 The ZOA strongly opposes, condemns, and urges the retraction of the outrageous appointment of vicious antisemite, Israel-basher and anti-Israel-BDS-promoter Ilhan Omar to be Vice Chairwoman of the House Foreign Affairs Committee’s Subcommittee on Africa, Global Health, and Global Human Rights.

Omar should certainly not be elevated to her new leadership position – which will give her an even bigger platform for spewing her hateful antisemitism, Israel-bashing and promotion of boycotts against the Middle East’s only human-rights-loving democracy, Israel.

Rep. Omar is infamous for her numerous anti-Jewish, anti-American, and anti-Israel statements and legislative actions.  For instance, Omar:

Ben Weingarten’s eye-opening book, “American Ingrate: Ilhan Omar and the Progressive-Islamist Takeover of the Democratic Party,” (which was featured in the ZOA Virtual Book Club) describes Ilhan Omar’s privileged background in Somalia; campaign with Bernie Sanders to lift Iranian sanctions as an unregistered foreign agent for the Iranian regime; and Omar’s legitimization of Jew-hatred, hatred of the Jewish state, and hatred of America.  (See video part 1 and part 2.)

Elevating Omar to a position overseeing “global human rights” is a dangerous travesty that will help mainstreaming and legitimizing Israel-hatred and Jew-hatred.

ZOA urges Jewish and Christian and Muslim organizations of good will to speak out about this frightening appointment.

We would love to hear from you! Please fill out this form and we will get in touch with you shortly.
Trending Z
News February 12, 2021
ZOA Deplores that Pres. Trump Dined with Jew-Haters Kanye West & Nick Fuentes, and Demands he Condemn Them
News February 12, 2021
Newsweek Op-Ed by ZOA’s Mort Klein: ZOA Honoring Trump as the Greatest President Ever for Israel and American Jews
Uncategorized February 12, 2021
ZOA Honors Trump With Rarely Given Herzl Award for His Great Pro-Israel Work – Joins Ranks of Balfour, Truman, Begin, Meir, Ben-Gurion
Uncategorized February 12, 2021
Zionist Organization of America Honors Donald Trump for Support for Israel, Jewish Community
Center for Law & Justice
We work to educate the American public and Congress about legal issues in order to advance the interests of Israel and the Jewish people.
We assist American victims of terrorism in vindicating their rights under the law, and seek to hold terrorists and sponsors of terrorism accountable for their actions.
We fight anti-Semitism and anti-Israel bias in the media and on college campuses.
We strive to enforce existing law and also to create new law in order to safeguard the rights of the Jewish people in the United States and Israel.
Our Mission
ZOA STATEMENT
The ZOA speaks out for Israel – in reports, newsletters, and other publications. In speeches in synagogues, churches, and community events, in high schools and colleges from coast to coast. In e-mail action alerts. In op-eds and letters to the editor. In radio and television appearances by ZOA leaders. Always on the front lines of pro-Israel activism, ZOA has made its mark.
Related Articles
OP-ED Iran Sanctions Relief Will Provide Billions To Fund/Arm Terrorists