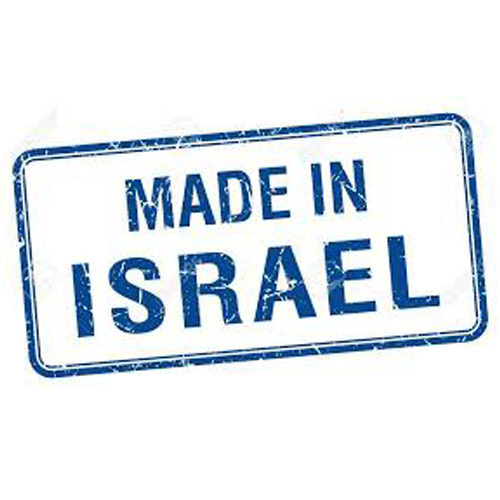 The Zionist Organization of America spearheaded a letter, together with 24 pro-Israel Jewish and Rabbinic organizations, to Secretary of Homeland Security Alejandro Mayorkas, urging the Secretary to maintain the current Israeli products labeling regulations.  The current regulations were promulgated in November 2020, and properly permit Israeli products from areas in the Jewish heartland controlled by Israel, in which 500,000 Jewish Israelis live and constitute the majority population (Areas C and H2 of Judea-Samaria), to be labeled “Made in Israel” or “Israel” or “Product of Israel.”  A copy of the letter is printed here.

“Product of Israel,” “Israel” and “Made in Israel” are reality-based, proper labels because Israel is the “relevant authority” in Areas C and H2 of Judea-Samaria.

The current regulations also help prevent anti-Jewish discrimination and boycotts against the majority Jewish population in Judea-Samaria; are helpful to American kosher consumers; and avoid confusion.  The current regulations also carry out U.S. Congressional policies to promote trade with Israel, to oppose anti-Israel boycotts and trade restrictions, and to include “territories controlled by Israel” in these pro-Israel trade policies.

Moreover, the current labeling regulations are in accordance with binding international law, to which the United States is a party, which guarantees Judea and Samaria for close Jewish settlement and reconstitution of the Jewish Homeland, Israel.

The ZOA-spearheaded letter provides the detailed historical, legal, legislative and moral background as to why the current “Made in Israel” regulations should be maintained.

ZOA President Morton Klein noted: “This is a matter in which the administration can do good by doing nothing to change the current, proper status quo.”

The ZOA applauds and warmly thanks these 24 pro-Israel Jewish and Rabbinic organizations who joined together to sign the letter to Secretary Mayorkas to preserve the current “Made in Israel” regulations:

• The Zionist Organization of America (“ZOA”)

• The Coalition for Jewish Values (“CJV,” comprised of over 1,500 American Rabbis)

• The Coordinating Council for the Jewish Homeland (“CCJH”)

• Americans for Peace and Tolerance (“APT”)

• Americans for a Safe Israel (“AFSI”)

We would love to hear from you! Please fill out this form and we will get in touch with you shortly.
Trending Z
Uncategorized March 10, 2021
FLASH: ISRAEL-JORDAN PEACE TREATY (1994) GUARANTEES JEWS ACCESS TO THE TEMPLE MOUNT – LET MY PEOPLE PRAY
Uncategorized March 10, 2021
ZOA Analysis: Most American Rabbis Who Are Boycotting Some Israeli Ministers Are From Extremist Left Wing Groups (J Street; T’ruah; JVP)
Uncategorized March 10, 2021
Israel’s “Right of Return” Grandparent Clause is De-Judaizing the Jewish State – Eliminate It
Uncategorized March 10, 2021
Exclusive: ZOA Accuses Ilhan Omar of Hating the U.S. ‘as Much as Israel,’ Lauds Kevin McCarthy for ‘Throwing Her Off the HFAC’
Center for Law & Justice
We work to educate the American public and Congress about legal issues in order to advance the interests of Israel and the Jewish people.
We assist American victims of terrorism in vindicating their rights under the law, and seek to hold terrorists and sponsors of terrorism accountable for their actions.
We fight anti-Semitism and anti-Israel bias in the media and on college campuses.
We strive to enforce existing law and also to create new law in order to safeguard the rights of the Jewish people in the United States and Israel.
Our Mission
ZOA STATEMENT
The ZOA speaks out for Israel – in reports, newsletters, and other publications. In speeches in synagogues, churches, and community events, in high schools and colleges from coast to coast. In e-mail action alerts. In op-eds and letters to the editor. In radio and television appearances by ZOA leaders. Always on the front lines of pro-Israel activism, ZOA has made its mark.
Related Articles
OP-ED Iran Sanctions Relief Will Provide Billions To Fund/Arm Terrorists