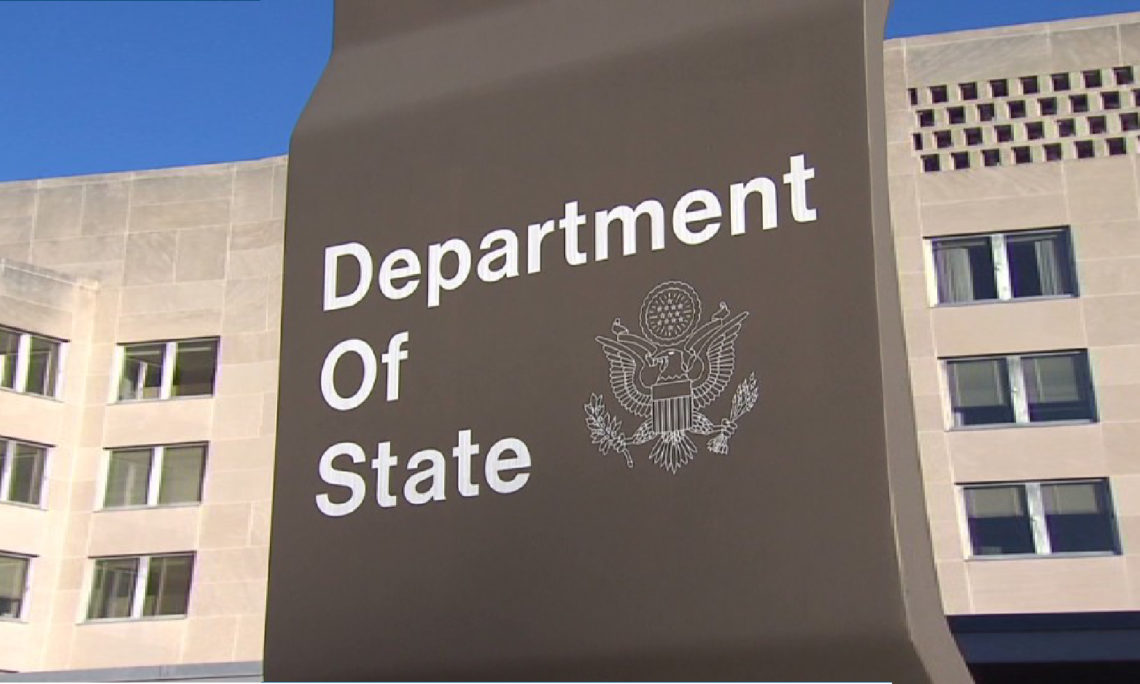 ZOA strongly condemned the announcement by the left wing Biden Administration that it was resuming at least $235 million in U.S. aid to the terrorist dictatorship of the Palestinian Authority (PA) and the anti-Israel UNRWA (United Nations Relief and Works Agency for Palestine Refugees). President Trump had suspended all aid in response to PA refusal to negotiate, paying Arabs lifetime pensions to murder Jews, and UNRWA educational programs teaching hatred of Jews and Israel, and their operations with the terrorist group HAMAS.

“This U.S. taxpayers’ money given to the PA in the face of Palestinian Arab anti-peace, pro-terror behavior is a grave and horrific mistake. Some have wrongly urged Israel to go along with the Biden administration on this matter and avoid confrontation. This week alone there are also battles over negotiations with Iran, UN abuses, and repealing sanctions on the International Criminal Court (ICC) because of this Biden Administration’s extraordinary bias against Israel. ZOA urges all Jewish and Christian groups to strongly speak. We dare not be silent as it does not serve the interests of peace.”

U.S. laws, including the Taylor Force Act (Title X of P. L. 115‐141), prohibit aid, except certain extremely specific humanitarian exceptions, to the PA until they stop using our money to make payments to Arab Jew-killers and their families as direct rewards for killing Jews. This law resulted from a bipartisan consensus that aid to the Palestinians should be curtailed until the PA ends its ‘pay to slay’ payments.  On March 18 the State Dept. informed the Senate that this outrage continues, noting that in 2019 the Palestinian dictatorship spent $342.6 million on payments to Arab Jew-killers.

Other provisions of U.S. law prevent the resumption of aid because the PA has pursued bringing criminal charges against Israel at the International Criminal Court (ICC) in violation of the terms of the Oslo Accords and other agreements they have signed but refuse to honor. The Biden administration’s State Department falsely announced that all aid payments would be “consistent with U.S. law.” Unfortunately, that is simply not the case.

UNRWA was founded in 1949 to provide relief to refugees resulting from the Arab war against reestablishment of the Jewish State of Israel in 1948, which resulted in the deaths of 1% of the population of the fledgling state. It has morphed into a huge operation, now providing subsidies to the descendants of Arab refugees only. All other refugees in the world are provided for in an efficient way by the UN High Commissioner for Refugees (UNHCR). Unlike the UNHCR, UNRWA provides services to generations of offspring, regardless of the permanence of their condition, and with no aim towards resettlement.

Israeli Ambassador to the U.S. Gilad Erdan was very clear:

“Israel is strongly opposed to the anti-Israel and antisemitic activity happening in UNRWA’s facilities. UNRWA schools regularly use materials that incite against Israel, and the twisted definition used by the agency to determine who is a ‘refugee’ only perpetuates the conflict.”

The resumption of aid to the PA and UNRWA is counterproductive. Proponents of the aid point to the humanitarian exceptions provided in legislation—for example payments to Arab hospitals in eastern Jerusalem. In fact, under a purposefully under-publicized proposal sent to Congress on March 26, $75 million in aid will be provided to the PA for Economic Support Funds that are explicitly prohibited by the Taylor Force Act.

Even if this funding were allowed under U.S. law, they would be a poor policy decision. The PA is the reason peace is not moving forward with the Palestinian Arabs, and yet the Biden administration wishes to reward them. The PA opposes the Abraham Accords, which have brought so much hope to the peoples of the region. The PA continues to deny Israel’s right to identify itself as a Jewish state, and continues to flirt with establishing a unity government with the terrorist overlords of Gaza; Hamas.

If the aid to the PLO were legal there would also be significant questions about in whose pockets the funds would end up. On March 19, the Government Accountability Office (GAO) found that for fiscal years 2015-2019, USAID “did not consistently ensure” that grants would not be passed along to terrorist groups and individual terrorists. Corruption is so endemic that officials regard the diversion of funds to relatives of leaders of the PA to be a cost of doing business.

Sen. Ted Cruz (R-TX) has properly originated a letter to Secretary of State Blinken asking that all aid be suspended until the legality and effectiveness of the expenditures can be assured. ZOA strongly supports those steps and we also urge President Biden not to fund the Palestinian Authority, a terrorist dictatorship, and UNRWA, a promoter of hatred and violence against the Jewish people and the Jewish state.

We would love to hear from you! Please fill out this form and we will get in touch with you shortly.
Trending Z
News April 8, 2021
New Biden Nominees Opposed Abraham Accords & Involved in Israeli Election Interference
Uncategorized April 8, 2021
ZOA Letter to DOJ & FBI on New “Mapping Project” Antisemitic Threat by ZOA Pres. Morton Klein, Dir. of Research/Special Projects Liz Berney, Esq., Dir. Center for Law & Justice Susan Tuchman, Esq.
Op-Ed April 8, 2021
ZOA’s Mort Klein JPost Op-Ed: BDS Mapping Project Targets Every Jew, Including Left Wing, Israelophobic Jews
News April 8, 2021
U.S. Senators Criticize Tamara Wittes, Biden Nominee’s Anti-Israel Bias ― Jewish Groups are Deafeningly Silent
Center for Law & Justice
We work to educate the American public and Congress about legal issues in order to advance the interests of Israel and the Jewish people.
We assist American victims of terrorism in vindicating their rights under the law, and seek to hold terrorists and sponsors of terrorism accountable for their actions.
We fight anti-Semitism and anti-Israel bias in the media and on college campuses.
We strive to enforce existing law and also to create new law in order to safeguard the rights of the Jewish people in the United States and Israel.
Our Mission
ZOA STATEMENT
The ZOA speaks out for Israel – in reports, newsletters, and other publications. In speeches in synagogues, churches, and community events, in high schools and colleges from coast to coast. In e-mail action alerts. In op-eds and letters to the editor. In radio and television appearances by ZOA leaders. Always on the front lines of pro-Israel activism, ZOA has made its mark.
Related Articles
OP-ED ZOA Mourns Passing of Ariel Founder & Visionary, Ron Nachman