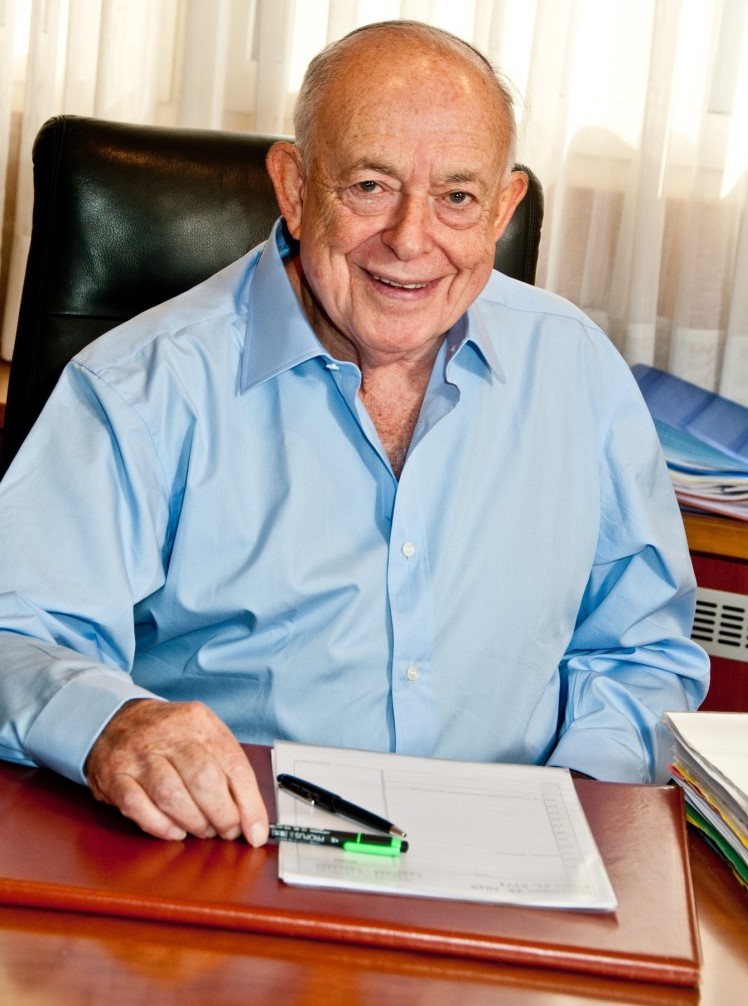 ZOA President Morton Klein released the following statement on behalf of all of ZOA:

Isi Leibler was a dear and special friend of mine and the Zionist Organization of America (ZOA). Isi was the leader of the Australian Jewish community and a world class businessman before he made Aliyah. He was a Zionist giant and a fervent, committed, observant, proud Jew. In his columns in the Jerusalem Post, he spoke out passionately about the Arab/Islamic war against Israel and about the reluctance of mainstream Jewry and its leaders to speak out more courageously about our enemies and political foes. He was concerned about the Jewish community’s embrace of the antisemitic, anti-Israel organization Black Lives Matter, and was one of the few journalists to speak out against the anti-Israel policies of Barack Obama and the reluctance of the Jewish leaders to speak out, and worse, that many praised Obama. Isi was also concerned about the ADL’s harmful actions and policies. I’m proud to say he wrote numerous articles expressing great support for and appreciation of the ZOA and its strong policies, frequently stating we were alone in expressing the truth about issues affecting our people.

I spoke to Isi regularly and only several weeks ago, I had a wonderful conversation with Isi and offered him the ZOA Mort Zuckerman Award for Outstanding Journalism at ZOA’s next Gala in the fall. We were honored that he readily accepted. It is with great pain and regret that that wonderful moment won’t happen. The ZOA and the Jewish world will miss Isi Leibler greatly. May his family be comforted among the mourners of Zion and Jerusalem.

We would love to hear from you! Please fill out this form and we will get in touch with you shortly.
Trending Z
Uncategorized April 13, 2021
FLASH: ISRAEL-JORDAN PEACE TREATY (1994) GUARANTEES JEWS ACCESS TO THE TEMPLE MOUNT – LET MY PEOPLE PRAY
Uncategorized April 13, 2021
ZOA Analysis: Most American Rabbis Who Are Boycotting Some Israeli Ministers Are From Extremist Left Wing Groups (J Street; T’ruah; JVP)
Uncategorized April 13, 2021
Israel’s “Right of Return” Grandparent Clause is De-Judaizing the Jewish State – Eliminate It
Uncategorized April 13, 2021
Exclusive: ZOA Accuses Ilhan Omar of Hating the U.S. ‘as Much as Israel,’ Lauds Kevin McCarthy for ‘Throwing Her Off the HFAC’
Center for Law & Justice
We work to educate the American public and Congress about legal issues in order to advance the interests of Israel and the Jewish people.
We assist American victims of terrorism in vindicating their rights under the law, and seek to hold terrorists and sponsors of terrorism accountable for their actions.
We fight anti-Semitism and anti-Israel bias in the media and on college campuses.
We strive to enforce existing law and also to create new law in order to safeguard the rights of the Jewish people in the United States and Israel.
Our Mission
ZOA STATEMENT
The ZOA speaks out for Israel – in reports, newsletters, and other publications. In speeches in synagogues, churches, and community events, in high schools and colleges from coast to coast. In e-mail action alerts. In op-eds and letters to the editor. In radio and television appearances by ZOA leaders. Always on the front lines of pro-Israel activism, ZOA has made its mark.
Related Articles
OP-ED Dershowitz: Forward Article is “Most Despicable Ever in Jewish Media”