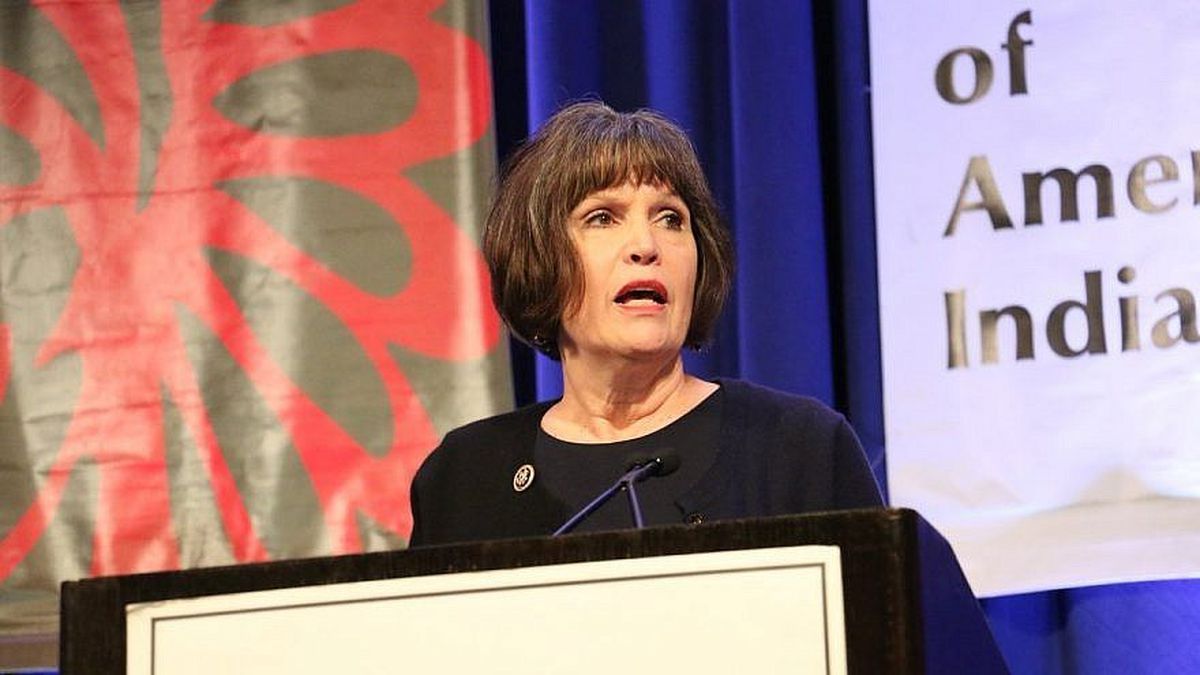 ZOA strongly condemns the bill introduced by Israel-hater Rep. Betty McCullom (D-MN) and supported by a collection of the worst enemies of Israel in the Congress, including antisemitic Israelophobe Ilhan Omar (D-MN). McCullum has earned a reputation as a rabid Jew-hating Israel-basher by her previous actions in Congress, and once releasing a press release demonizing AIPAC as a “hate group” that is guilty of “incitement,” and “weaponizing antisemitism” (McCollum Statement).

McCollum’s (and Omar’s) irrational, bigoted hatred of America’s greatest and most reliable ally must have consequences. ZOA urges every Democratic politician, and every member of Congress to speak up against this outrageous attempt to slander Israel. The bill itself bears a title worthy of Orwell: “Defending the Human Rights of Palestinian Children and Families Living Under Israeli Military Occupation Act” (HR 2590). Its self-described purpose is full of lies: to “protect the human rights of Palestinians…and to ensure that United States taxpayer funds are not used…to support the military detention of Palestinian children.”

In fact, the true purpose is to libel Israel for arresting brutal Arab teenagers who are terrorist-murderers of innocent Jews – including the 17-year-old Arab terrorist who broke into the home of a family and horrifically stabbed to death an innocent 13-year-old Jewish American Israeli girl who was sleeping in her bed, Hallel Yaffa Ariel.

In fact, Israel treats children in Judea and Samaria in a totally fair manner, even when they are engaged in violence. Every civilized country in the world arrests and incarcerates violent offenders. Israel moreover has special rules in place to protect children in its legal system. (See “ZOA: J St Funded Cong. McCollum Should Withdraw Bill Penalizing Israel for Questioning/Arresting Young Palestinian Terrorists,”)

One of the organizations mentioned in the falsehood-infested bill is “Defense of Children International Palestine (DCIP),” which is actually affiliated with the Popular Front for the Liberation of Palestine (PFLP), a group designated as a terrorist organization by the U.S., EU, Canada, and Israel. The thirteen original co-sponsors are all Democrats, and represent the most extreme fringe of the party, including Reps. Ilhan Omar (MN), Rashida Tlaib (MI), Alexandria Ocasio-Cortez (NY), Ayanna Pressley (MA), and the newest addition to the hater squad, Rep. Jamaal Bowman (NY).

The list of extremist organizations which have endorsed this bill is both disgusting and familiar. It’s a who’s who of long time Israel-haters. It includes Council on American-Islamic Relations (CAIR), who were themselves named an unindicted co-conspirator in a terrorism case, Americans for Peace Now, CODE PINK, If Not Now, and Jewish Voice for Peace Action.

This bill, or one just like it, has been defeated in each of the last several Congresses. ZOA will stand once again with the decent, truly human rights-loving rational members of Congress, both Democrats and Republicans, to defeat this antisemitic libel once again.

We would love to hear from you! Please fill out this form and we will get in touch with you shortly.
Trending Z
News April 20, 2021
ZOA Condemns U.S. State Dept. & U.S. Amb. Nides For Siding with Antisemitic, Discriminatory Palestinian & Hamas Terrorists re: the Temple Mount, Violating Jews’ Religious Freedom
News April 20, 2021
ZOA’s Klein JPost Op-Ed: There is Nothing Extreme About Israel’s New Government
Uncategorized April 20, 2021
FLASH: ISRAEL-JORDAN PEACE TREATY (1994) GUARANTEES JEWS ACCESS TO THE TEMPLE MOUNT – LET MY PEOPLE PRAY
Uncategorized April 20, 2021
ZOA Analysis: Most American Rabbis Who Are Boycotting Some Israeli Ministers Are From Extremist Left Wing Groups (J Street; T’ruah; JVP)
Center for Law & Justice
We work to educate the American public and Congress about legal issues in order to advance the interests of Israel and the Jewish people.
We assist American victims of terrorism in vindicating their rights under the law, and seek to hold terrorists and sponsors of terrorism accountable for their actions.
We fight anti-Semitism and anti-Israel bias in the media and on college campuses.
We strive to enforce existing law and also to create new law in order to safeguard the rights of the Jewish people in the United States and Israel.
Our Mission
ZOA STATEMENT
The ZOA speaks out for Israel – in reports, newsletters, and other publications. In speeches in synagogues, churches, and community events, in high schools and colleges from coast to coast. In e-mail action alerts. In op-eds and letters to the editor. In radio and television appearances by ZOA leaders. Always on the front lines of pro-Israel activism, ZOA has made its mark.
Related Articles
OP-ED ZOA Urges Trump: Condemn Putin’s Slur On Jews & Other Groups