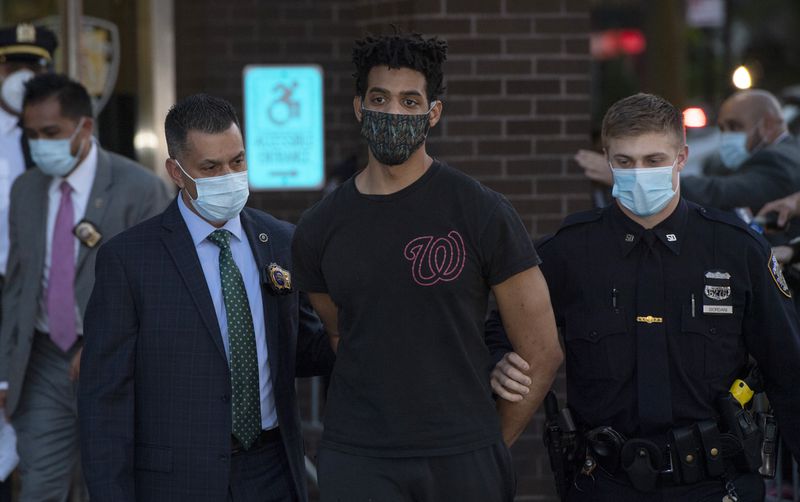 The ZOA is outraged that Jordan Burnette was released without bail, shortly after Burnette was arrested and charged with 42 counts of violently terrorizing the Jewish community in Riverdale, Bronx, NY. During his 11-day antisemitic terror spree, Burnette threw rocks and smashed doors and windows of four synagogues, the Riverdale Jewish Youth Library, and cars parked in nearby private driveways and streets, and desecrated and destroyed Jewish prayer books. The four synagogues that Burnette damaged were: Riverdale Jewish Center (RJC); Chabad Lubavitch of Riverdale; Young Israel of Riverdale; and Conservative Synagogue Adath Israel of Riverdale (CSAIR).

As the Algemeiner and others reported, the Jewish community in Riverdale is scared, terrified, angry, and disheartened that Burnette was released, so soon after the NY Police Department ably did its job by arresting Burnette. The failure to keep Burnette in jail sends a terrible message that perpetrators can commit violent, frightening hate crimes against Jews and others and then walk away, free to commit additional frightening antisemitic attacks.

ZOA moreover especially urged, and continues to urge, ending New York’s refusal to consider the danger a defendant poses to the public when making bail determinations. Considering danger to the public is essential for assuring public safety, and is constitutional. Indeed, in United States v. Salerno, 481 U.S. 739 (1987), the U.S. Supreme Court upheld taking danger to the community into account in bail and bail denial determinations. ZOA also noted that, in December 2019, in anticipation of the Bail Elimination Act, the New York courts repeatedly released alleged antisemitic assailant Tiffany Harris without bail, even though each time Harris was released, within a few hours Harris again perpetrated yet another unprovoked physical attack on Jewish women.

The recent attacks moreover remind us that we cannot afford to ignore antisemitic attacks from any quarter—left or right—violent extremist whites or violent extremist blacks or violent extremist Islamists. As civil rights activists, it is disheartening to see dangerous antisemitic attacks being perpetrated by extremist radical violent African Americans, including Burnette’s attack on the Jewish community in Riverdale; and in other numerous cases the murders of Jews in Jersey City and Monsey by violent Black supremacists; Tiffany Harris’ repeated attacks on Jewish women; and other recent brutal attacks on Jews in Brooklyn and Manhattan.  ZOA calls on all decent persons of all faiths and communities to stand up against antisemitism of every variety.

We would love to hear from you! Please fill out this form and we will get in touch with you shortly.
Trending Z
Uncategorized May 4, 2021
FLASH: ISRAEL-JORDAN PEACE TREATY (1994) GUARANTEES JEWS ACCESS TO THE TEMPLE MOUNT – LET MY PEOPLE PRAY
Uncategorized May 4, 2021
ZOA Analysis: Most American Rabbis Who Are Boycotting Some Israeli Ministers Are From Extremist Left Wing Groups (J Street; T’ruah; JVP)
Uncategorized May 4, 2021
Israel’s “Right of Return” Grandparent Clause is De-Judaizing the Jewish State – Eliminate It
Uncategorized May 4, 2021
Exclusive: ZOA Accuses Ilhan Omar of Hating the U.S. ‘as Much as Israel,’ Lauds Kevin McCarthy for ‘Throwing Her Off the HFAC’
Center for Law & Justice
We work to educate the American public and Congress about legal issues in order to advance the interests of Israel and the Jewish people.
We assist American victims of terrorism in vindicating their rights under the law, and seek to hold terrorists and sponsors of terrorism accountable for their actions.
We fight anti-Semitism and anti-Israel bias in the media and on college campuses.
We strive to enforce existing law and also to create new law in order to safeguard the rights of the Jewish people in the United States and Israel.
Our Mission
ZOA STATEMENT
The ZOA speaks out for Israel – in reports, newsletters, and other publications. In speeches in synagogues, churches, and community events, in high schools and colleges from coast to coast. In e-mail action alerts. In op-eds and letters to the editor. In radio and television appearances by ZOA leaders. Always on the front lines of pro-Israel activism, ZOA has made its mark.
Related Articles
OP-ED BY: ZOA Staff ZOA Criticizes Pres. Obama For Praising Abbas’ “Renoucing Violence” –– Kerry For Calling Israel Demand of Recognition As “Jewish State” A Mistake