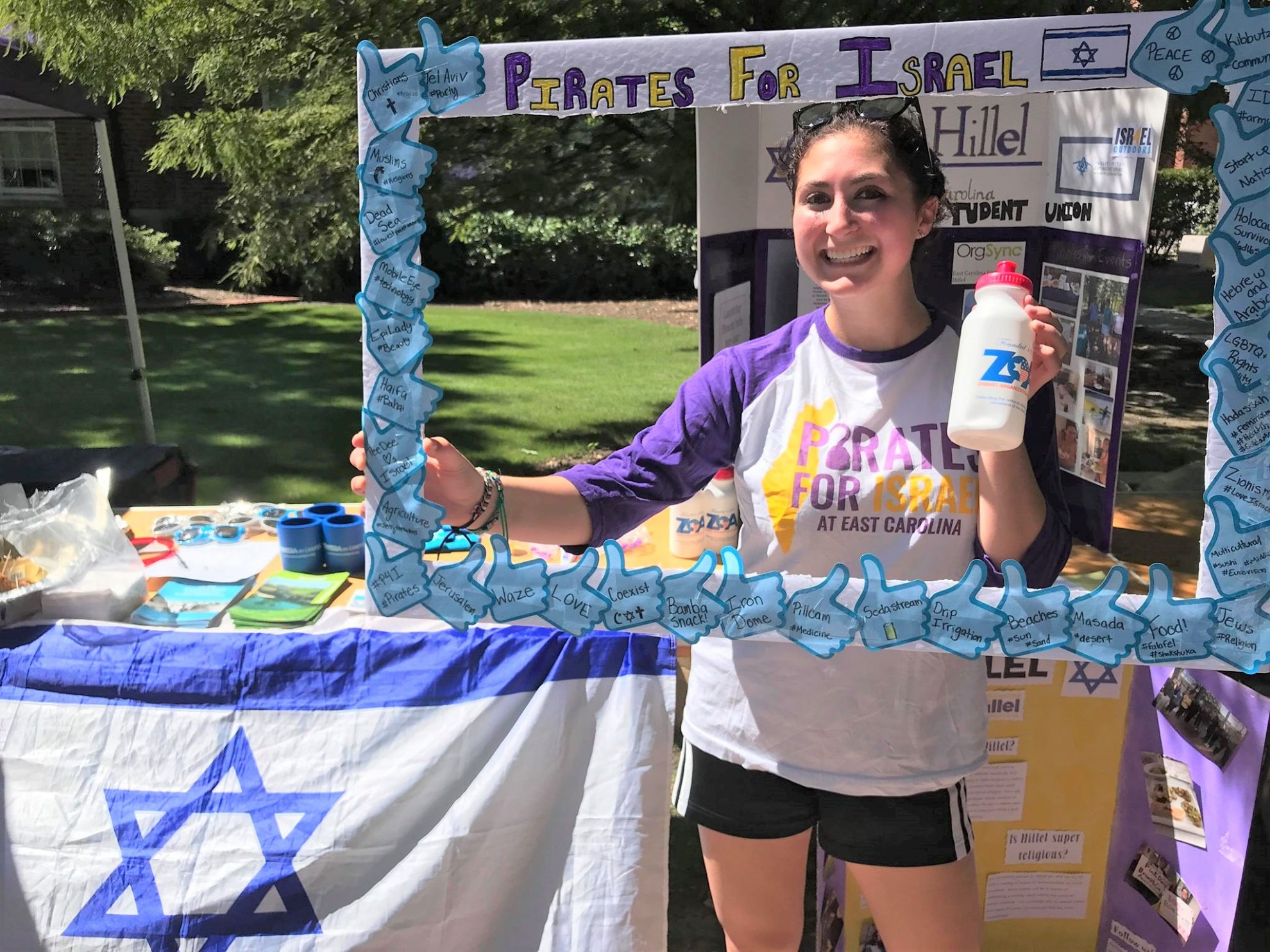 “The Zionist Organization of America (ZOA) strongly praises this year’s ZOA Campus Fellowship class for their stalwart efforts to advance Zionism and strengthen support for Israel on their respective campuses through education, advocacy and empowerment. The Fellowship class is comprised of students whom the ZOA carefully selected based on their leadership skills and their commitment to a safe and secure Jewish State of Israel. Serving in the position for this full academic year, the ZOA Fellows have been working with our campus department to ensure that Jewish students are afforded the same rights and protections as other students. Even during the challenges of this pandemic, they have helped educate students about Israel and Zionism, and worked to combat antisemitism in all its forms, often in difficult environments that are hostile to Israel.

During the past semester, ZOA Fellows have partnered with allied organizations to advocate that student governments at universities across the country adopt the International Holocaust Remembrance Alliance (IHRA) working definition of antisemitism. The IHRA definition importantly recognizes that anti-Israelism and anti-Zionism can be manifestations of antisemitism. These efforts were successful at many schools, including Northeastern University, the University of Texas-Austin, and UC Santa Barbara. Through additional outreach and engagement efforts, ZOA students have also effectively addressed anti-Israel biases in the classroom and in the curriculum.

Allison Zweig of the University of Connecticut is among our Fellows who have demonstrated outstanding leadership, particularly in response to a recent wave of antisemitic incidents at UConn. In addition to her role as a ZOA Campus Fellow, Allison serves as the Vice President of Huskies for Israel, the main pro-Israel group on campus, and as a leader within UConn Hillel.

Allison helped mobilize the UConn and larger Connecticut community in response to seven antisemitic incidents that were recorded on the UConn campus since the start of this school year. The incidents included the verbal abuse of a kippa-wearing Jewish student as he walked across campus carrying a box of matzo during Passover. Additionally, swastikas defaced the wall of a university building close to UConn Hillel.

Allison played a leading role in organizing a campus rally against antisemitism, which took place on Monday, April 5th.  In addition, she is among the students urging the UConn administration to take concrete steps to effectively address antisemitism, including by establishing a course on antisemitism for the entire student body, to raise awareness about the dangers of anti-Jewish hate.

Jonathan Ginsburg, Managing Director of ZOA Campus, praised Allison Zweig and the other outstanding students who serve as ZOA Fellows, stating, “I am constantly in awe of the strength and dedication of the students we work with. They stand up so strongly for Israel and against antisemitism in all its forms, despite a challenging campus environment that is so often hostile to Israel and those who support the Jewish state.”

Morton A. Klein, ZOA’s National President, stated, ‘We are so proud of our ZOA Fellows and the outstanding work they are doing on their campuses. They organize programs and are leaders and role models for other students about how to advocate effectively for Israel and respond to the lies promoted by campus Israel-bashers.

“Our Fellowship program is one of the critical ways that the ZOA helps builds knowledge of and support for Israel among America’s college students, the future leaders of our country. Thank you, ZOA Fellows, for all the excellent work you do!”

We would love to hear from you! Please fill out this form and we will get in touch with you shortly.
Trending Z
News May 6, 2021
ZOA Condemns U.S. State Dept. & U.S. Amb. Nides For Siding with Antisemitic, Discriminatory Palestinian & Hamas Terrorists re: the Temple Mount, Violating Jews’ Religious Freedom
News May 6, 2021
ZOA’s Klein JPost Op-Ed: There is Nothing Extreme About Israel’s New Government
Uncategorized May 6, 2021
FLASH: ISRAEL-JORDAN PEACE TREATY (1994) GUARANTEES JEWS ACCESS TO THE TEMPLE MOUNT – LET MY PEOPLE PRAY
Uncategorized May 6, 2021
ZOA Analysis: Most American Rabbis Who Are Boycotting Some Israeli Ministers Are From Extremist Left Wing Groups (J Street; T’ruah; JVP)
Center for Law & Justice
We work to educate the American public and Congress about legal issues in order to advance the interests of Israel and the Jewish people.
We assist American victims of terrorism in vindicating their rights under the law, and seek to hold terrorists and sponsors of terrorism accountable for their actions.
We fight anti-Semitism and anti-Israel bias in the media and on college campuses.
We strive to enforce existing law and also to create new law in order to safeguard the rights of the Jewish people in the United States and Israel.
Our Mission
ZOA STATEMENT
The ZOA speaks out for Israel – in reports, newsletters, and other publications. In speeches in synagogues, churches, and community events, in high schools and colleges from coast to coast. In e-mail action alerts. In op-eds and letters to the editor. In radio and television appearances by ZOA leaders. Always on the front lines of pro-Israel activism, ZOA has made its mark.
Related Articles
OP-ED ZOA Mourns Passing of Ariel Founder & Visionary, Ron Nachman