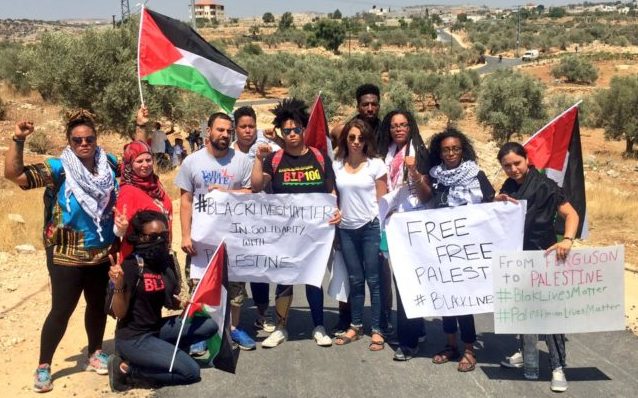 During the past week, Hamas launched 4,000 missiles at innocent Jews and Israel’s major population centers and while Israeli Arab citizens perpetrated pogroms on their Jewish neighbors—including beating up Jews on the streets, and burning synagogues, Jewish schools, apartment buildings, cars, and homes throughout Israel. Meanwhile, the Black Lives Matter organization (BLM), and BLM’s parent organization, the Movement 4 Black Lives (M4BL) once again engaged in horrific defamation of the Jewish state and people; advocated for severe antisemitic anti-Israel actions; called Jews living in the Jewish homeland “settler colonialists,” and stood in “solidarity” with Palestinian Arab and Hamas terrorists. For instance:

The latest BLM/M4BL attacks on the Jewish people make it clear that it’s long past time for ZOA and Morton Klein to be given a public apology from those who falsely accused ZOA and ZOA President Morton Klein of “racism” because we condemned BLM/M4BL’s outrageous antisemitism and anti-Israelism.

Thus far, only one group’s leader (Stuart Applebaum, President of the Jewish Labor Committee) had the integrity and decency to personally apologize to ZOA President Morton Klein.

Likewise, the anonymous petitioners who unsuccessfully tried to oust us from the JCRC-Boston owe us an apology for their false “racist” accusations against us. The petitioners whose names we learned were:

(The other anonymous petitioners indicated that they were affiliated with: Boston Workers’ Circle; Hillel Council of New England; Jewish Alliance for Law and Social Action (JALSA); and Women of Reform Judaism.)

We would love to hear from you! Please fill out this form and we will get in touch with you shortly.
Trending Z
News May 21, 2021
ZOA Deplores that Pres. Trump Dined with Jew-Haters Kanye West & Nick Fuentes, and Demands he Condemn Them
Uncategorized May 21, 2021
ZOA Honors Trump With Rarely Given Herzl Award for His Great Pro-Israel Work – Joins Ranks of Balfour, Truman, Begin, Meir, Ben-Gurion
News May 21, 2021
ZOA Responds to Questions About Pres. Trump, Kanye West, Fuentes, etc. Issue
Uncategorized May 21, 2021
Zionist Organization of America Honors Donald Trump for Support for Israel, Jewish Community
Center for Law & Justice
We work to educate the American public and Congress about legal issues in order to advance the interests of Israel and the Jewish people.
We assist American victims of terrorism in vindicating their rights under the law, and seek to hold terrorists and sponsors of terrorism accountable for their actions.
We fight anti-Semitism and anti-Israel bias in the media and on college campuses.
We strive to enforce existing law and also to create new law in order to safeguard the rights of the Jewish people in the United States and Israel.
Our Mission
ZOA STATEMENT
The ZOA speaks out for Israel – in reports, newsletters, and other publications. In speeches in synagogues, churches, and community events, in high schools and colleges from coast to coast. In e-mail action alerts. In op-eds and letters to the editor. In radio and television appearances by ZOA leaders. Always on the front lines of pro-Israel activism, ZOA has made its mark.
Related Articles
OP-ED ZOA Praises Trump Executive Order on Immigration