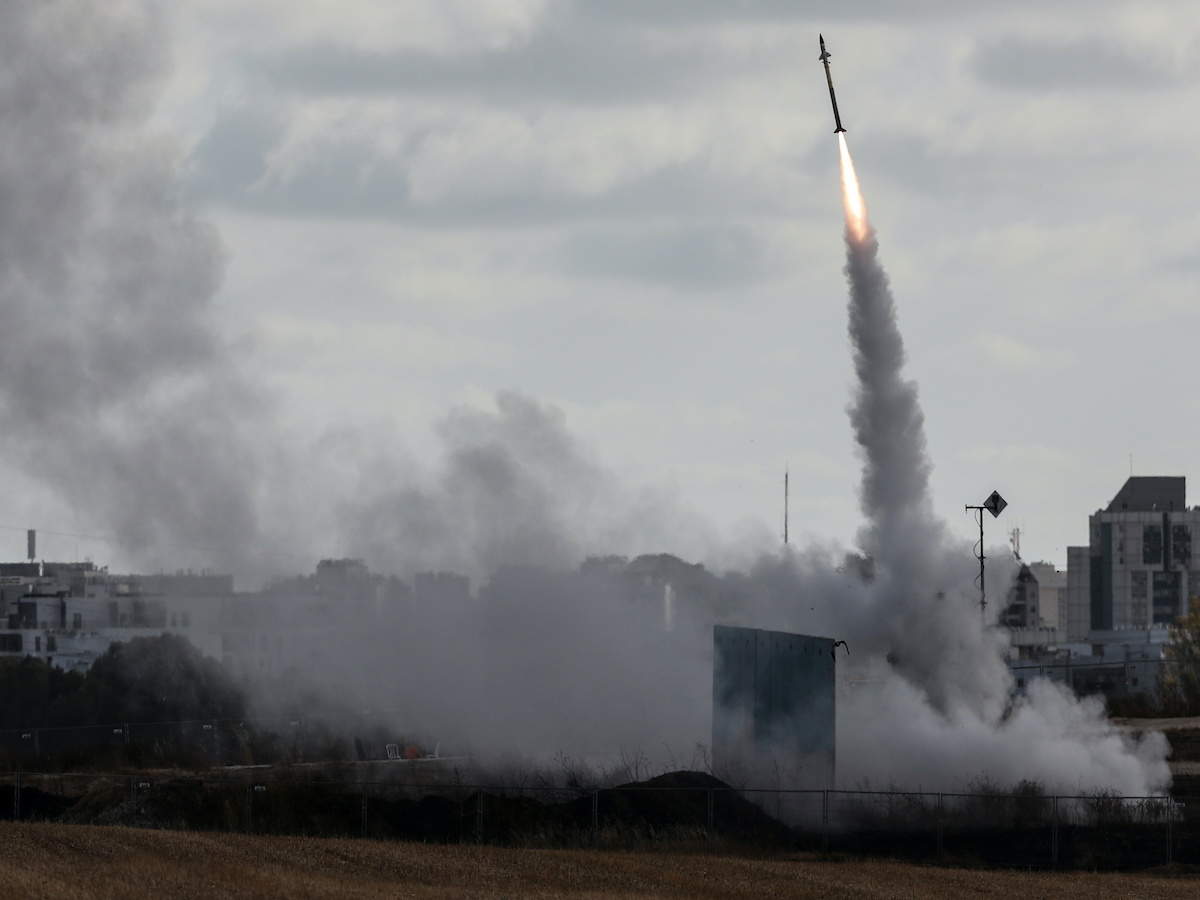 The Commentary article prompted ZOA to also examine ADL’s troubling statements and omissions related to the recent Arab-Palestinian violence and incitement against Israel.

1) ADL’s “Statement Regarding Recent Violence and Rocket Attacks in Jerusalem” (May 10) wrongly cast blame on Israelis, by accusing “extremists, including far-right Jewish nationalists” of “exacerbating tensions.”

ADL’s “blame the Jewish victims” lines failed to mention that the real sources of “tension” include Fatah’s and the Palestinian Authority (PA)’s non-stop incitement and payments to Arab terrorists to murder Jews; the Hamas, Fatah, and PA extraordinary lies that an ordinary eviction proceeding regarding several non-paying renters and squatters in Jewish homes in Sheikh Jarrah (really Shimon HaTzadik) was “ethnic cleansing” of Arabs from Jerusalem; Arab riots; Arabs’ use of Al Aqsa mosque to store firebombs and projectiles against Israeli Jews; and Arab leaders’ lies that Israel was trying to destroy Al Aqsa.

Condemning Hamas and Islamic Jihad for bombarding Israel with rockets is insufficient, when this is coupled with wrongly blaming Israel, and wrongly failing to condemn the role of Fatah, the Palestinian Authority, and Israeli-Arab instigators.

2) ADL’s May 10 statement (and later statements) ignored that on April 30, 2021, the Palestinian Authority’ governing Fatah party called for “raising the level of confrontation,” and that PA terrorist dictator Mahmoud Abbas’ spokesman added to this incitement by telling Palestinians Arabs: “the battle of all battles is here.” Arabs responded by attacking Jews with rocks and Molotov cocktails.

3) ADL also ignored that a little over a week prior to ADL’s May 10 statement, Israeli-Arab member of Knesset Ayman Odeh, head of the traitorous Joint Arab List party, called for a “sometimes calm and sometimes violent . . . intifada to come, to end the occupation and hoist the Palestinian flag above the Al Aqsa mosque, above the churches and above the gates of Jerusalem.” (The intifadas are violent attacks on Jews in which thousands of Jews have been maimed and murdered.)

4) ADL’s condemnation of “Jewish nationalists” also wrongly and dangerously implied that Jews who believe in the basic tenets of Zionism and Judaism for thousands of years, that Israel is the nation-state of the Jewish people, are “far right extremists.”

5) ADL’s May 10 statement also engaged in harmful, false moral equivalence by declaring that “all parties must avoid actions, inflammatory rhetoric, and provocations that raise tensions” and “de-escalate the crisis.” This again wrongly failed to lay the blame on the Arab leaders’ incitement, riots, and attacks.

6) In addition, ADL’s May 10 statement “welcomed” delaying the Sheikh Jarrah eviction court proceeding, and demanded taking “humanitarian considerations” into account. ADL’s statement failed to explain the truth that “Sheikh Jarrah” (really the Shimon HaTzadik neighborhood) was purchased by Jews in 1875, continues to be owned by Jews, and is a simple landlord-tenant dispute between Arab squatters and tenants who refused to pay rent for decades to Jewish owners, who have been trying to obtain their legal and humanitarian right to return to their own property for 50 years.

7) ADL also engaged in similar errors in its May 21, 2021 statement entitled “The World’s Immoral, Deadly Silence on Hamas and Hezbollah.” Once again, ADL only condemned Hamas and Hezbollah rockets, while ignoring the incitement and violence by Israeli-Arabs and the Palestinian Authority. Once again, ADL’s May 21 statement never spoke of the Israeli-Arab pogroms perpetrated against their Jewish neighbors and the burnings of Jewish synagogues.

Even worse, ADL’s May 21, 2021 statement also argued that it is “no easy task” to find the causes of the blazing tinder box, and then asked in a manner that primarily wrongly blamed Israel: “Was it the threat of possible eviction of Palestinians from Sheikh Jarrah neighborhood before Israel’s Supreme Court, or the incitement that came out from Al Quds day, or the growth of Jewish extremist groups?” It’s not so difficult to understand the causes of the conflagration if one is honest. It’s not the lawful evictions. It’s the fact that Palestinian leaders are lying about a lawful eviction of non-paying and illegal tenants in Jewish-owned homes, and turning it into an opportunity to incite violence against Jews.

ADL’s May 21 statement also twice decried “innocent civilians in Gaza” and “the loss of innocent Palestinian human life”—but never referred to the losses of innocent Jewish lives caused by Hamas’ and Israel-Arabs’ attacks. ADL also failed to point out that Hamas and the PA and rioting Israeli-Arabs are responsible for every life lost in both Gaza and Israel. As former Prime Minister Netanyahu famously said: “If the Arabs put down their weapons today, there would be no more ‎violence. If the Jews put ‎down their weapons ‎today, there would be no ‎more Israel.”

ADL’s May 21 statement then further departed from reality by pushing for the creation of a Palestinian-Arab (terror) state, by claiming that the recent events were “a wake-up call . . .  that Hamas, and not the Palestinian Authority . . . . is the enemy of the Jewish state.” The real wake-up call – for anyone who is honest about what occurred in recent weeks – is that Palestinian-Arab leadership in the PA and inside Israel are just as dangerous, and just as involved in murdering Jews and attempting to destroy the Jewish state as Hamas is. On June 25, there was yet another wake-up call: As Palestinian Media Watch reported, Fatah published in its official daily a call “popular resistance in all places, and the expansion of the confrontation with the settler colonialism in all districts.”

ZOA urges the ADL to wake up, and to revise its dangerously misleading statements that are harmful to and endanger Israelis and all Jews!

We would love to hear from you! Please fill out this form and we will get in touch with you shortly.
Trending Z
Uncategorized June 30, 2021
ZOA Analysis: Most American Rabbis Who Are Boycotting Some Israeli Ministers Are From Extremist Left Wing Groups (J Street; T’ruah; JVP)
Uncategorized June 30, 2021
ZOA: Israel’s Reasonable Judicial Reform Proposals Are Good for Democracy, the Rule of Law and the Economy
News June 30, 2021
ZOA is Disappointed, Offended and Frightened by 211 U.S. House Votes Supporting Jew-Hating, Israel-Hating Rep. Ilhan Omar
Uncategorized June 30, 2021
Israel’s “Right of Return” Grandparent Clause is De-Judaizing the Jewish State – Eliminate It
Center for Law & Justice
We work to educate the American public and Congress about legal issues in order to advance the interests of Israel and the Jewish people.
We assist American victims of terrorism in vindicating their rights under the law, and seek to hold terrorists and sponsors of terrorism accountable for their actions.
We fight anti-Semitism and anti-Israel bias in the media and on college campuses.
We strive to enforce existing law and also to create new law in order to safeguard the rights of the Jewish people in the United States and Israel.
Our Mission
ZOA STATEMENT
The ZOA speaks out for Israel – in reports, newsletters, and other publications. In speeches in synagogues, churches, and community events, in high schools and colleges from coast to coast. In e-mail action alerts. In op-eds and letters to the editor. In radio and television appearances by ZOA leaders. Always on the front lines of pro-Israel activism, ZOA has made its mark.
Related Articles
OP-ED BY: ZOA Staff ZOA Praises JCRC For Expelling Anti-Israel BDS From Israel Day Parade