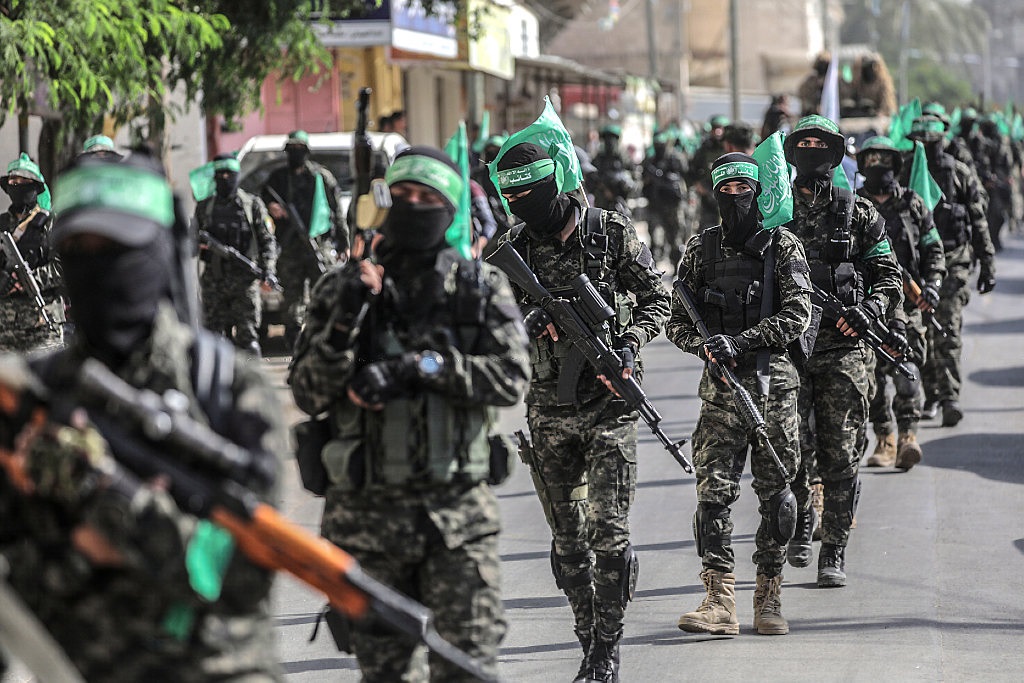 It is wrong for a U.S. administration to undermine and interfere with Israel’s efforts to fight and deter Palestinian Arab terrorism against Jews. We strongly disagree with State Department spokesman Ned Price stating on Thursday, July 8, 2021 that the Biden administration is “prioritizing” stopping a needed Israeli effort to reduce Arab terrorism―the demolition of homes of some Arab terrorists who murdered innocent Israeli men, women, and children. Spokesman Price stated that demolitions of murderers’ homes should “never” occur, and falsely claimed that these anti-terror measures make a so-called “Two State Solution” (the creation of an Iranian-proxy Palestinian Arab-Fatah-Hamas terror state) more difficult to advance.

The July 8 press briefing also revealed that Secretary of State Antony Blinken and other top State Department officials made the same harmful demands during recent meetings with Israeli officials. ZOA is pleased that Israeli Minister of Communications Yoav Hendel stated that Israel will not cease its policies to deter Palestinian Arab terrorism to placate the U.S. government. ZOA agrees that Israeli steps to safeguard the Israeli people from terror attacks must be determined by the Israeli government and people, without U.S. interference.

Every time Israel gives in to U.S. pressure to curtail efforts to stop Arab terrorists, more terrorism occurs. When the Obama administration pressured Israel to release dozens of convicted Arab terrorists from prison, and to eliminate checkpoints, Arab terrorists promptly murdered Jews―including murdering a beloved Rabbi and father of seven children, Rabbi Meir Hai―close to the spot where a checkpoint had been removed the week before.

The Biden Administration Needs to Fix Its Priorities: If the Biden administration is truly interested in “calming tensions,” “lowering the temperature,” and stopping terrorism, the administration needs to immediately stop sending U.S. tax dollars to the Palestinians in Judea/Samara and Gaza. U.S. payments to the Palestinians free up funds for the Palestinian Authority to continue its heinous $360 million per year of “pay to slay” payments incentivizing Arab terrorists to murder innocent Jews, with lifetime pensions to the terrorists or their families. (See “ZOA Strongly Opposes Unlawful New U.S. Aid to PA and to UNRWA, Which Support Terrorism,” Apr. 8, 2021.)

If the Biden administration is truly interested in “calming tensions,” the Biden administration needs to prioritize ending the Palestinian Authority’s constant drumbeat of incitement to murder Jews. The Biden administration should demand an end to the PA’s hateful incitement to kill innocent Jews that pervades PA schools, textbooks, PA government-controlled media and mosques; the PA’s naming of streets, public squares and sports teams after terrorists who murder Jews; and PA dictator and other Palestinian Arab leaders’ frequent Nazi-like broadcasts urging Arabs to “spill blood” to prevent Jews’ and Christians’ “filthy feet” from “defiling” Jerusalem.

The Biden administration needs to prioritize ending PA incitement and “pay to slay” payments and funding is especially urgent now, just after Israel suffered a wave of Arab terror attacks, pogroms, murders, hundreds of injuries of innocent Jews―incentivized and incited by the Palestinian Authority―and 4,369 rockets launched by Hamas at Israeli citizens.

Palestinian Arab Terrorism is a “Family Affair” That Needs to be Disincentivized: During the July 8 press briefing, State Dep’t spokesman Ned Price misleadingly argued that “the home of an entire family should not be demolished for the actions of one individual.” Price’s statement ignored that Palestinian Arab terrorism is usually a family affair, encouraged and abetted by terrorists’ families. As Palestinian Media Watch and others have extensively documented, the mothers and entire extended families of terrorists publicly celebrate their sons as “martyrs,” “heroes” and as “the pride of Islam” when their sons perpetrate terror attacks. The families hold celebratory public “weddings” for their terrorist sons (to the “Virgins of Paradise”) when an Arab terrorist is killed in the process of brutally murdering innocent Israelis. (See, e.g., “Palestinian Mothers Celebrate Their Children’s Death as “Martyrs”; “Mother of Palestinian terrorist: You are the Pride of Islam,” Jerusalem Post, Feb. 20, 2019; and “Mother of Kiryat Arba Terrorist: My Son is a Hero,” The Times of Israel, June 30, 2016.)

State Dep’t Should Stop Giving “Al Quds” Propaganda Rag a Podium: State Department spokesperson Jalina Porter reiterated the same policies undermining Israeli anti-terror demolition efforts during U.S. State Department briefings on June 30, 2021 and July 9, 2021, in response to leading, propaganda-filled questions from Said Arikat, the Washington Bureau Chief of the widely-read Palestinian Arab propaganda rag “Al Quds” Daily. “Al Quds” Daily (previously called “Al Jihad”) promoted the classic antisemitic forgery, “The Protocol of the Elders of Zion,” and is currently―on its first page and on its social media site―demanding the release of convicted, confessed PFLP (Popular Front for the Liberation of Palestine) terrorist Khalida Jarrar―who was arrested following the PFLP’s brutal murder of an innocent 17-year-old Jewish girl, Rina Shnerb. Why is the U.S. State Department calling on and giving a podium to this biased anti-Israel propagandist, instead of to objective reporters?

We would love to hear from you! Please fill out this form and we will get in touch with you shortly.
Trending Z
News July 12, 2021
ZOA Condemns U.S. State Dept. & U.S. Amb. Nides For Siding with Antisemitic, Discriminatory Palestinian & Hamas Terrorists re: the Temple Mount, Violating Jews’ Religious Freedom
News July 12, 2021
ZOA’s Klein JPost Op-Ed: There is Nothing Extreme About Israel’s New Government
Uncategorized July 12, 2021
FLASH: ISRAEL-JORDAN PEACE TREATY (1994) GUARANTEES JEWS ACCESS TO THE TEMPLE MOUNT – LET MY PEOPLE PRAY
Uncategorized July 12, 2021
ZOA Analysis: Most American Rabbis Who Are Boycotting Some Israeli Ministers Are From Extremist Left Wing Groups (J Street; T’ruah; JVP)
Center for Law & Justice
We work to educate the American public and Congress about legal issues in order to advance the interests of Israel and the Jewish people.
We assist American victims of terrorism in vindicating their rights under the law, and seek to hold terrorists and sponsors of terrorism accountable for their actions.
We fight anti-Semitism and anti-Israel bias in the media and on college campuses.
We strive to enforce existing law and also to create new law in order to safeguard the rights of the Jewish people in the United States and Israel.
Our Mission
ZOA STATEMENT
The ZOA speaks out for Israel – in reports, newsletters, and other publications. In speeches in synagogues, churches, and community events, in high schools and colleges from coast to coast. In e-mail action alerts. In op-eds and letters to the editor. In radio and television appearances by ZOA leaders. Always on the front lines of pro-Israel activism, ZOA has made its mark.
Related Articles
OP-ED Iran Sanctions Relief Will Provide Billions To Fund/Arm Terrorists