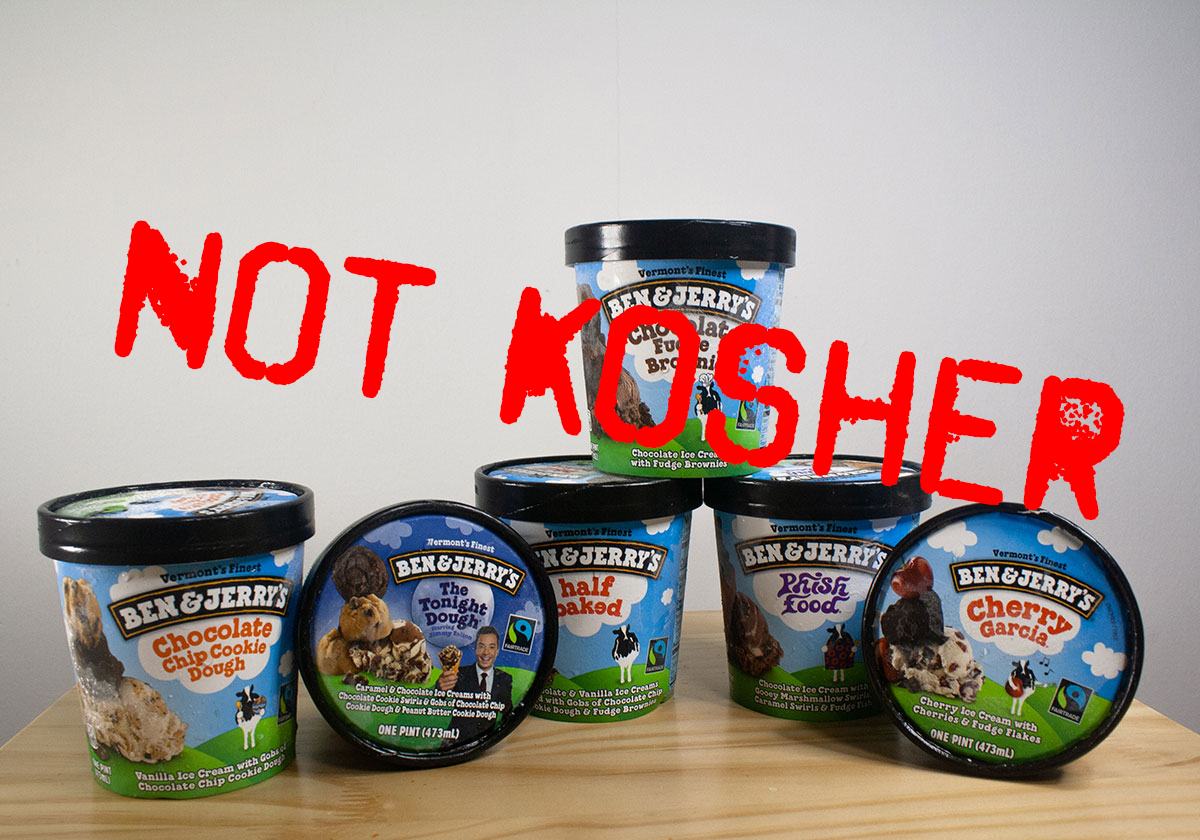 (JULY 20, 2021 / BREITBART) Zionist Organization of America (ZOA) President Morton A. Klein blasted Ben & Jerry’s ice cream company on Tuesday while calling for the removal of its kosher certification after the Vermont-based company announced plans to boycott Jewish residents of the West Bank and east Jerusalem, or what it termed “Occupied Palestinian Territory,” despite never having done so for countries accused of the worst human rights violations.

In an exclusive statement to Breitbart News on Tuesday, ZOA head Morton Klein expressed outrage over the recent boycott by the famed company that stated in a notice on its website on Monday that, “We believe it is inconsistent with our values for Ben & Jerry’s ice cream to be sold in the Occupied Palestinian Territory (OPT).”

He then highlighted the relationship between terrorist and BDS groups, describing both as battling the right of the Jewish state to exist.

“The Israeli Ministry of Strategic Affairs report, “Terrorists in Suits,” documented that the key BDS organizations are led by convicted terror operatives from Hamas and the PFLP terror organizations and their front groups,” he said.

“On the most recent anniversary of Israel’s rebirth, on May 15, 2021, the same groups that pressured Ben & Jerry’s to boycott Israel marched against Israel’s very existence,” he added.

Accusing Ben & Jerry’s of spreading misinformation, Klein then explained the harm entailed in doing so.

“Ben & Jerry’s boycott and false labeling of the Jewish heartlands in eastern Jerusalem and Judea and Samaria as ‘Occupied Arab Territory’ emboldens Jew-haters around the world, helping to promulgate antisemitic violence, terror and bigotry,” he said.

“Their actions will cause more harm and deaths to Jewish people than even their high-fat, high-sugar, unhealthy ice cream does,” he added.

“We believe that Ben & Jerry’s parent company, Unilever, has an obligation, under its governance rules, which govern all Unilever companies, to put a stop to Ben & Jerry’s dangerous, bigoted boycott,” he said.

Calling on the kosher certification agency that grants the company’s kosher label to discontinue certification, Klein explained that “kosher” conduct should entail more than ingredients.

“In addition, we believe that [their Kosher certifier] must discontinue certifying Ben & Jerry’s products as kosher,” he said. “It’s not kosher to aid Arab terrorists and bigots who boycott Jewish people living in the Jewish homeland.”

Ben & Jerry’s faced a wave of backlash on Monday after announcing its boycott, with many, including Israel’s highest ranking government officials, calling out the company’s hypocrisy and double standards.

“There are many ice cream brands, but only one Jewish state,” he wrote.

“Ben & Jerry’s has decided to brand itself as the anti-Israel ice cream,” he added. “This decision is morally wrong and I believe that it will become clear that it is also commercially wrong.”

In another tweet, Bennett referred to the boycott as a “total loss of way.”

“The boycott against Israel – a democracy surrounded by islands of terrorism – reflects a total loss of way,” he wrote. “The boycott does not work and will not work, and we will fight it with full force.”

Israeli Foreign Minister Yair Lapid referred to the decision as a “shameful surrender” to anti-Israel pressure.

“Ben & Jerry’s decision represents shameful surrender to antisemitism, to BDS and to all that is wrong with the anti-Israel and anti-Jewish discourse,” he wrote. “We will not be silent.”

“Over 30 states in the United States have passed anti-BDS legislation in recent years,” he wrote.

“I plan on asking each of them to enforce these laws against Ben & Jerry’s,” he added. “They will not treat the State of Israel like this without a response.”:

Ben & Jerry’s is no stranger to controversy, having expressed support for “woke” causes on many occasions.

In April, the ice cream company called to defund police, characterizing the police-involved shooting of Daunte Wright as being intrinsically linked to “white supremacy.”

Last year, the global company named a flavor after former NFL player and national anthem protester Colin Kaepernick, and in February, erected a billboard in the Super Bowl host city of Tampa Bay depicting him with a raised fist, next to his “Change the Whirled” flavor and signature “I Know My Rights” sign from his “Know Your Rights Camp.”

The recent anti-Israel move on the part of Ben & Jerry’s marks a win for the BDS movement, which has targeted the American company for the last decade, according to the Jerusalem Post.

This article was originally published in Breitbart and can be found here.

We would love to hear from you! Please fill out this form and we will get in touch with you shortly.
Trending Z
Uncategorized July 21, 2021
ZOA Analysis: Most American Rabbis Who Are Boycotting Some Israeli Ministers Are From Extremist Left Wing Groups (J Street; T’ruah; JVP)
News July 21, 2021
ZOA is Disappointed, Offended and Frightened by 211 U.S. House Votes Supporting Jew-Hating, Israel-Hating Rep. Ilhan Omar
Uncategorized July 21, 2021
ZOA: Israel’s Reasonable Judicial Reform Proposals Are Good for Democracy, the Rule of Law and the Economy
Uncategorized July 21, 2021
Israel’s “Right of Return” Grandparent Clause is De-Judaizing the Jewish State – Eliminate It
Center for Law & Justice
We work to educate the American public and Congress about legal issues in order to advance the interests of Israel and the Jewish people.
We assist American victims of terrorism in vindicating their rights under the law, and seek to hold terrorists and sponsors of terrorism accountable for their actions.
We fight anti-Semitism and anti-Israel bias in the media and on college campuses.
We strive to enforce existing law and also to create new law in order to safeguard the rights of the Jewish people in the United States and Israel.
Our Mission
ZOA STATEMENT
The ZOA speaks out for Israel – in reports, newsletters, and other publications. In speeches in synagogues, churches, and community events, in high schools and colleges from coast to coast. In e-mail action alerts. In op-eds and letters to the editor. In radio and television appearances by ZOA leaders. Always on the front lines of pro-Israel activism, ZOA has made its mark.
Related Articles
OP-ED BY: Joshua Needleman ZOA & Penn Middle East Center Plan Meeting Over Breaking the Silence Event – Jewish Exponent