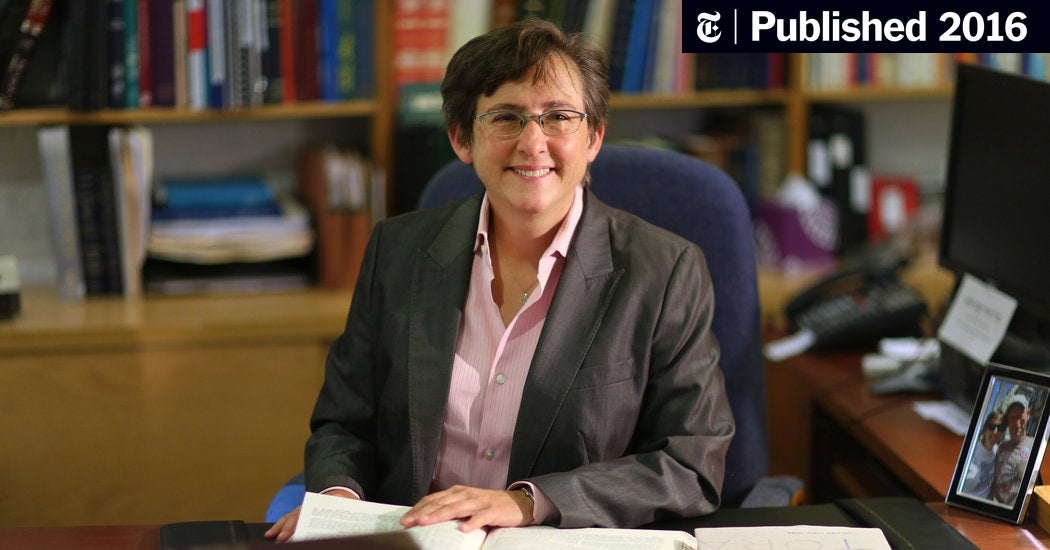 In 1992, Kleinbaum became the spiritual leader of New York City’s LGBTQ synagogue, Congregation Beit Simchat Torah (CBST). Kleinbaum has used her pulpit to propagandize against the Jewish state and create sympathy for enemies that seek to destroy Israel. In 2014, dozens of prominent CBST members quit CBST because of Kleinbaum’s obscene anti-Israel antics, including mourning and reading the names of Hamas terrorists during synagogue services. (Hamas’ charter calls for the murder of every Jew throughout the world. Hamas launched thousands of rockets at Israeli civilians and broke 10 ceasefires with Israel in 2014.) Kleinbaum then claimed that those people called terrorists were “children” aged 18 and under―while knowing full well that many Hamas terrorist operatives are 17- and 18-year-olds.

A CBST gay Jewish activist wrote that Kleinbaum “bashes Israel all the time, making people get up and leave services. . . . She is very vocal in her hatred towards Israel.”

Kleinbaum has also repeatedly sided with anti-Israel boycotters and demonizers, against the Jewish state.

On Nov. 26, 2019, Kleinbaum tweeted that she was “so proud of those standing with [BDS activist and Israel-demonizer] Omar Shakir.” Kleinbaum called Shakir “one of the great voices of human rights” and asserted “Israel’s decision to deport him is a travesty.” Shakir heads the Soros-funded so-called “Human Rights Watch” (HRW) – which uses the guise of human rights to falsely defame Israel and Jews; accuses Israel of “war crimes”; compiles lists of Israeli-related companies to boycott; and lobbies for anti-Israel BDS and other actions against Israel at the UN, in Congress, and in other international forums.

Kleinbaum also retweeted a tweet by Kleinbaum’s controversial wife, American Federation of Teachers president Randi Weingarten, publicly assuring antisemite Ilhan Omar: “Ilhan, you have my solidarity and support. Please do not let this distract you from all the good you are meant to do.”

Moreover, Kleinbaum retweeted Randi Weingarten’s tweet describing antisemites Linda Sarsour and Tamika Mallory as “warriors for justice and I am honored to know them and work with them & call them friends.. glad to have this meeting today w/ them & @Skleinbaum,” together with a photo of Sarsour, Kleinbaum, Weingarten and Mallory standing arm-in-arm. (Sarsour called throwing rocks at Israelis “the definition of courage” and Tamika Mallory called antisemite Louis Farrakhan the greatest of all time.)

Kleinbaum Promotes Anti-Israel NGOs: Kleinbaum is a Board member of “New Israel Fund” (NIF) – which funnels millions of dollars of grants to notorious non-governmental organizations (NGOs) that demonize, sue and defame Israel and promote anti-Israel boycotts.

And alarmingly, Kleinbaum’s used her synagogue’s meetings to hear from NGO “Breaking the Silence,” – one of the worst demonizers and defamers of Israel and the Jewish boys and girls defending the Jewish State.

Kleinbaum’s presumption that whites are racist will also impede her ability to honestly serve on the Commission for Religious Freedom, and treat all people equally. Kleinbaum retweeted: “Really important thread. It is important that white people find spaces to name their racist failures, the ways they have been both contaminated by and have perpetrated racist acts.”

Incredibly, in 2014, Kleinbaum retweeted and CBST tweeted for people to go see the Met’s production of the antisemitic opera – Death of Klinghoffer, thereby enriching the producers of an opera that glorified the Palestinian Arab murderers of an innocent, elderly, wheelchair-bound American Jew.

We also note that the Coalition for Jewish Values, a group of 1,500 Orthodox Rabbis, raised additional objections to Kleinbaum’s appointment. An appointee who is so divisive within the Jewish community is the wrong person for the U.S. Commission on Religious Freedom.

We would love to hear from you! Please fill out this form and we will get in touch with you shortly.
Trending Z
Uncategorized August 10, 2021
ZOA Analysis: Most American Rabbis Who Are Boycotting Some Israeli Ministers Are From Extremist Left Wing Groups (J Street; T’ruah; JVP)
Uncategorized August 10, 2021
ZOA: Israel’s Reasonable Judicial Reform Proposals Are Good for Democracy, the Rule of Law and the Economy
Uncategorized August 10, 2021
Israel’s “Right of Return” Grandparent Clause is De-Judaizing the Jewish State – Eliminate It
News August 10, 2021
ZOA is Disappointed, Offended and Frightened by 211 U.S. House Votes Supporting Jew-Hating, Israel-Hating Rep. Ilhan Omar
Center for Law & Justice
We work to educate the American public and Congress about legal issues in order to advance the interests of Israel and the Jewish people.
We assist American victims of terrorism in vindicating their rights under the law, and seek to hold terrorists and sponsors of terrorism accountable for their actions.
We fight anti-Semitism and anti-Israel bias in the media and on college campuses.
We strive to enforce existing law and also to create new law in order to safeguard the rights of the Jewish people in the United States and Israel.
Our Mission
ZOA STATEMENT
The ZOA speaks out for Israel – in reports, newsletters, and other publications. In speeches in synagogues, churches, and community events, in high schools and colleges from coast to coast. In e-mail action alerts. In op-eds and letters to the editor. In radio and television appearances by ZOA leaders. Always on the front lines of pro-Israel activism, ZOA has made its mark.
Related Articles
OP-ED ZOA Praises KKL-JNF Approval to Purchase Privately-Owned Land in Judea/Samaria