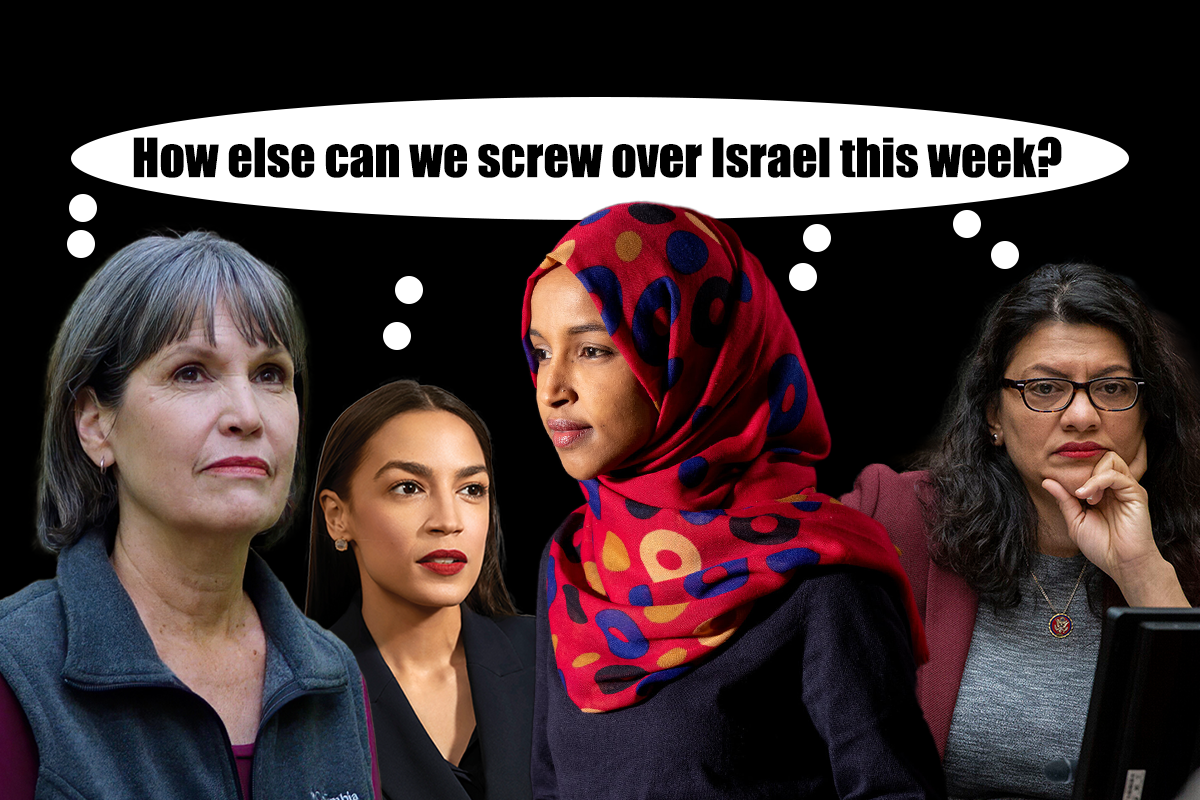 And this all occurred just days after Reps. AOC, Rashida Tlaib and Mark Pocan, with the support of other “Squad” members, introduced an amendment to block a previously approved sale of defensive precision kits to Israel. (See “ZOA Condemns Rep. AOC, Tlaib, Pocan for Amendment Blocking Approved Sale to Israel of Boeing Precision Kits to Defend Israel from Hamas Terrorism,” Sept. 20, 2021.) Removing the antisemitic “Squad” members from their committees is long overdue, and the reasons keep piling up.

Iron Dome replenishment has been needed since May, when Israel had to expend Iron Dome interceptor missiles to intercept many of the 4,369 rockets that Hamas and Palestinian Islamic Jihad (PIJ) launched at Israeli civilians between May 10 and May 21, 2021. The U.S. promised replenishment at that time.

On May 20, 2021, after pushing Israel to enter into a ceasefire before Israel could finish destroying Hamas’ rocket arsenal, President Biden stated that the “Iron Dome system, which our nations [the U.S. and Israel] developed together . . . has saved the lives of countless Israeli citizens, both Arab and Jew. I assured [Prime Minister Netanyahu] of my full support to replenish Israel’s Iron Dome system to ensure its defenses and security in the future.” (“Remarks by President Biden on the Middle East,” White House Briefing Room, May 20, 2021.)

The U.S. promise to replenish Iron Dome thus appears to have been a quid pro quo for Israel agreeing to a premature ceasefire.

Hamas (as it invariably does) has ignored the ceasefire, and again fired rockets at Israel in recent weeks. In addition, Hezbollah’s arsenal of 150,000 rockets and Iranian rockets in Syria gravely threaten Israel’s citizens. Without the defensive Iron Dome, which destroys incoming rockets mid-air, Israel’s alternatives for stopping Hamas, Hezbollah, and Iranian rocket attacks would include massive bombing, ground operations and retaking portions or all of Gaza.

However, ZOA is deeply concerned that Senate Appropriations Chair Patrick Leahy stated that he prefers to delay consideration of Iron Dome replenishment funding until year-end. Delayed consideration could thwart funding altogether. And delayed replenishment could destroy many Jewish and Arab lives.

We would love to hear from you! Please fill out this form and we will get in touch with you shortly.
Trending Z
Uncategorized September 23, 2021
FLASH: ISRAEL-JORDAN PEACE TREATY (1994) GUARANTEES JEWS ACCESS TO THE TEMPLE MOUNT – LET MY PEOPLE PRAY
Uncategorized September 23, 2021
ZOA Analysis: Most American Rabbis Who Are Boycotting Some Israeli Ministers Are From Extremist Left Wing Groups (J Street; T’ruah; JVP)
Uncategorized September 23, 2021
Israel’s “Right of Return” Grandparent Clause is De-Judaizing the Jewish State – Eliminate It
Uncategorized September 23, 2021
Exclusive: ZOA Accuses Ilhan Omar of Hating the U.S. ‘as Much as Israel,’ Lauds Kevin McCarthy for ‘Throwing Her Off the HFAC’
Center for Law & Justice
We work to educate the American public and Congress about legal issues in order to advance the interests of Israel and the Jewish people.
We assist American victims of terrorism in vindicating their rights under the law, and seek to hold terrorists and sponsors of terrorism accountable for their actions.
We fight anti-Semitism and anti-Israel bias in the media and on college campuses.
We strive to enforce existing law and also to create new law in order to safeguard the rights of the Jewish people in the United States and Israel.
Our Mission
ZOA STATEMENT
The ZOA speaks out for Israel – in reports, newsletters, and other publications. In speeches in synagogues, churches, and community events, in high schools and colleges from coast to coast. In e-mail action alerts. In op-eds and letters to the editor. In radio and television appearances by ZOA leaders. Always on the front lines of pro-Israel activism, ZOA has made its mark.
Related Articles
OP-ED Iran Sanctions Relief Will Provide Billions To Fund/Arm Terrorists