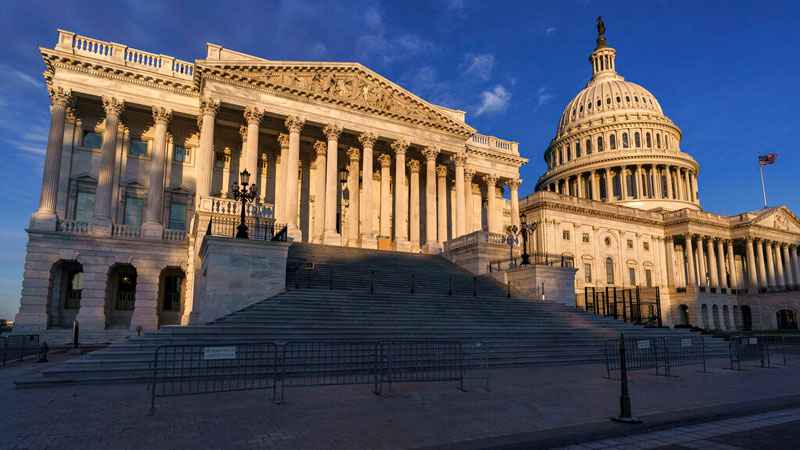 I wanted to share with you the press release we sent out earlier today after we dropped our bill with 110 original cosponsors!! We are very pleased with the rollout, and I cannot thank you enough for all of the help! I look forward to working with you again on this and other pro-Israel initiatives.

Have a good night!

Kustoff Leads Bill in the House of Representatives to Protect the U.S. Embassy in Jerusalem

Washington, D.C. – Today, U.S. Rep. David Kustoff (TN-08) along with House Republican Whip Steve Scalise (LA-01), Conference Chairwoman Elise Stefanik (NY-21), Rep. Lee Zeldin (NY-01), and over 100 other colleagues introduced the Upholding the 1995 Jerusalem Embassy Law Act of 2021. This legislation prohibits the use of funds for any diplomatic facility in Jerusalem other than the United States Embassy to Israel. The U.S., under the Trump Administration, fully implemented the Jerusalem Embassy Act of 1995 by officially and formally recognizing Jerusalem as Israel’s unequivocal capital in 2017, relocating the U.S. Embassy to Israel to its rightful place in Jerusalem in 2018, and merging the previous consulate general to the Palestinians into the U.S. Embassy in Jerusalem in 2019.

Now, President Biden and his administration have signaled their intent to reopen a U.S. consulate in Jerusalem that would provide separate diplomatic outreach to the Palestinians. This proposal, which Israel made clear it opposes, would go against the Jerusalem Embassy Act of 1995, and facilitate the division of Jerusalem. As such, the Biden Administration must respect Israel’s opposition and stop pursuing this misguided effort.

This legislation was recently introduced in the U.S. Senate by Senator Bill Hagerty (R-TN) and is supported by the Republican Jewish Coalition (RJC), Zionist Organization of America (ZOA), and Faith & Freedom Coalition.

“Let me be clear: Jerusalem is and will always remain the eternal capital of the State of Israel. The Biden Administration’s proposal to reopen a U.S. consulate to the Palestinians in Jerusalem would be inconsistent with the Jerusalem Embassy Act of 1995 that specifically supported Jerusalem remaining an undivided city and recognized as the capital of Israel,” said Rep. David Kustoff. “That is why I introduced the Upholding the 1995 Jerusalem Embassy Law Act of 2021. This bill is necessary to ensure the Jerusalem Embassy Act of 1995 is faithfully implemented, upheld, and preserved. I thank all my colleagues for joining me in introducing this legislation and sending a strong message that we stand shoulder to shoulder with our greatest friend and ally in the Middle East, Israel.”

“President Trump followed through on his promise to formally recognize Jerusalem as the capital of Israel and to move America’s embassy there. Now, President Biden is seeking to reopen a consulate general and provide separate diplomatic outreach to the Palestinians. This violates the Jerusalem Embassy Act of 1995, which recognizes Jerusalem as the undivided capital of Israel,” said House Republican Whip Steve Scalise. “I applaud Congressman Kustoff for leading the fight against the Biden Administration’s shameful efforts to undermine the United States’ relationship with Israel.”

“President Biden must immediately abandon any plans to open this consulate and reaffirm America’s unambiguous support of an undivided Israeli capital in Jerusalem,” Stefanik said. “Not only is his decision destructive to the U.S.-Israel relationship and a misuse of taxpayer dollars, but it is inconsistent with U.S. law under the Jerusalem Embassy Act of 1995. Israel is an indispensable ally of the United States, and we must stand undivided with them.”

“The Biden Administration absolutely must not betray our critical alliance with Israel by reopening the U.S. consulate general in Jerusalem, which is being pushed by the Palestinian Authority to divide Israel’s eternal capital. The Jerusalem Embassy Act of 1995, which passed with overwhelming bipartisan support, including that of then-Senator Joe Biden, states that the U.S. recognizes Jerusalem as the capital of Israel and that Jerusalem should remain undivided. Earlier this month, I led more than 200 House Republicans in a letter to President Biden opposing the reopening of the U.S. consulate in Jerusalem, and I am proud to join Congressman Kustoff and many of our colleagues in this latest effort to ensure that the Jerusalem Embassy Act is upheld and fully implemented, Israel’s position as host nation is respected, and that Israel’s capital remains undivided,” said Rep. Zeldin.

We would love to hear from you! Please fill out this form and we will get in touch with you shortly.
Trending Z
News November 18, 2021
ZOA Condemns U.S. State Dept. & U.S. Amb. Nides For Siding with Antisemitic, Discriminatory Palestinian & Hamas Terrorists re: the Temple Mount, Violating Jews’ Religious Freedom
News November 18, 2021
ZOA’s Klein JPost Op-Ed: There is Nothing Extreme About Israel’s New Government
Uncategorized November 18, 2021
FLASH: ISRAEL-JORDAN PEACE TREATY (1994) GUARANTEES JEWS ACCESS TO THE TEMPLE MOUNT – LET MY PEOPLE PRAY
Uncategorized November 18, 2021
ZOA Analysis: Most American Rabbis Who Are Boycotting Some Israeli Ministers Are From Extremist Left Wing Groups (J Street; T’ruah; JVP)
Center for Law & Justice
We work to educate the American public and Congress about legal issues in order to advance the interests of Israel and the Jewish people.
We assist American victims of terrorism in vindicating their rights under the law, and seek to hold terrorists and sponsors of terrorism accountable for their actions.
We fight anti-Semitism and anti-Israel bias in the media and on college campuses.
We strive to enforce existing law and also to create new law in order to safeguard the rights of the Jewish people in the United States and Israel.
Our Mission
ZOA STATEMENT
The ZOA speaks out for Israel – in reports, newsletters, and other publications. In speeches in synagogues, churches, and community events, in high schools and colleges from coast to coast. In e-mail action alerts. In op-eds and letters to the editor. In radio and television appearances by ZOA leaders. Always on the front lines of pro-Israel activism, ZOA has made its mark.
Connect with us
Sign up for our Newsletter