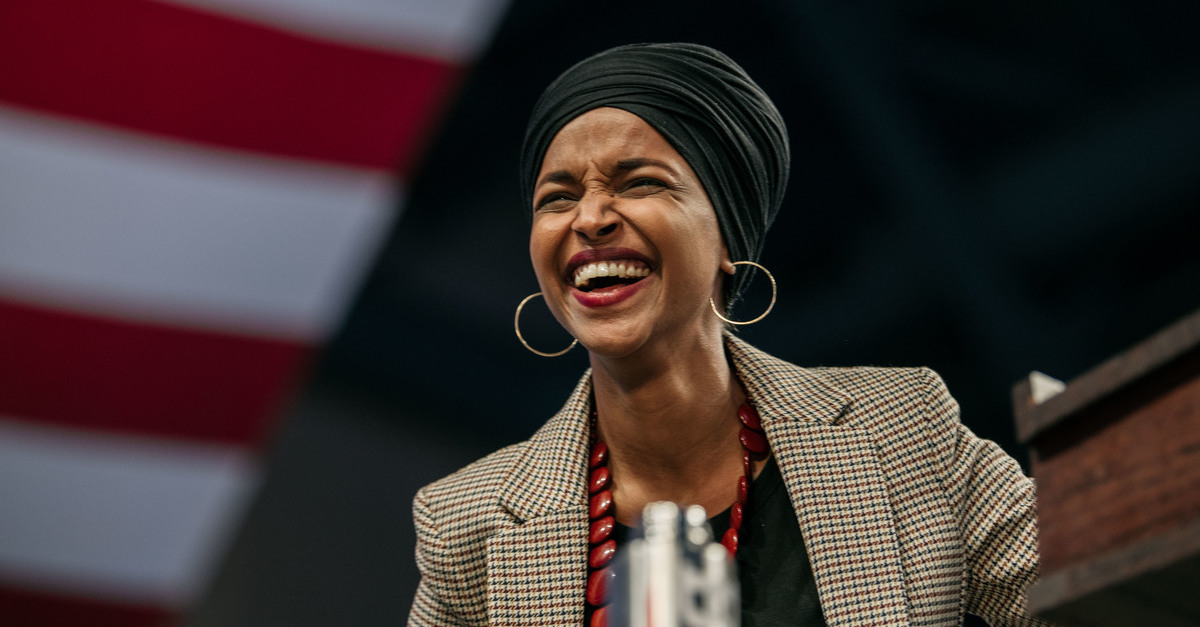 It’s the height of irony and hypocrisy that Congresswoman Ilhan Omar, who routinely spews the most vicious, incendiary, dangerous, antisemitic and anti-American hate and blood libels, is now demanding that Congresswoman Lauren Boebert (R-CO) should be removed from Boebert’s committee assignments due to Boebert’s intemperate remarks related to Ilhan Omar’s support for terrorists. In fact, among many other things, Omar wrote to a Minnesota judge demanding reduced sentences for convicted Somali ISIS terrorists. (See more on Omar’s heinous record below.)

In the same tweet, Omar demanded: “@GOPLeader and @SpeakerPelosi need to take appropriate action, normalizing this bigotry not only endangers my life but the lives of all Muslims. Anti-Muslim bigotry has no place in Congress.” Yet, Speaker Pelosi has still taken no action against Omar for repeatedly normalizing anti-Jewish and anti-American bigotry.

Ironically, after Congresswoman Boebert said she was fine with getting on an elevator with Ilhan Omar because Omar was not wearing a backpack, Omar tweeted “Saying I am a suicide bomber is no laughing matter.” Yet, Ilhan Omar is infamous for laughing and joking about Al Qaeda, Hezbollah and Al-Shabaab terrorists in a video interview. Omar complained that Americans say the names “Al-Qaeda,” “Al-Shabaab,” and “Hezbollah” as if those names were a bad thing, and blamed U.S. “involvement in other people’s affairs” for terrorism.

Moreover, when Boebert graciously called Omar to try to apologize and make peace, Omar rudely hanged up the phone and turned down Boebert’s offer to meet.

Omar also leveled false accusations against the entire Republican party: For instance, on Nov. 30, 2021, Omar tweeted: “Trying to come up with the most bigoted ways to traffic Islamophobic tropes is the brand of the Republican party.”

As ZOA has long demanded, Ilhan Omar needs to be removed from all her committee assignments.

More Examples of Ilhan Omar’s Anti-Jewish and Anti-American Hate and Support for Terrorism and Terror Regimes:

And after Hamas lobbed thousands of rockets into Israel, Omar defamed Israel as guilty of “evil doings”; hurled antisemitic accusations that Israel “hypnotized” the world; and falsely maligned the democratic state of Israel as an “apartheid Israeli regime,” and supported boycotting democratic Israel while condemning boycotts on terrorist dictatorships Iran, Cuba, and Venezuela.

After Omar accused Israel and the U.S. of “unthinkable atrocities” equal to those of Hamas and the Taliban, 12 Jewish Democrats in the  U.S. House of Representatives stated that Omar’s statements gave “cover to terrorist groups,” were “as offensive as it is misguided,” and “at best discredits one’s intended argument and at worst reflects deep-seated prejudice,” and asked Omar to clarify her statements. Omar responded by falsely accusing those Jewish Democrats of “unbearable harassing” and using “offensive” “Islamophobic tropes.”

To quote Omar’s own words, Omar’s bigotry has no place in Congress. Rep. Omar is a danger to America and its ally Israel; not Rep. Boebert.

We would love to hear from you! Please fill out this form and we will get in touch with you shortly.
Trending Z
News December 1, 2021
New Biden Nominees Opposed Abraham Accords & Involved in Israeli Election Interference
Uncategorized December 1, 2021
ZOA Letter to DOJ & FBI on New “Mapping Project” Antisemitic Threat by ZOA Pres. Morton Klein, Dir. of Research/Special Projects Liz Berney, Esq., Dir. Center for Law & Justice Susan Tuchman, Esq.
Op-Ed December 1, 2021
ZOA’s Mort Klein JPost Op-Ed: BDS Mapping Project Targets Every Jew, Including Left Wing, Israelophobic Jews
News December 1, 2021
U.S. Senators Criticize Tamara Wittes, Biden Nominee’s Anti-Israel Bias ― Jewish Groups are Deafeningly Silent
Center for Law & Justice
We work to educate the American public and Congress about legal issues in order to advance the interests of Israel and the Jewish people.
We assist American victims of terrorism in vindicating their rights under the law, and seek to hold terrorists and sponsors of terrorism accountable for their actions.
We fight anti-Semitism and anti-Israel bias in the media and on college campuses.
We strive to enforce existing law and also to create new law in order to safeguard the rights of the Jewish people in the United States and Israel.
Our Mission
ZOA STATEMENT
The ZOA speaks out for Israel – in reports, newsletters, and other publications. In speeches in synagogues, churches, and community events, in high schools and colleges from coast to coast. In e-mail action alerts. In op-eds and letters to the editor. In radio and television appearances by ZOA leaders. Always on the front lines of pro-Israel activism, ZOA has made its mark.
Related Articles
OP-ED ZOA Mourns Passing of Ariel Founder & Visionary, Ron Nachman