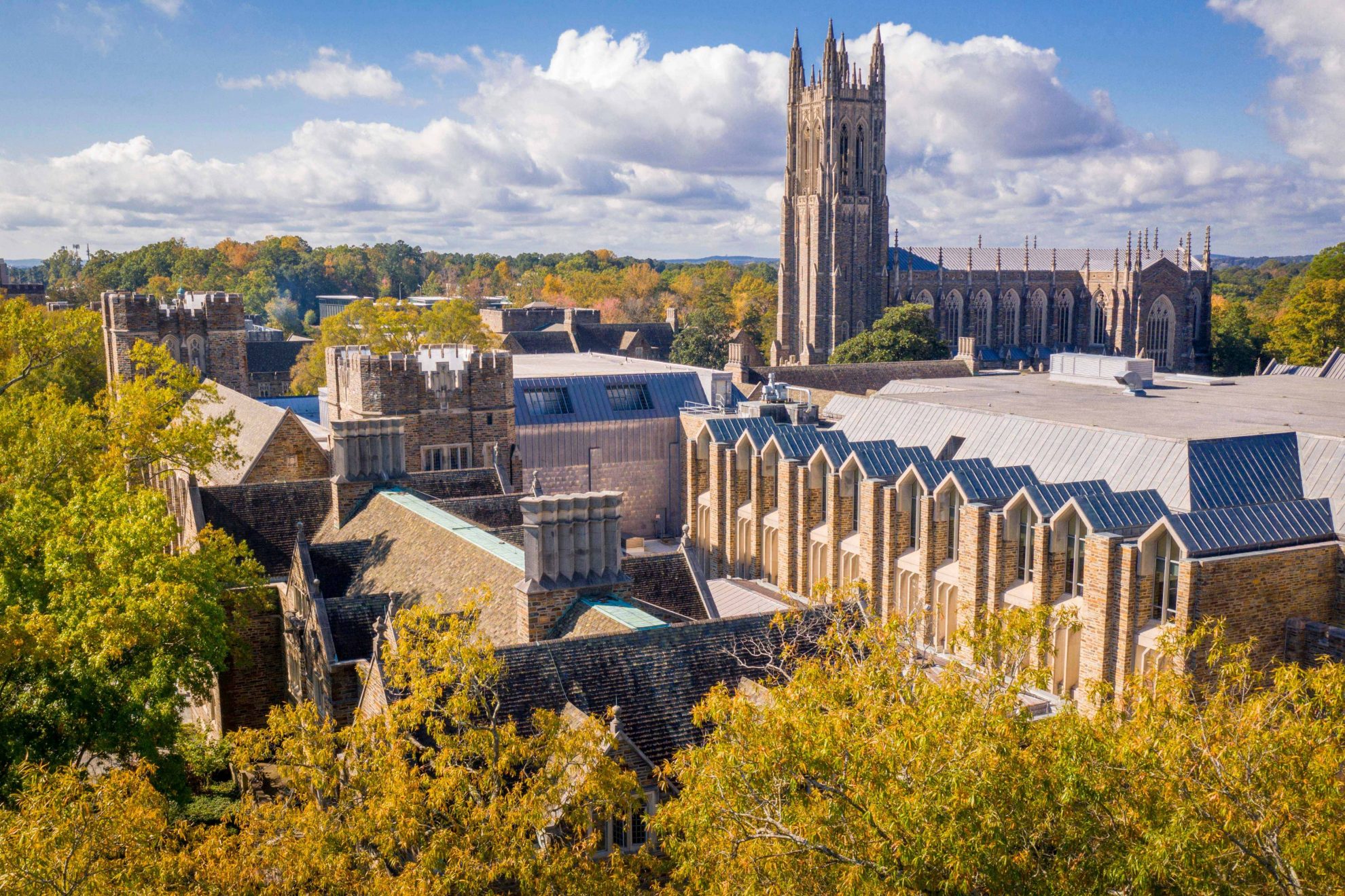 We write on behalf of the Zionist Organization of America (ZOA), the oldest and one of the largest pro-Israel organizations in the U.S., whose mission includes fighting antisemitism and anti-Israelism on college campuses. The ZOA led the successful battle to ensure that Jewish students would be protected under Title VI of the Civil Rights Act from antisemitic harassment and discrimination at federally-funded schools. We have helped Jewish students enforce this right on campuses across the U.S., including at Duke University. It was the ZOA’s Title VI complaint to the U.S. Department of Education’s Office for Civil Rights (OCR) (OCR Complaint No. 11-19-2214) that triggered the December 3, 2019 Resolution Agreement that Duke signed and agreed to implement, under OCR’s monitoring.

We were extremely troubled to learn that the Duke Student Government (DSG) wrongfully denied official recognition to a student group called Students Supporting Israel (SSI), and that Duke University has still not overridden the decision. As the facts below demonstrate, DSG singled out and discriminated against SSI, in violation of Duke University’s policies, and DSG’s misconduct should be addressed immediately.

You should know that months ago, we alerted OCR to Duke’s violation of the December 2019 Resolution Agreement. We will be informing OCR about this latest incident as well if it is not remedied right away, since it again reflects that Duke is not truly committed to its legal obligation to protect Jewish students from antisemitic harassment and discrimination.

We understand that on November 10, 2021, the DSG voted to recognize SSI as an official student organization. On November 13, 2021, a Duke student shared on social media an article about SSI’s recognition, and included this false, anti-Israel post: “My school promotes settler colonialism.”

As was its right, SSI responded to the post, respectfully and constructively, urging the student and others to “please allow us to educate you on what ‘settler colonialism’ actually is and why Israel does not fall under this category whatsoever.” SSI further explained that “[t]hese types of narratives are what we strive to combat and condemn, which is why Duke’s chapter of Students Supporting Israel has been officially established & is here to stay!!” SSI encouraged the Duke community to attend an upcoming “SSI 101” event.

On November 15, 2021, DSG President Christina Wang vetoed SSI’s recognition, wrongly claiming that SSI “singled out an individual student on their organization’s social media account in a way that was unacceptable for any student group and appeared antithetical to the group’s stated mission to be welcoming and inclusive to all Duke students, and educational in mission and purpose.” Ms. Wang also made a point of noting that “any group exhibiting similar conduct would be handled in the same manner,” and that a group exhibiting “potentially hostile or harmful” behavior could have their status re-examined or suspended.

On November 24, 2021, you and the Provost issued a statement about DSG’s conduct.

The statement reflected that Duke’s Office of Institutional Equity and the Office of Conduct and Community Standards were reviewing whether Duke’s anti-discrimination and harassment policy was violated.

The statement did not condemn DSG’s decision to overturn SSI’s recognition, nor did it suggest that the administration would remedy this injustice. Instead, the statement seemingly suggested that Duke bears no responsibility for DSG’s decision-making – however misguided and unlawful – emphasizing that DSG’s actions “are independent of, and not determined by or sanctioned by the university.” The statement also minimized the significance of obtaining official recognition as a registered student group, and disturbingly endorsed a sort of “separate but equal” status, noting that “there are many organizations that continue to operate at Duke in different ways without such recognition, and the university has identified options for SSI to secure financial and programmatic support.”

Duke’s response to DSG’s actions toward SSI was inadequate. As Duke knows or should know, there is no question that DSG’s actions were wrong and violated university policies. DSG violated Duke’s policy recognizing the right to freedom of expression, and singled out and penalized a pro-Israel group, while ignoring a Duke anti-Israel group’s long history of harassing Jewish and pro-Israel students and making them feel unwelcome and unsafe. Duke has the right and the obligation to override DSG’s wrongful decision and should do so without further delay.

Duke’s policy in support of the right to free expression could not be clearer. The policy on “Pickets, Protests, and Demonstrations” provides as follows:

Duke University respects the right of all members of the academic community to explore and to discuss questions which interest them, to express opinions publicly and privately, and to join together to demonstrate their concern by orderly means. It is the policy of the university to protect the right of voluntary assembly, to make its facilities available for peaceful assembly, to welcome guest speakers, to protect the exercise of these rights from disruption or interference [emphasis added].

Under this policy, SSI had the right to explore and discuss questions relating to Israel, and to express its opinions about Israel both publicly and privately. DSG’s decision to deny official recognition to SSI based on SSI’s exercise of this right cannot stand and Duke must override it.

In vetoing SSI’s official recognition (which the DSG upheld), DSG President Wang pointedly made it clear that SSI was not being singled out for disparate treatment. Any student group that exhibited “potentially hostile or harmful” could lose its official status, she asserted.

But as Duke and DSG well know, members of a chartered student group have repeatedly engaged in hostile and harmful behavior toward Duke students simply because they are Jewish and express their Jewish identity by supporting the Jewish State of Israel. Yet neither Duke nor DSG has ever held this group accountable for its misconduct. It remains a chartered student group to the present day, affording the group access to the annual budget and the programming fund.

The group calls itself “Duke Students for Justice in Palestine” (SJP), whose mission is “to advocate for an end to the occupation of Palestine by the nation of Israel” – which is another way of saying that SJP calls for Israel’s elimination. Empirical studies show that SJP’s presence on campus creates a hostile antisemitic learning environment. In 2015 and 2016, Brandeis University completed two related studies on campus antisemitism in the U.S. and Canada. A key finding of the 2016 study was that “[o]ne of the strongest predictors of perceiving a hostile climate toward Israel and Jews is the presence of an active Students for Justice in Palestine (SJP) group on campus.” Another sobering study, released by the Jerusalem Center for Public Affairs in 2017, found that “SJP is an extremist organization that maintains affiliations with Arab and Islamic terror groups, is overtly antisemitic, incites hatred and violence against Jewish students, and rejects the existence of the state of Israel in any borders.”

As these examples show, Duke’s SJP has helped create a hostile and harmful campus environment for Jewish and pro-Israel students:

We have already informed OCR about Duke’s abysmal response to these and other incidents that made Jewish students feel targeted and afraid for their physical safety. Indeed, when a Duke official met with Jewish students who filed harassment complaints, the official reportedly advised them to “watch your backs” and “watch out for each other.” The official reportedly warned the Jewish students that Abdelhy might be dangerous and advised them to ask police to walk them to class if they felt threatened or at risk for their physical safety.

Likewise, DSG ignored all this behavior that was plainly hostile and harmful to Jewish and pro-Israel students; SJP’s chartered status remains intact. Yet DSG immediately penalized a pro-Israel group simply for engaging in respectful and constructive dialogue, as is its right under Duke policies. The discrimination is obvious and abhorrent and Duke must rectify it immediately.

You thus have full authority to override DSG’s violation of university policies and ensure that SSI receives nothing less than the official recognition it deserves. If DSG’s infraction is not remedied right away, we intend to inform OCR of Duke’s continuing breach of its legal obligation to protect Jewish and pro-Israel students from harassment and discrimination, and to ensure them the safe, welcoming and respectful environment that every Duke student deserves.

For all these reasons, we urge you to take the following steps right away:

Please let us hear from you by December 22, 2021, so that we can determine next steps. Thank you.

We would love to hear from you! Please fill out this form and we will get in touch with you shortly.
Trending Z
News December 15, 2021
At ZOA Gala Secy Pompeo Gave the Greatest, Most Pro-Israel Speech Ever Delivered by a Public Official
News December 15, 2021
Dershowitz in Arutz 7: NYC’s Temple Emanu-El Silences a Pro-Israel Voice & Promotes an Anti-Israel Voice
Uncategorized December 15, 2021
Jewish Press: Has Deborah Lipstadt Undercut Both Herself and Future Antisemitism Envoys?
CLJ December 15, 2021
ZOA Letter to Jason Wingard, President, Temple U, Concerning an Antisemitic Incident
Center for Law & Justice
We work to educate the American public and Congress about legal issues in order to advance the interests of Israel and the Jewish people.
We assist American victims of terrorism in vindicating their rights under the law, and seek to hold terrorists and sponsors of terrorism accountable for their actions.
We fight anti-Semitism and anti-Israel bias in the media and on college campuses.
We strive to enforce existing law and also to create new law in order to safeguard the rights of the Jewish people in the United States and Israel.
Our Mission
ZOA STATEMENT
The ZOA speaks out for Israel – in reports, newsletters, and other publications. In speeches in synagogues, churches, and community events, in high schools and colleges from coast to coast. In e-mail action alerts. In op-eds and letters to the editor. In radio and television appearances by ZOA leaders. Always on the front lines of pro-Israel activism, ZOA has made its mark.
Related Articles
OP-ED ZOA Mourns Passing of Ariel Founder & Visionary, Ron Nachman