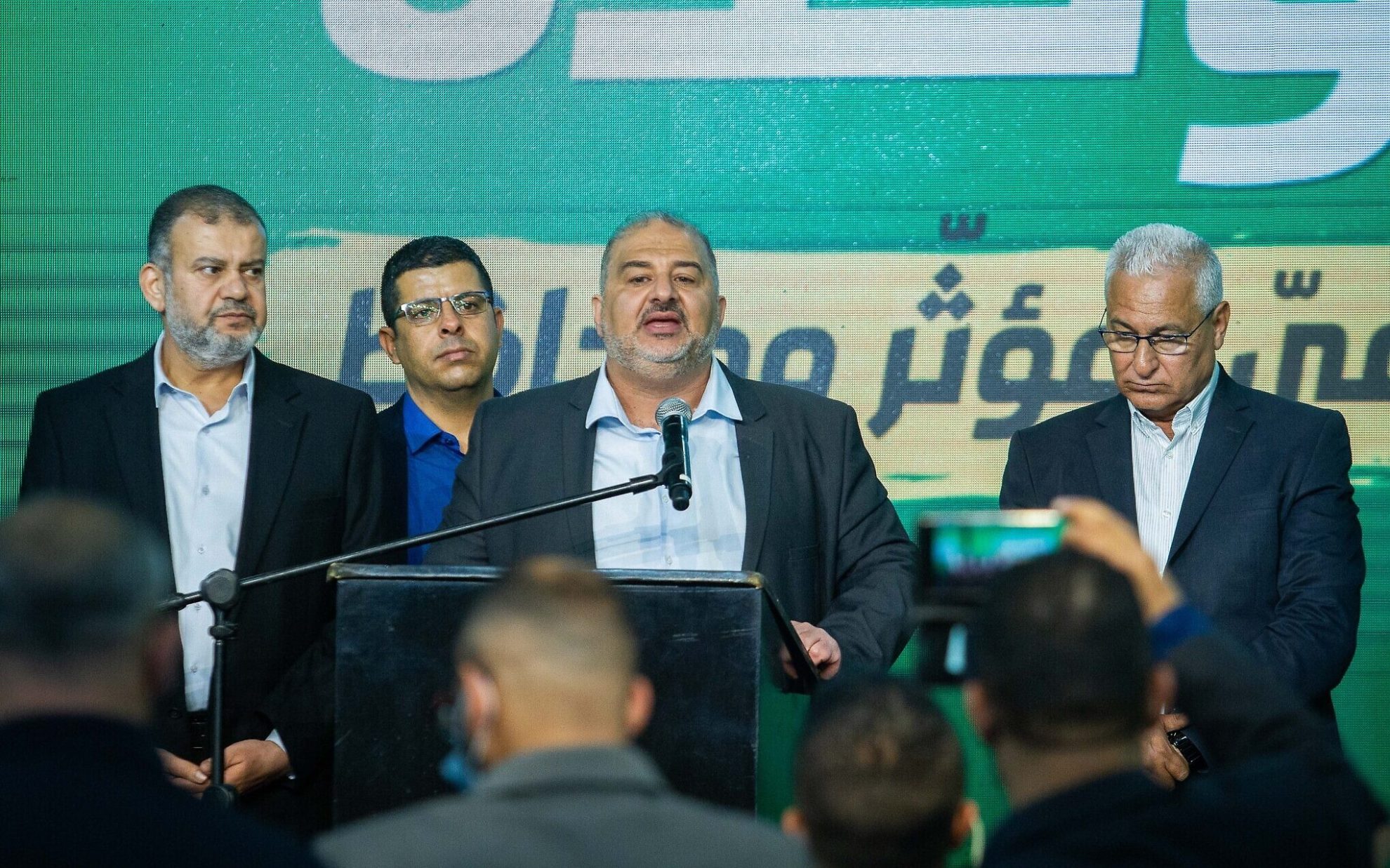 ber of the opposition, told the law’s sponsor, Ra’am MK Walid Taha, “You are stealing a quarter of the country with this law.”

It is also concerning that Israel’s ruling coalition discriminated against Jews by rejecting an amendment to also give utility hookups to Jewish “outpost” communities in Judea and Samaria.

Ra’am MK Taha introduced the law with a long speech in Arabic, and rudely rejected requests to speak in Hebrew so that non-Arabic speakers could understand him. In addition, the law was pushed through without the full time for debate, against the advice of the Knesset legal adviser. The 59 opposition MKs walked out in protest during the vote.

Opposition leader Benjamin Netanyahu noted that this law’s passage was “a black day for Zionism and democracy.”

This law rewarding illegal Arab and Bedouin building passed as it did because the Ra’am Islamist Movement party threatened to leave Israel’s ruling coalition (thereby removing the coalition from power) if the law did not pass in the form demanded by Ra’am, without amendments.

The electricity law’s passage was yet another example of the dangers of a ruling coalition that depends on an anti-Israel party Ra’Am (who has refused to condemn recent Arab attacks on Jews) to remain in power. This coalition endangers Israel’s security, in addition to enabling Arabs’ lawless seizure of Israeli lands. For example, last August, a Palestinian Arab source revealed that Ra’am might threaten to topple Israel’s ruling coalition if Israel took action in response to recent Hamas attacks from Gaza.

Last April, ZOA warned all Israeli political parties and Knesset members against making a ruling coalition with the Ra’am Islamic Movement party. Ra’am is an offshoot of the Muslim Brotherhood, and sides with Hamas over Israel. Ra’am also opposes Jerusalem as Israel’s capital; opposes peace deals between Israel and Arab nations; calls Zionism “racist”; and backs a so-called Palestinian Arab “right of return” to overrun and destroy Israel. Ra’am had also appointed as a top Jewish Advisor, Yaela Raanan, an anti-Zionist member of Israel’s Communist party Hadash. Raanan has called for the erasure “of the fascist regime in Israel,” demanded to “liberate Palestine,” and has made a speech saying “robbery, violence and oppression has become the norm in Israel.” (See “ZOA to Israeli Parties: Make No Coalition With Anti-Israel Ra’am Islamic Movement Party,” April 7, 2021.)

We would love to hear from you! Please fill out this form and we will get in touch with you shortly.
Trending Z
News January 6, 2022
ZOA Deplores that Pres. Trump Dined with Jew-Haters Kanye West & Nick Fuentes, and Demands he Condemn Them
Uncategorized January 6, 2022
ZOA Honors Trump With Rarely Given Herzl Award for His Great Pro-Israel Work – Joins Ranks of Balfour, Truman, Begin, Meir, Ben-Gurion
News January 6, 2022
ZOA Responds to Questions About Pres. Trump, Kanye West, Fuentes, etc. Issue
Uncategorized January 6, 2022
Zionist Organization of America Honors Donald Trump for Support for Israel, Jewish Community
Center for Law & Justice
We work to educate the American public and Congress about legal issues in order to advance the interests of Israel and the Jewish people.
We assist American victims of terrorism in vindicating their rights under the law, and seek to hold terrorists and sponsors of terrorism accountable for their actions.
We fight anti-Semitism and anti-Israel bias in the media and on college campuses.
We strive to enforce existing law and also to create new law in order to safeguard the rights of the Jewish people in the United States and Israel.
Our Mission
ZOA STATEMENT
The ZOA speaks out for Israel – in reports, newsletters, and other publications. In speeches in synagogues, churches, and community events, in high schools and colleges from coast to coast. In e-mail action alerts. In op-eds and letters to the editor. In radio and television appearances by ZOA leaders. Always on the front lines of pro-Israel activism, ZOA has made its mark.
Related Articles
OP-ED ZOA Praises KKL-JNF Approval to Purchase Privately-Owned Land in Judea/Samaria