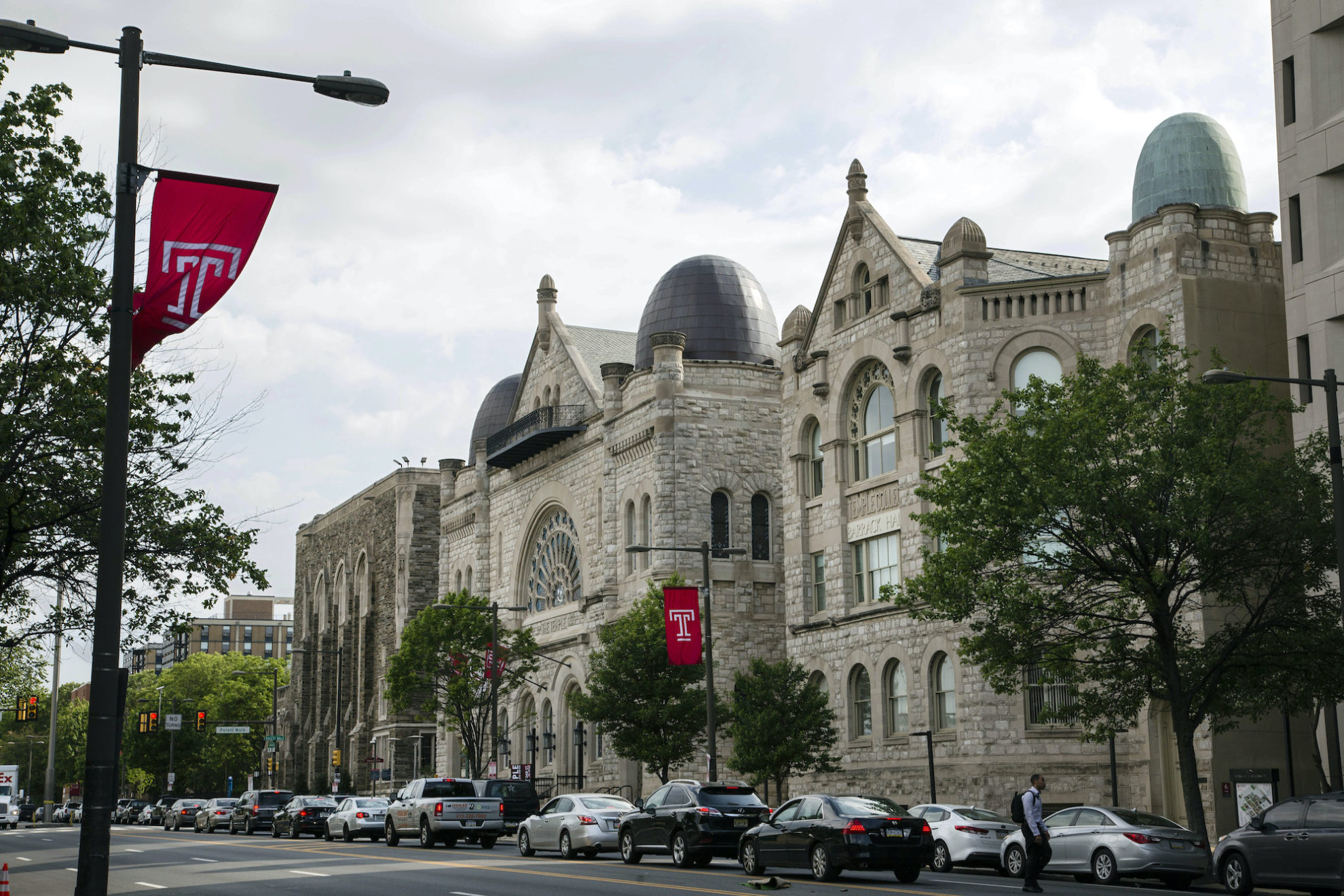 xxxxxxxWe were horrified to learn about the antisemitic harassment and intimidation that a Jewish student has been enduring since the start of her freshman year at Temple University. Equally horrifying was Temple’s delayed and ineffective response, in violation of the University’s obligations under Title VI of the Civil Rights Act.

xxxxxxxAccording to the detailed account she gave to the Forward, Amy Westrick was targeted based on her Jewish identity by her roommate from the very start of their freshman year together. Both of them were recruits to Temple’s rowing team.

xxxxxxxThe roommate made comments about Ms. Westrick’s religious observance. Feeding an offensive antisemitic stereotype, she once asked Ms. Westrick for money because, she said, she thought Jews had a lot of money. After the High Holidays, the roommate sent Ms. Westrick a text that included a photo of herself with the words “I hate Jews” across the bottom.

xxxxxxxInstead of promptly responding to the antisemitism and taking steps reasonably calculated to end the harassment and prevent it from recurring, as required by Title VI, Temple did the opposite. Ms. Westrick reported the text to one of her rowing coaches, but the coach reportedly did not seem upset about the text and did not take any steps to protect Ms. Westrick. Instead of supporting Ms. Westrick and distancing themselves from the antisemite and her conduct, Ms. Westrick’s teammates reportedly spurned her and some joined in to harass her.

xxxxxxxWhen Ms. Westrick asked to change her dorm room so that she no longer lived with her harasser, Temple did not respond immediately to that reasonable request. She – not her antisemitic bully – eventually was moved to a different room, but it was not only in the same dorm but also on the same floor as the bully, effectively forcing Ms. Westrick to continue to have contact with her harasser. When Ms. Westrick had to return to her former dorm room to retrieve some of her belongings, her roommates advised her that she should not be there, based on no-contact orders they had filed with the Temple police – orders that were unjustified since Ms. Westrick had done absolutely nothing wrong.

xxxxxxxWhen Temple finally conducted a formal investigation of the antisemitic harassment that Ms. Westrick endured, her harasser was permitted to have supporters at the hearing.  Ms. Westrick was not. Reportedly, the roommate did not deny that she had repeatedly harassed Ms. Westrick based on her Jewish identity. She simply claimed that she had been joking and was sorry.

xxxxxxxIt is not clear that the harasser was ever punished for her actions. She may have had to take a class on diversity and tolerance.

xxxxxxxThis is hardly enough. More is required. Consistent with Temple University’s obligations under Title VI, we urge you to take the following steps:

What a stain on Temple University’s reputation that a talented Jewish student has decided to transfer to another school because in her experience, Temple is neither safe nor welcoming to Jews. Please do not allow this stain to stand and grow. Make amends to this student and ensure that her experience is never replicated.

We look forward to hearing from you about how Temple intends to meet its legal and moral obligations to Ms. Westrick and other Jewish students. We are here to help in any way.

View this letter as a pdf here.

We would love to hear from you! Please fill out this form and we will get in touch with you shortly.
Trending Z
Uncategorized January 21, 2022
ZOA Analysis: Most American Rabbis Who Are Boycotting Some Israeli Ministers Are From Extremist Left Wing Groups (J Street; T’ruah; JVP)
Uncategorized January 21, 2022
ZOA: Israel’s Reasonable Judicial Reform Proposals Are Good for Democracy, the Rule of Law and the Economy
News January 21, 2022
ZOA is Disappointed, Offended and Frightened by 211 U.S. House Votes Supporting Jew-Hating, Israel-Hating Rep. Ilhan Omar
Uncategorized January 21, 2022
Israel’s “Right of Return” Grandparent Clause is De-Judaizing the Jewish State – Eliminate It
Center for Law & Justice
We work to educate the American public and Congress about legal issues in order to advance the interests of Israel and the Jewish people.
We assist American victims of terrorism in vindicating their rights under the law, and seek to hold terrorists and sponsors of terrorism accountable for their actions.
We fight anti-Semitism and anti-Israel bias in the media and on college campuses.
We strive to enforce existing law and also to create new law in order to safeguard the rights of the Jewish people in the United States and Israel.
Our Mission
ZOA STATEMENT
The ZOA speaks out for Israel – in reports, newsletters, and other publications. In speeches in synagogues, churches, and community events, in high schools and colleges from coast to coast. In e-mail action alerts. In op-eds and letters to the editor. In radio and television appearances by ZOA leaders. Always on the front lines of pro-Israel activism, ZOA has made its mark.
Related Articles
OP-ED Iran Sanctions Relief Will Provide Billions To Fund/Arm Terrorists