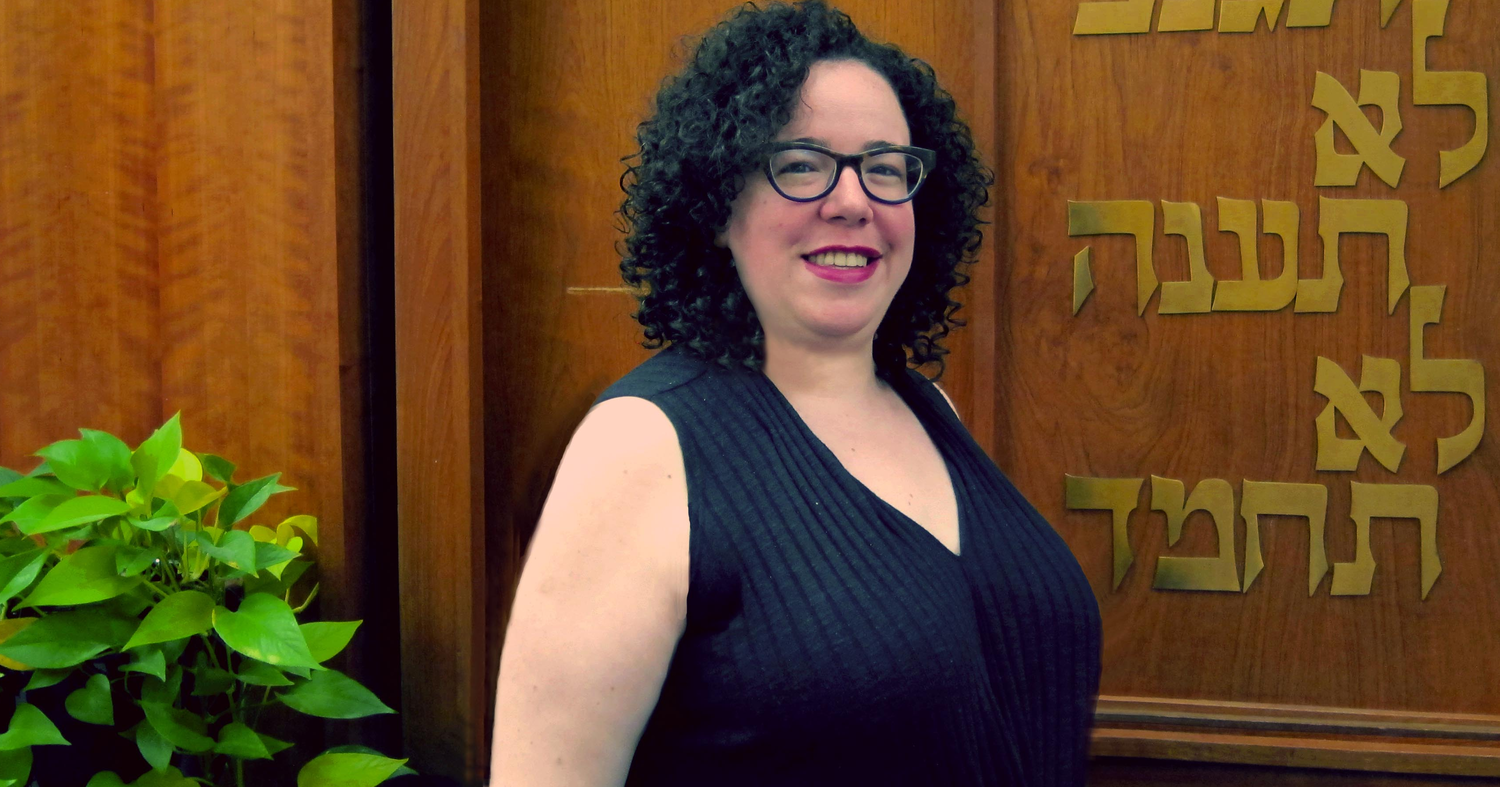 “Jews have to be ok with Palestinians explaining why some turn to terrorism.”

(JANUARY 31, 2022 / FRONTPAGEMAG) After the Hamas kidnapping and murder of three Israeli Jewish teens, resulting in Israeli forces aggressively pursuing the Islamic terrorist group over the horrifying atrocity, Tema Smith retweeted and praised an article titled, “There Are No Good Guys In The Gaza-Israel Conflict”.

The article, among other things, claimed that, “Hamas — and the Palestinians as a whole — have desperately real and legitimate grievances against Israel.”

She also retweeted another piece urging Jews to, “repent for Gaza’s dead.”

“Here’s the thing: Jews *have* to be ok with Palestinians *explaining* why some turn to terrorism,” Tema Smith insisted two years ago.

Now, the ADL has chosen Tema Smith as its Director of Jewish Outreach. As a Jewish activist on Twitter quipped, “Whom do the Jews hire as Director of Outreach to the ADL?”

It’s a valid question since Smith, in her own words, has said of her role, “I educate the Jewish community on race and racism as a speaker and writer.”

Rather than educating anyone about the threat of antisemitism, she tells Jews they’re racists.

The ADL’s idea of “Jewish Outreach” is an identity politics hire who spends her time castigating Jews for opposing critical race theory and intersectionality because of its inherent antisemitism.

In an op-ed for the extremist Forward site, Tema Smith argued that black antisemitism didn’t really exist because “antisemitism in the black community is shown to be the symptom of the structures of racism in the United States”. Last year, she attacked Jewish institutions that “platform speakers who call Critical Race Theory and antiracism inherently antisemitic.”

Tema’s views on Israel come as no surprise. She was a fellow at the Israel Policy Forum. The IPF was J Street before the Soros group even existed and engages in anti-Israel activism. The self-described, “red diaper baby” refers to Israel’s “occupied West Bank and Gaza”, and repeatedly attacks the Jewish State for defending itself against Islamic terrorism.

The latest ADL outrage comes after a series of horrifying moves by its boss, Jonathan Greenblatt, which include ties to anti-Israel activists and minimizing BDS. But the hiring of Tema Smith outraged so many Jewish activists because it conveyed the ADL’s disdain for the Jewish community. Whom, they wonder, is the ADL reaching out to by hiring Tema?

But the ADL’s new constituency isn’t the Jewish community, it’s the anti-Israel Left.

Six years ago, Greenblatt wrote of BDS activists, “we should acknowledge the earnestness of their motives.”

Four years ago, the ADL came out against security grants for synagogues. That same year, Jonathan Greenblatt opened an ADL conference with a vocal defense of George Soros, and invited anti-Israel activists to the conference while a panel accused “some in the Jewish community” of labeling “almost all expressions that are deemed ‘anti-Israel’ as antisemitic”.

Two years ago, Greenblatt and the ADL stood with Amnesty International and Human Rights Watch against Israel. They cosigned a Black Lives Matter letter alongside anti-Israel hate  groups like JVP. This was one of several anti-Israel letters or letters with anti-Israel groups that the ADL had signed on to that year.

Even while the ADL has undermined Israel and the Jewish community, it has waged a war on authentic pro-Israel groups like the Zionist Organization of America and Canary Mission.

The ADL’s embrace of Tema Smith is part of its repudiation of Israel and Jews. Tema Smith isn’t just terrible on Israel, but on even the most obvious and basic forms of antisemitism.

Two years ago, British Jews protested antisemitism by Wiley, a British rapper who claimed that, “there are two sets of people who nobody has really wanted to challenge Jewish and KKK” and ranted, “Why did Hitler hate you? For nothing?”

Academy Award nominated screenwriter Lee Kern noted that, “Tema helped antisemites rather than British Jews when she slandered us as the racists for symbolically leaving twitter for a day in protest of someone who champions Nazi talking points.”

Smith cheered the idea that the Muslim murderer of Sarah Halimi, a retired Jewish kindergarten director, who had shouted Allahu Akbar after violently beating her and throwing her out of the window, was the real victim.

On Twitter, Smith endorsed a claim that the “Jewish community press” are out to “maximize outrage and minimize understanding” of the Halimi murder case.

Smith agreed that the “sources on this have been misleading and inflammatory”.

The ADL frequently complains about inappropriate Holocaust analogies, but Smith retweeted an attack on the Holocaust Museum for daring to condemn AOC’s comparison of illegal alien detention to the Holocaust.

Tema Smith is a wholly inappropriate choice for any organization that still occasionally claims to be pro-Israel and to be dedicated to fighting antisemitism. But the ADL is actually neither.

The ADL is far more interested in Black Lives Matter and transgender activism than Jews.

Jonathan Greenblatt, the ADL’s new boss, a veteran of the Obama administration who many blame for the organization’s hostility to Israel and Jews, tweeted, “Mazel tov to @temasmith. Kudos for being honored for your vital voice in the movement to empower & include Jews of Color.”

Tema Smith’s leftist politics and her identification as a black woman matter far more to the ADL than her position on any Jewish issues.

The ADL’s hiring of Tema Smith comes after its Never Again Is Now summit last year invited anti-Israel figures who had falsely accused Israel of “ethnic cleansing” and blamed the Jews massacred in the Mumbai terror attack for their alleged attitude which “gives the sense of an elite club for Jews alone, is part of what provoked the terrorists to target them for the attack.”

I titled my coverage of that abomination of a conference, “The ADL Convenes a Summit of Anti-Semites to Fight Antisemitism.”

Now the ADL has hired a Director of Jewish Outreach who hates Jews.

Daniel Greenfield, a Shillman Journalism Fellow at the Freedom Center, is an investigative journalist and writer focusing on the radical Left and Islamic terror.

This article was originally published in FrontPageMag and can be viewed here.

We would love to hear from you! Please fill out this form and we will get in touch with you shortly.
Trending Z
Uncategorized February 1, 2022
FLASH: ISRAEL-JORDAN PEACE TREATY (1994) GUARANTEES JEWS ACCESS TO THE TEMPLE MOUNT – LET MY PEOPLE PRAY
Uncategorized February 1, 2022
ZOA Analysis: Most American Rabbis Who Are Boycotting Some Israeli Ministers Are From Extremist Left Wing Groups (J Street; T’ruah; JVP)
Uncategorized February 1, 2022
Israel’s “Right of Return” Grandparent Clause is De-Judaizing the Jewish State – Eliminate It
Uncategorized February 1, 2022
Exclusive: ZOA Accuses Ilhan Omar of Hating the U.S. ‘as Much as Israel,’ Lauds Kevin McCarthy for ‘Throwing Her Off the HFAC’
Center for Law & Justice
We work to educate the American public and Congress about legal issues in order to advance the interests of Israel and the Jewish people.
We assist American victims of terrorism in vindicating their rights under the law, and seek to hold terrorists and sponsors of terrorism accountable for their actions.
We fight anti-Semitism and anti-Israel bias in the media and on college campuses.
We strive to enforce existing law and also to create new law in order to safeguard the rights of the Jewish people in the United States and Israel.
Our Mission
ZOA STATEMENT
The ZOA speaks out for Israel – in reports, newsletters, and other publications. In speeches in synagogues, churches, and community events, in high schools and colleges from coast to coast. In e-mail action alerts. In op-eds and letters to the editor. In radio and television appearances by ZOA leaders. Always on the front lines of pro-Israel activism, ZOA has made its mark.
Related Articles
OP-ED BY: Jonathan S. Tobin A ‘Big Jewish Tent’ Is Incompatible With Cancel Culture | JNS

(April 28, 2021 / JNS) The question of what particular groups sit around the table at Boston’s Jewish Community Relations Council is not exactly one of the great dilemmas of modern Jewish history. Such organizations tend to take on the characteristics of a private social club. That ensures that the viciousness of the arguments of the participants is […]

(June 9, 2021 / JNS) The formation of an Israeli governing coalition with the anti-Zionist Islamist movement (Ra’am), and the reported concessions granted to Ra’am in the coalition agreement are extremely dangerous and inimical to Israel’s security, the rule of law, Israeli election integrity and may handcuff Israel’s free decision-making ability. The coalition agreement reportedly facilitates massive illegal […]