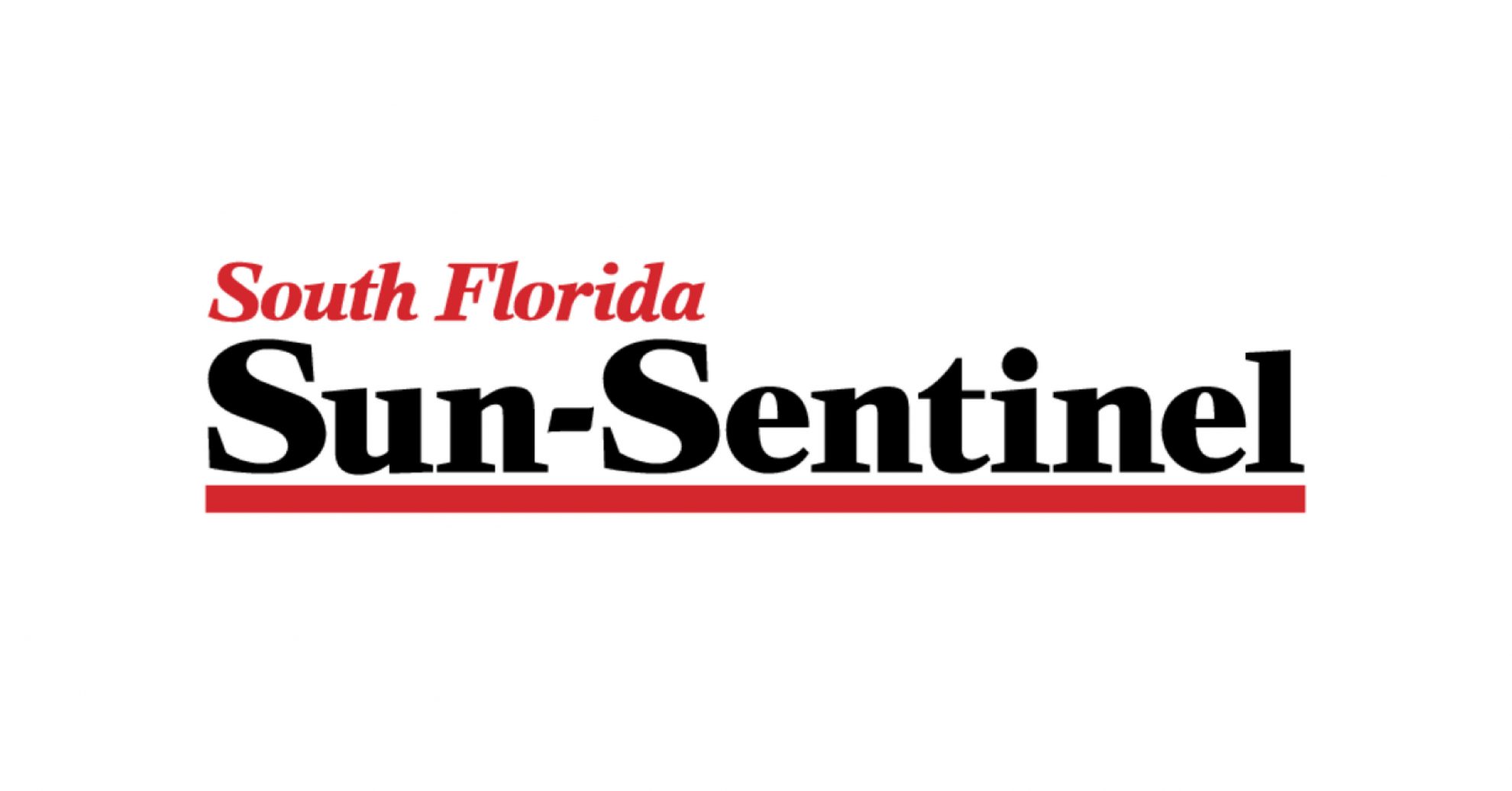 Zionists believe in the development and protection of a Jewish nation in what is now Israel.

In past years, supporters and advocates of the Jewish homeland have gathered at Aventura Turnberry Jewish Center to celebrates Israel Independence Day. The tradition of honoring the Holy Land at that venue will continue at 6:30 p.m. Thursday, Feb. 24 when ZOA Florida (Zionist Organization of America) presents its major fundraising gala “Heroes for Israel.”

David Friedman, former U.S. Ambassador to Israel, Bal Harbour Mayor Gabriel Groisman and Rabbi Ariel Yeshurun of Skylake Synagogue will be the honorees for the evening.

Special guests will include ZOA National President Morton A. Klein, Consul General of Israel in Miami Maor Elbaz-Starinsky, elected officials and more. Chairpersons for the event will be board members Marian and Paul Kruss.

Friedman will receive the “Zionist Hero Award” for his leadership during his term as U.S. Ambassador under President Donald Trump. Among his significant accomplishments was his role in the historic American embassy move to Jerusalem, acknowledging the Jewish people’s right to their eternal and undivided capital.

When it was announced the Ambassador would receive the award, he stated to ZOA, “I am deeply honored to receive the Zionist Hero Award from ZOA, a vital organization that is such an effective advocate for a strong U.S.-Israel relationship. At a time when Israel and its supporters find themselves under attack from extremists on the Right and Left, ZOA exposes and combats this malign activity like no one else. I wish ZOA and its members continued strength and success in their critical work.”

When Morton Klein was asked why ZOA was hosting this event, he said, “This ZOA Florida Gala hopes to inspire people to continue supporting Israel as America’s greatest human rights loving ally. It’s also to make them more aware of the Biden-funded terrorist dictatorship of the Palestinian Authority, which pays Arabs lifetime pensions to murder Jews. Yet we must remain optimistic that the Abraham Accords, achieved with the critical help of our speaker Ambassador David Friedman, had shown the world that peace can be achieved with Arab/Muslim countries like Bahrain and UAE.

“My talk will highlight that a factor in the increase in Jew hatred is the propaganda lies being promulgated like (1) the lie that Israel is occupying Arab land, (2) the lie that Israel is an apartheid State when it’s the Arab States that have practiced discrimination and ethnic cleansing of Jews (3) the lie that Jerusalem is extraordinarily holy to Muslims (4) the lie that the Mahmoud Abbas, head of the Palestinian Authority, is a moderate peace seeker, and (5) the lie a Palestinian state has never been offered and a state will bring peace.

Groisman, who will receive the “Pillar of the Community” award for his leadership, and particularly for confronting antisemitism, while encouraging all Jews to stand proudly, said, “It is a tremendous honor to be recognized by the Zionist Organization of America. Everyone shares an obligation to do the right thing. I have been blessed with various opportunities to stand up for our community and for others, and have done what our community has always taught us to do. As a proud Jew and Zionist, I am thankful to have been able to effect change where needed most.”

Rabbi Yeshurun, who will receive the “Light Unto the Nations” award at the gala, stated, “It is truly an honor to be the recipient of the ‘Light Unto Nations’ award and celebrate the Zionist dream ­― for which the ZOA has done and continues to do so much ­― come true in a thriving and vibrant State of Israel.”

When asked why the upcoming event is so vital, Sharona Whisler, executive director ofZOA Florida, said, “We are incredibly blessed here in South Florida to have outstanding and proud Zionist leaders. We created this celebratory night with the vision to inspire people to action, by recognizing those who emulate ZOA’s mission of unapologetically fighting for the future prosperity of Israel and the Jewish people.

“ZOA is tireless in its range of important work; an expanding and robust campus department with ZOA coordinators in over 100 campuses around the country, inspiring students with Zionist pride, educating them about Israel and helping them fight against the ever-present anti-Zionism lies they face; a tireless government relations department that continually informs members of Congress the truth of the Arab/Islamist war against Israel and the West,” Whisler said.

“This sacred work helps ensure the future prosperity of the Jewish people and all of Israel, including our biblical heartland of Judea and Samaria; and an effective and powerful Center for Law and Justice, which takes on cases of discrimination and harassment of Jewish students in colleges and high schools, fighting against antisemitism and fighting the antisemitic Boycott, Divestment and Sanctions (BDS) efforts through our legal system. It was ZOA which led the fight to change Title VI of the Civil Rights Act to finally include Jewish students,” she said.

To sponsor, or buy a ticket or digital ad, go to ZOA Florida Heroes for Israel or http://weblink.donorperfect.com/flheroesforisrael2022. For more information, contact fldinner@zoa.org or 212-481-1500, ext. 223.

This article was originally published in the Sun-Sentinel and can be viewed here with membership.

We would love to hear from you! Please fill out this form and we will get in touch with you shortly.
Trending Z
Uncategorized February 3, 2022
FLASH: ISRAEL-JORDAN PEACE TREATY (1994) GUARANTEES JEWS ACCESS TO THE TEMPLE MOUNT – LET MY PEOPLE PRAY
Uncategorized February 3, 2022
ZOA Analysis: Most American Rabbis Who Are Boycotting Some Israeli Ministers Are From Extremist Left Wing Groups (J Street; T’ruah; JVP)
Uncategorized February 3, 2022
Israel’s “Right of Return” Grandparent Clause is De-Judaizing the Jewish State – Eliminate It
Uncategorized February 3, 2022
Exclusive: ZOA Accuses Ilhan Omar of Hating the U.S. ‘as Much as Israel,’ Lauds Kevin McCarthy for ‘Throwing Her Off the HFAC’
Center for Law & Justice
We work to educate the American public and Congress about legal issues in order to advance the interests of Israel and the Jewish people.
We assist American victims of terrorism in vindicating their rights under the law, and seek to hold terrorists and sponsors of terrorism accountable for their actions.
We fight anti-Semitism and anti-Israel bias in the media and on college campuses.
We strive to enforce existing law and also to create new law in order to safeguard the rights of the Jewish people in the United States and Israel.
Our Mission
ZOA STATEMENT
The ZOA speaks out for Israel – in reports, newsletters, and other publications. In speeches in synagogues, churches, and community events, in high schools and colleges from coast to coast. In e-mail action alerts. In op-eds and letters to the editor. In radio and television appearances by ZOA leaders. Always on the front lines of pro-Israel activism, ZOA has made its mark.
Connect with us
Sign up for our Newsletter