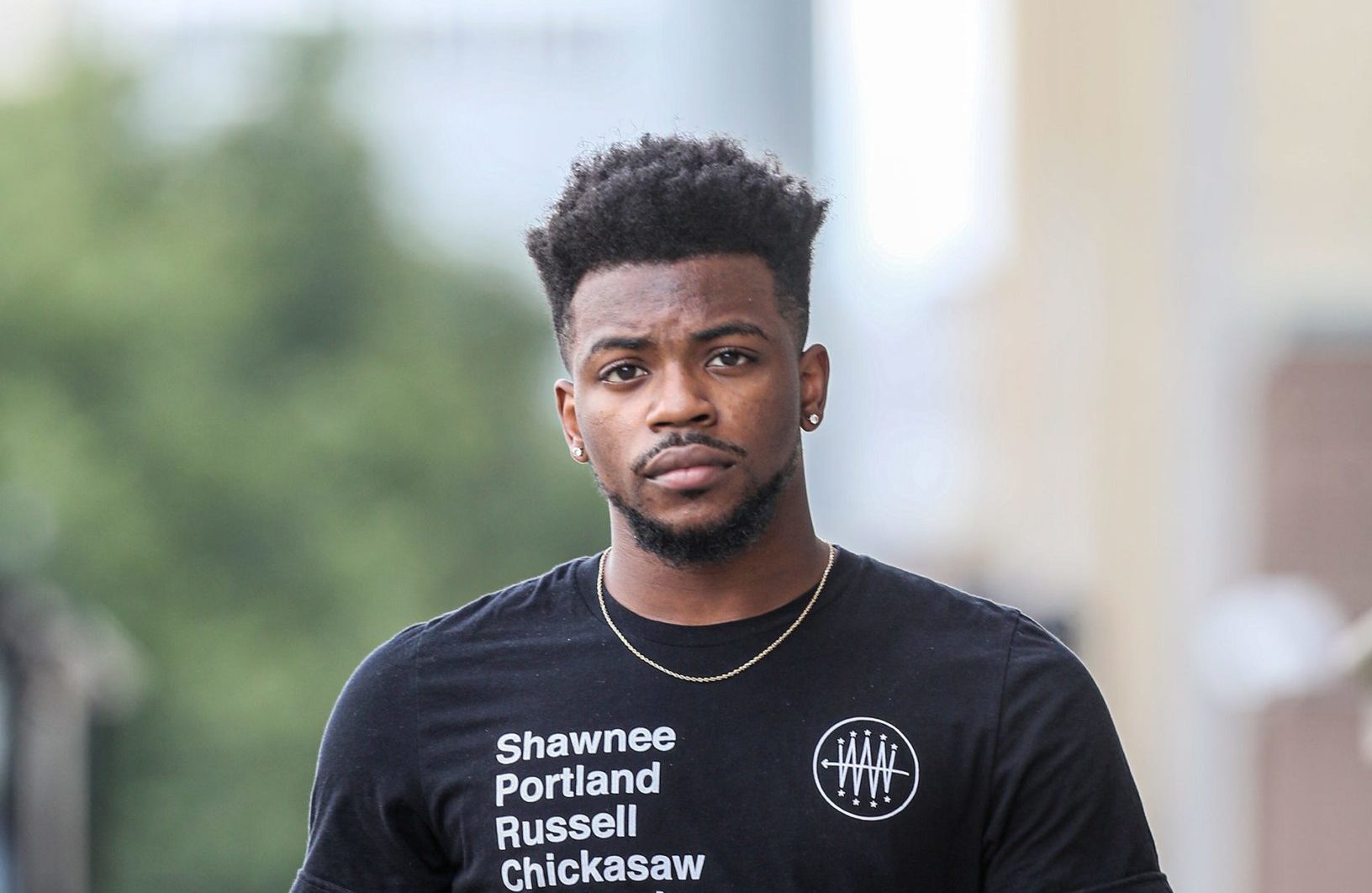 Some people immediately claimed that Quintez Brown suffers from “mental illness” – the too-frequent excuse used to rationalize deadly attacks on Jews, when antisemitism is a more obvious explanation.

And ludicrously, some people cast blame on “the Right” and Republicans, even though the would-be assassin was neither of these. Independent journalist Andy Ngo explained that a worker “on Joe Biden’s 2020 campaign, [who] is a political operative for Democrats, blamed the assassination attempt by a Black nationalist, #BLM activist suspect on the Right.” Tucker Carlson noted that the Las Vegas Sun absurdly claimed that the assassination attempt by a Black, progressive BLM activist “revealed the dangers of the talk coming from the right” and came amid threats “fueled by increasingly violent rhetoric coming from extremist Republicans.”

(1)  Admiration for Jew-hater Kwame Ture: Quintez Brown frequently tweeted, and apparently greatly admires the uncompromising, radical “Black Power” and Pan-African socialist teachings of extremist Kwame Ture a.k.a. Stokely Carmichael. Kwame Ture was an antisemite and misogynist who infamously said: “The only good Zionist is a dead Zionist” and “The only position for women in SNCC is prone”; and supported Fatah terrorist murderers as engaged in a “just struggle.”

(2) Anti-Israel retweet: Brown falsely retweeted violence-promoting BLM activist Bree Newsome’s tweet: “Some of the most intense censorship in this country is around people who speak up for Palestinian rights. If y’all care so much about free speech, put your thumbs to work on that.”

Brown also retweeted a promotion for an international tribunal event sponsored by the “Jericho Movement.” The Jericho Movement co-opts radical Black Power activists into opposing Israel’s existence by initially promoting the Black Power goal of freeing Black prisoners. The Jericho Movement then interjects its “Palestine Solidarity Principles of Unity,” which declare: “Confront Racism and Colonialism! : Zionism is a form of White supremacy and European colonialism. “Israel” was founded on Zionism and is therefore an unjust and illegitimate state.”

(4) Mocking crowd mourning murdered police officers: Quintez Brown retweeted a tweet picturing and mocking the thousands of New York City police officers sorrowfully gathered at the funerals of fellow police officers who were shot in cold blood when the officers answered a 911 call in Harlem. Brown’s retweet even called the mourning police officers an “occupying army,” saying: “This is the behavior of an occupying army, not a “civilian” police force. In mass, they mourn their own as heroes when killed while demonizing those that they kill (on a much more frequent basis) as criminals deserving of death.”

(5) Justifying Black violence: Quintez Brown retweeted: “The death of Martin Luther King gave several hypocritical persons the opportunity to make stupid remarks about the virtues of non-violence. A critical passage from Walter Rodney’s ‘Groundings with My Brothers’: . . . “By what standards can we equate the violence of blacks who have been oppressed, suppressed depressed and repressed for four centuries with the violence of white fascists? Violence aimed at recovery of human dignity and equality cannot be judged by the same yardstick as violence aimed at maintenance of discrimination and oppression.”

(6) Supporting Socialism and Communism: The header for Quintez Brown’s Twitter account reads:“@quintez_brown @tez4liberation We have one scientific and correct solution, Pan-Africanism: the total liberation and unification of Africa under scientific socialism.

Quintez Brown also tweeted: “Only under socialism can we readily accumulate the capital we need for our development, . . . and achieve our goal of liberation.” He also retweeted a call to “bring about socialism and communism”; and retweeted the U.S. Communist Party’s tweet rejoicing that, “More and more young people are breaking through anti-Communism. More and more young people are joining socialist and communist organizations. This is a response to a collapsing empire. It is socialism or extinction.”

Quintez Brown also retweeted “Muslimah Samiyah” quoting Kwame Ture saying: “We say under Pan-Africanism that we talk about the total liberation and unification of Africa under scientific socialism. In America we live in a capitalist system. We say a capitalist system is stupid, backward, ridiculous, irrational—we know that.”

We would love to hear from you! Please fill out this form and we will get in touch with you shortly.
Trending Z
Uncategorized February 17, 2022
FLASH: ISRAEL-JORDAN PEACE TREATY (1994) GUARANTEES JEWS ACCESS TO THE TEMPLE MOUNT – LET MY PEOPLE PRAY
Uncategorized February 17, 2022
ZOA Analysis: Most American Rabbis Who Are Boycotting Some Israeli Ministers Are From Extremist Left Wing Groups (J Street; T’ruah; JVP)
Uncategorized February 17, 2022
Israel’s “Right of Return” Grandparent Clause is De-Judaizing the Jewish State – Eliminate It
Uncategorized February 17, 2022
Exclusive: ZOA Accuses Ilhan Omar of Hating the U.S. ‘as Much as Israel,’ Lauds Kevin McCarthy for ‘Throwing Her Off the HFAC’
Center for Law & Justice
We work to educate the American public and Congress about legal issues in order to advance the interests of Israel and the Jewish people.
We assist American victims of terrorism in vindicating their rights under the law, and seek to hold terrorists and sponsors of terrorism accountable for their actions.
We fight anti-Semitism and anti-Israel bias in the media and on college campuses.
We strive to enforce existing law and also to create new law in order to safeguard the rights of the Jewish people in the United States and Israel.
Our Mission
ZOA STATEMENT
The ZOA speaks out for Israel – in reports, newsletters, and other publications. In speeches in synagogues, churches, and community events, in high schools and colleges from coast to coast. In e-mail action alerts. In op-eds and letters to the editor. In radio and television appearances by ZOA leaders. Always on the front lines of pro-Israel activism, ZOA has made its mark.
Related Articles
OP-ED ZOA Praises KKL-JNF Approval to Purchase Privately-Owned Land in Judea/Samaria