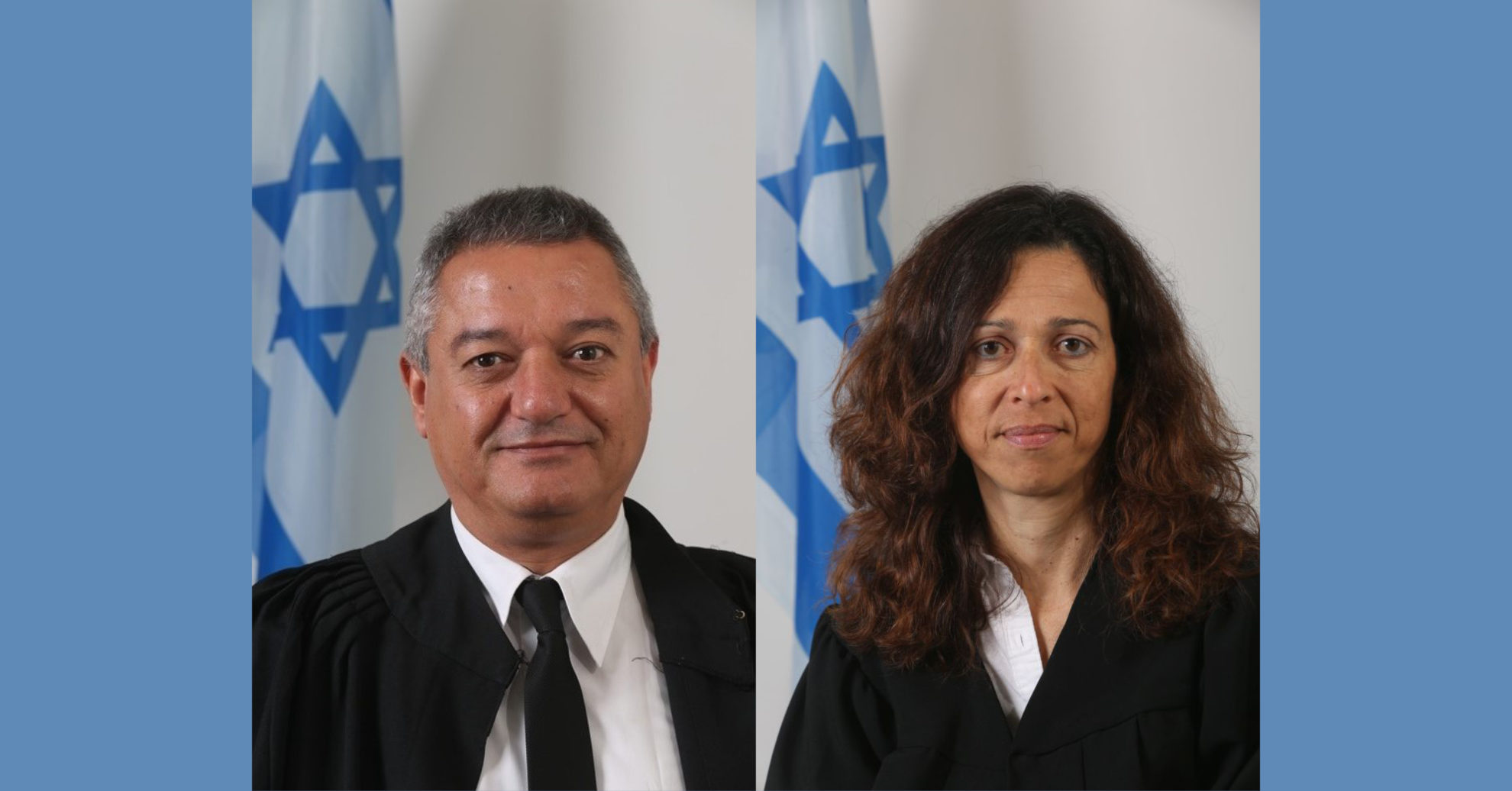 Last week, Israel’s undemocratic Judicial Selection Committee approved two particularly dangerous appointments to Israel’s powerful Supreme Court: Judge Khaled Kabub, a.k.a Kabov, a Muslim Arab who has alarming alleged terror connections; and far-left radical Judge Ruth Ronen. Israeli Justice Minister Gideon Sa’ar, current head of the Judicial Selection Committee, could have and should have stopped these dreadful selections, but instead engaged in the shameful political deal-making that resulted in these appointments. The far Left has long pushed for Ronen’s and Kabub’s appointments. Labor leader Merav Michaeli boasted that her demand (as a condition for joining the governing coalition) to have a Labor MK (Efrat Rayten) on the Judicial Committee has now borne fruit.

This contradicts moral and Biblical laws for selecting judges, which enjoin us to select judges that do not pervert justice, show favoritism, or accept anything – no matter how small – that might be deemed a bribe. (Shoftim) The major criteria that should have been used are impartiality, integrity, and fidelity to Israel’s Basic Laws (Israel’s equivalent of a constitution). But these criteria were not mentioned.

Elevating Judge Kabub and Judge Ronen to the Israeli Supreme Court could damage Israeli sovereignty and rights, and Israel’s ability to defend herself against terrorists for many years.

Judge Ronen’s Connection to Anti-Israel NIF Grantee: Judge Ruth Ronen has apparently placed far-left wing ideology above her judicial obligations. In 2011, Judge Ronen ordered the Israeli government to give sensitive security information regarding Gaza to the anti-Israel NGO Gisha. Ronen’s involvement in this case and dangerous decision violated Ronen’s obligation to recuse herself, because Ronen’s husband, Ze’ev Bergman, was a management member of (and large donor – NIS 350,000) to the hostile-to-Israel group “New Israel Fund/Shatil,” which funds Gisha. The Legal Forum for Israel filed a complaint against Judge Ronen for failing to recuse herself. Then-Ombudsman for Judges Eliezer Goldberg found that the complaint against Judge Ronen was justified. (See also here; here; here and here.)

Moreover, the Israeli Supreme Court has arrogated to itself the power to decide political questions and wide-ranging jurisdiction. By contrast, in the U.S., the “political question doctrine” prohibition and our Constitutional limits restrict the cases heard by federal courts. While the U.S. Supreme Court decides only 100 to 150 cases per year, the Israeli Supreme Court decides 10,000 cases per year. Many cases are brought by anti-Israel NGOs to harass Israel and the Israel Defense Forces. Israel needs to enact strong limits on justiciability and the Supreme Court’s powers.

Further, the all-powerful Israeli Supreme Court’s decisions are binding on all other Israel courts – except that it can overturn its prior decisions and impose new law throughout the land. (Basic Law: the Judiciary, section 20(b).) Further Israeli Supreme Court cases are often decided by three-judge panels, or just one judge. Two new bad judges can thus cause enormous damage.

We would love to hear from you! Please fill out this form and we will get in touch with you shortly.
Trending Z
Uncategorized March 2, 2022
FLASH: ISRAEL-JORDAN PEACE TREATY (1994) GUARANTEES JEWS ACCESS TO THE TEMPLE MOUNT – LET MY PEOPLE PRAY
Uncategorized March 2, 2022
ZOA Analysis: Most American Rabbis Who Are Boycotting Some Israeli Ministers Are From Extremist Left Wing Groups (J Street; T’ruah; JVP)
Uncategorized March 2, 2022
Israel’s “Right of Return” Grandparent Clause is De-Judaizing the Jewish State – Eliminate It
Uncategorized March 2, 2022
Exclusive: ZOA Accuses Ilhan Omar of Hating the U.S. ‘as Much as Israel,’ Lauds Kevin McCarthy for ‘Throwing Her Off the HFAC’
Center for Law & Justice
We work to educate the American public and Congress about legal issues in order to advance the interests of Israel and the Jewish people.
We assist American victims of terrorism in vindicating their rights under the law, and seek to hold terrorists and sponsors of terrorism accountable for their actions.
We fight anti-Semitism and anti-Israel bias in the media and on college campuses.
We strive to enforce existing law and also to create new law in order to safeguard the rights of the Jewish people in the United States and Israel.
Our Mission
ZOA STATEMENT
The ZOA speaks out for Israel – in reports, newsletters, and other publications. In speeches in synagogues, churches, and community events, in high schools and colleges from coast to coast. In e-mail action alerts. In op-eds and letters to the editor. In radio and television appearances by ZOA leaders. Always on the front lines of pro-Israel activism, ZOA has made its mark.
Related Articles
OP-ED BY: ZOA Staff ZOA Criticizes Pres. Obama For Praising Abbas’ “Renoucing Violence” –– Kerry For Calling Israel Demand of Recognition As “Jewish State” A Mistake