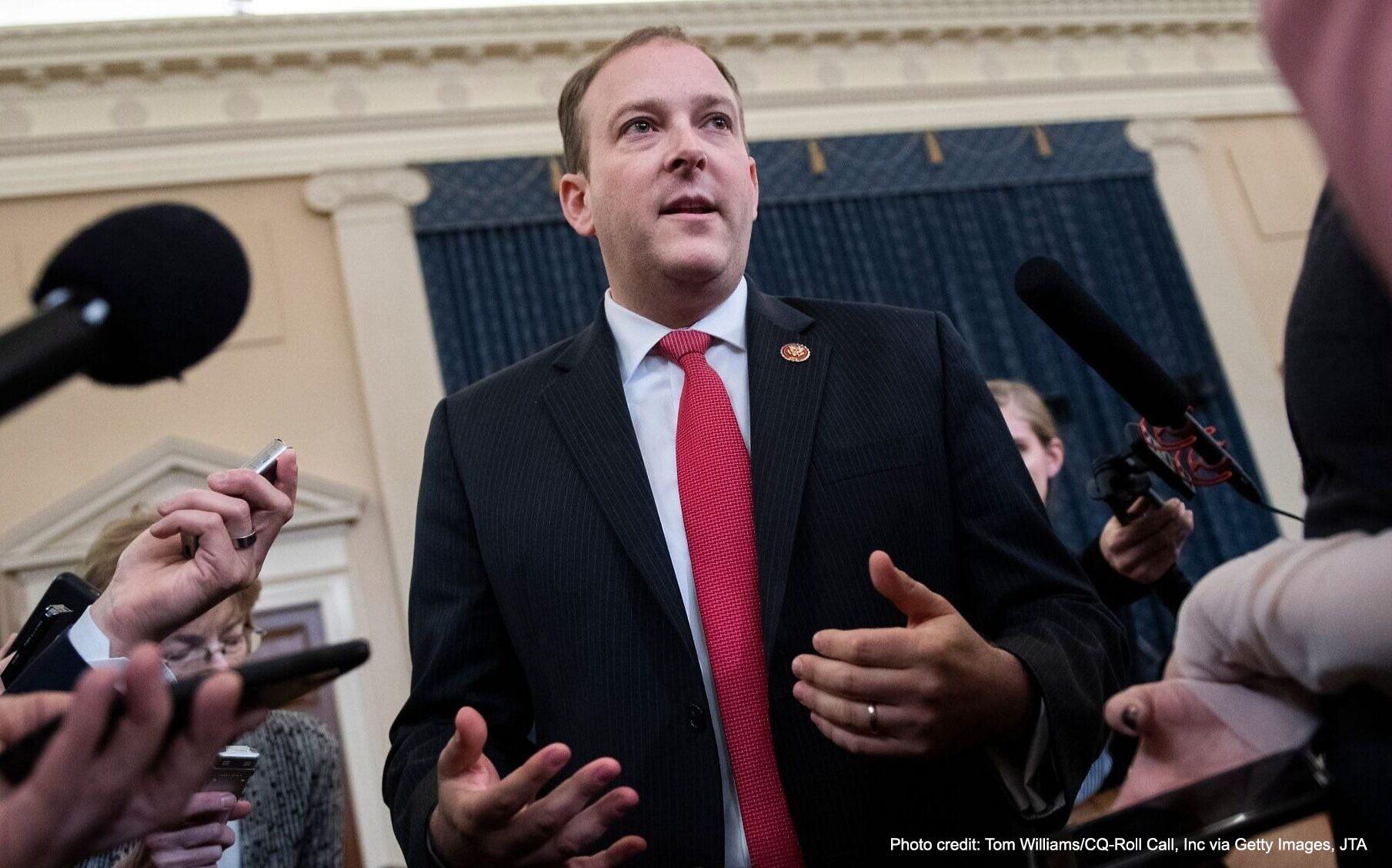 (MARCH 9, 2022 / ISRAEL HAYOM) A group of Republicans in Congress, led by the co-chair of the House Republican Israel Caucus Rep. Lee Zeldin (R-NY), introduced a bill on March 3 to protect American companies from being coerced to provide information to international organizations for the purpose of furthering boycotts against Israel.

The Anti-Boycott Act, which has 46 Republican co-sponsors, would amend the Export Administration Act of 1979 to prohibit boycotts or boycott requests imposed by international governmental organizations against Israel. The act would also hold accountable individuals who attempt to violate the act. It also affirms Congress’s opposition to the BDS movement and considers the UN Human Rights Council’s creation of a database of companies doing business in the West Bank, east Jerusalem and the Golan Heights to be an act of BDS.

“In the past year alone, we have witnessed an alarming rise in antisemitic and anti-Israel hate and violence in the United States and around the world. Whether it’s Hamas’s terror attacks on Israel, well-known companies embracing the BDS movement, antisemitism in academia, discrimination against Israel at the UN or congregants of a Texas synagogue being held hostage, there is no denying that antisemitism is a persistent problem in our society that needs to be identified, called out and crushed in all forms,” Zeldin said in a news release.

“Too many – even in the halls of Congress – have emboldened antisemitic and anti-Israel rhetoric by accepting the BDS movement whose founder, in referring to Zionism, said ‘I, for one, support euthanasia,'” he continued. “This legislation not only reinforces congressional opposition to the BDS movement but protects American companies from being forced to provide information to international organizations that peddle this hate-filled movement and holds those who attempt to violate that protection accountable.”

The bill is supported by the Republican Jewish Coalition and the Zionist Organization of America.

“It’s been nearly three years since the House passed the resolution Congressman Zeldin co-authored condemning the BDS movement in 2019. The current Congress has a chance to act upon that overwhelming anti-BDS sentiment by passing Congressman Zeldin’s Israel Anti-Boycott Act,” said RJC national chairman Norm Coleman in a news release.

“Our long-standing anti-boycott laws should apply to international organizations like the UN Human Rights Council and the EU just as much as they do to the countries in the Arab League,” Coleman said.

ZOA National President Morton A. Klein said that while the Abraham Accords were a big setback for the “Arab-Islamic” war against Israel, organized boycotts of Israel continue and threaten the Jewish state’s well-being.

“Today’s version of this evil, antisemitic action is as likely to be organized by the United Nations itself or the European Union as by an Arab state that is a terrorist, human-rights-abusing dictatorship,” he said.

“This new Zeldin-initiated law will update the Export Control Reform Act to make it explicit that U.S. law still prohibits compliance with an anti-Israel boycott, even when it is not organized by an unfriendly, radical government,” Klein said in the release. “It also makes it clear that boycotts of Judea and Samaria are boycotts of Israel and Jews, and are punishable by American law. The disgraceful antisemitic practice of the UN to facilitate the antisemitic BDS movement by compiling lists of companies doing business in Israel is also explicitly covered by this new law.”

This article was originally published in Israel Hayom and can be viewed here.

We would love to hear from you! Please fill out this form and we will get in touch with you shortly.
Trending Z
Uncategorized March 10, 2022
ZOA Analysis: Most American Rabbis Who Are Boycotting Some Israeli Ministers Are From Extremist Left Wing Groups (J Street; T’ruah; JVP)
Uncategorized March 10, 2022
ZOA: Israel’s Reasonable Judicial Reform Proposals Are Good for Democracy, the Rule of Law and the Economy
News March 10, 2022
ZOA is Disappointed, Offended and Frightened by 211 U.S. House Votes Supporting Jew-Hating, Israel-Hating Rep. Ilhan Omar
Uncategorized March 10, 2022
Israel’s “Right of Return” Grandparent Clause is De-Judaizing the Jewish State – Eliminate It
Center for Law & Justice
We work to educate the American public and Congress about legal issues in order to advance the interests of Israel and the Jewish people.
We assist American victims of terrorism in vindicating their rights under the law, and seek to hold terrorists and sponsors of terrorism accountable for their actions.
We fight anti-Semitism and anti-Israel bias in the media and on college campuses.
We strive to enforce existing law and also to create new law in order to safeguard the rights of the Jewish people in the United States and Israel.
Our Mission
ZOA STATEMENT
The ZOA speaks out for Israel – in reports, newsletters, and other publications. In speeches in synagogues, churches, and community events, in high schools and colleges from coast to coast. In e-mail action alerts. In op-eds and letters to the editor. In radio and television appearances by ZOA leaders. Always on the front lines of pro-Israel activism, ZOA has made its mark.
Related Articles
OP-ED BY: Joshua Needleman ZOA & Penn Middle East Center Plan Meeting Over Breaking the Silence Event – Jewish Exponent