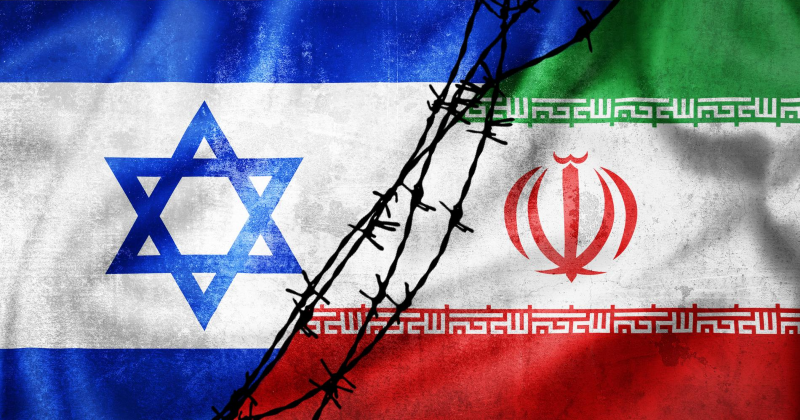 (APRIL 13, 2022 / FLORIDA DAILY) Last week, Florida Republican U.S. Sens. Marco Rubio and Rick Scott joined nine Republicans in the U.S. Senate in sending a letter to President Joe Biden urging his administration to provide Israel with the military capabilities it needs to defend itself from a nuclear-armed Iran.

The letter is supported by the Jewish Institute for National Security of America (JINSA), Christians United for Israel (CUFI), the Republican Jewish Coalition (RJC), and the Zionist Organization of America (ZOA).

The letter is below.

We write to urge you to provide Israel with the military capabilities it needs to defend itself and prevent Iran from achieving a nuclear-weapons capability.

As you know, Iran’s ballistic missile arsenal, its support for terrorism, and its other destabilizing activities pose grave threats to the United States and our allies and partners in the Middle East. The Iranian regime arms the Houthis in Yemen with the missiles and drones that they use to attack civilian targets in Saudi Arabia and the United Arab Emirates. Iran equips Hezbollah and Hamas with tens of thousands of rockets, including the more than 4,000 rockets which Hamas fired at Israeli civilians last May. Last month, Iran escalated its attacks against Americans in Iraq, firing a dozen ballistic missiles from Iranian soil at the U.S. consulate in Erbil.

Meanwhile, your administration appears intent on striking a new nuclear deal with Iran that will provide the regime with a pathway to nuclear weapons. A nuclear-armed Iran would have major negative regional implications. It would put at risk the existence of the State of Israel and the governments of our Arab allies, destroy America’s position in the Middle East, and ultimately threaten the U.S. homeland. A course-correction is necessary.

We therefore urge your administration to take immediate action to provide Israel with the military capabilities it needs to defend itself from Iran. Most importantly, since the purchase has already been approved, your administration must expedite the delivery of KC-46A aerial refueling tankers to Israel as rapidly as possible without interrupting deliveries to our own Air Force. Accelerating delivery of tactical aircraft like the F-35I and F-15I and helicopters like the CH-53K would continue to bolster Israel’s ability to defend itself. While providing improved tactical aircraft is vital, your administration must also ensure that Israel retains adequate stockpiles of U.S.-made precision guided munitions. Finally, you must ensure that Israel possesses robust, multi-layered air defenses to mitigate attacks by Iran and its proxies, to include continued support for the Iron Dome, David’s Sling, and Arrow systems.

Your administration must urgently fulfill America’s obligation to help Israel defend itself by giving it the tools it needs to prevent a nuclear-armed Iran.

We would love to hear from you! Please fill out this form and we will get in touch with you shortly.
Trending Z
Uncategorized April 13, 2022
FLASH: ISRAEL-JORDAN PEACE TREATY (1994) GUARANTEES JEWS ACCESS TO THE TEMPLE MOUNT – LET MY PEOPLE PRAY
Uncategorized April 13, 2022
ZOA Analysis: Most American Rabbis Who Are Boycotting Some Israeli Ministers Are From Extremist Left Wing Groups (J Street; T’ruah; JVP)
Uncategorized April 13, 2022
Israel’s “Right of Return” Grandparent Clause is De-Judaizing the Jewish State – Eliminate It
Uncategorized April 13, 2022
Exclusive: ZOA Accuses Ilhan Omar of Hating the U.S. ‘as Much as Israel,’ Lauds Kevin McCarthy for ‘Throwing Her Off the HFAC’
Center for Law & Justice
We work to educate the American public and Congress about legal issues in order to advance the interests of Israel and the Jewish people.
We assist American victims of terrorism in vindicating their rights under the law, and seek to hold terrorists and sponsors of terrorism accountable for their actions.
We fight anti-Semitism and anti-Israel bias in the media and on college campuses.
We strive to enforce existing law and also to create new law in order to safeguard the rights of the Jewish people in the United States and Israel.
Our Mission
ZOA STATEMENT
The ZOA speaks out for Israel – in reports, newsletters, and other publications. In speeches in synagogues, churches, and community events, in high schools and colleges from coast to coast. In e-mail action alerts. In op-eds and letters to the editor. In radio and television appearances by ZOA leaders. Always on the front lines of pro-Israel activism, ZOA has made its mark.
Connect with us
Sign up for our Newsletter