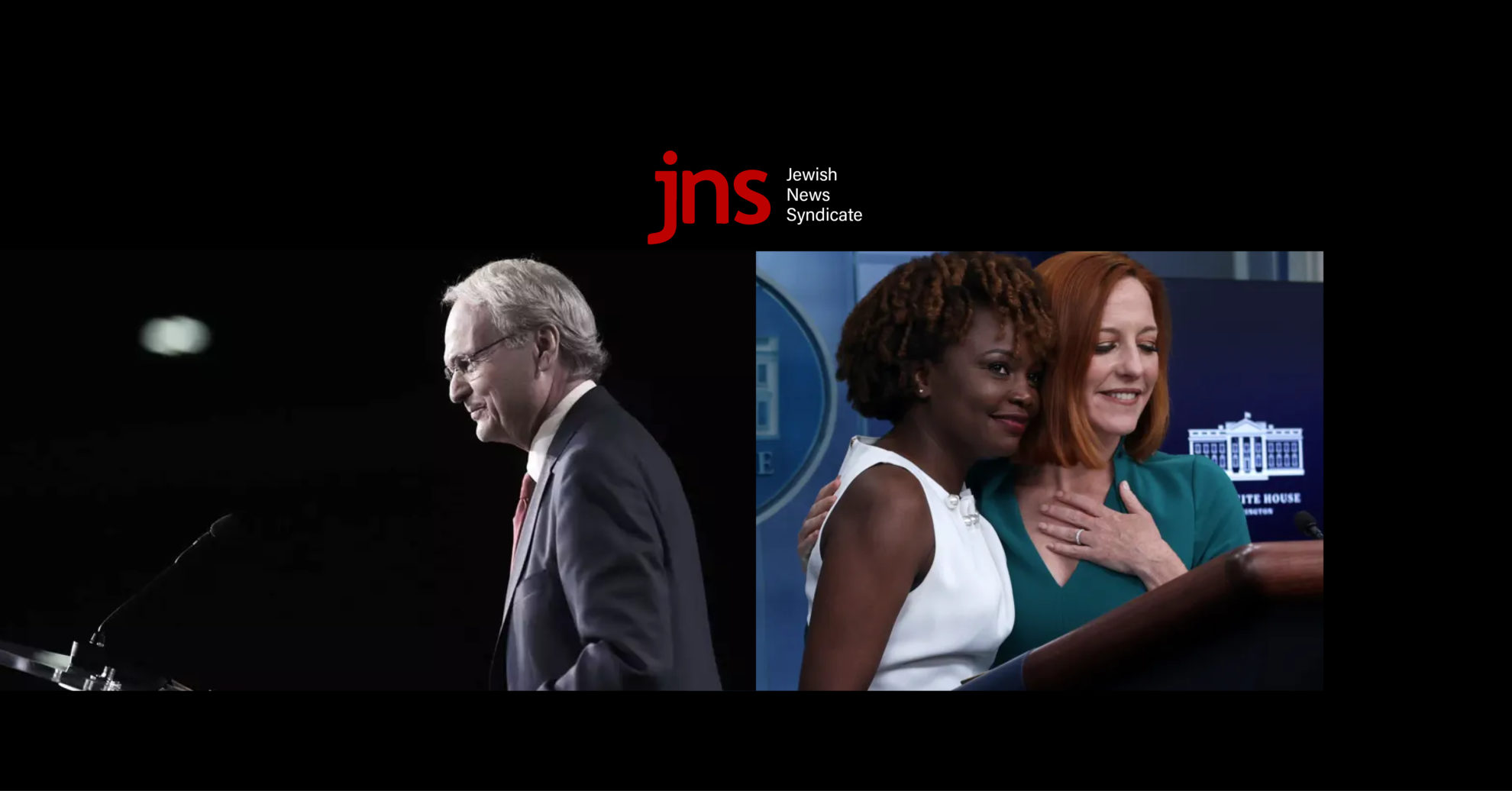 (MAY 7, 2022 / JNS) The new press secretary at the White House—appointed by U.S. President Joe Biden this week and set to take over for current press secretary Jen Psaki next week—is raising concerns with some in the pro-Israel community for her previous work with anti-Israel organizations.

Karine Jean-Pierre, who currently serves as principal deputy press secretary, will be the first black and LGBTQ person to hold the position.

After the president’s announcement on Thursday afternoon, Jean-Pierre, a Haitian American, was brought to the White House’s daily briefing by Psaki. Jean-Pierre will assume the role after Psaki’s exit on May 13.

“Karine not only brings the experience, talent and integrity needed for this difficult job, but will continue to lead the way in communicating about the work of the Biden-Harris administration on behalf of the American people,” the president said in a statement.

News of her appointment also came with criticism about her role as national spokesperson and senior adviser with the left wing political group MoveOn.org from April 2016 to August 2020, a group that supported the boycott of AIPAC and challenged anti-BDS laws.

In a 2019 op-ed in Newsweek, Jean-Pierre said that candidates cannot call themselves a progressive if they supported AIPAC.

“Unfortunately, AIPAC’s policy and conference speaker choices aren’t its only problems. Its severely racist, Islamophobic rhetoric has proven just as alarming,” Jean-Pierre wrote. “The organization has become known for trafficking in anti-Muslim and anti-Arab rhetoric while lifting up Islamophobic voices and attitudes.”

“As a child of Holocaust survivors and as an American Jew, I am appalled and frightened that Biden has chosen Ms. Jean-Pierre, who has shown essentially antisemitic hostility towards Israel, and is willing to lie about and vilify Israel and Jews to promote her Israelophobic agenda,” Mort Klein, national president of the Zionist Organization of America, said in a statement. “Americans should be deeply concerned that this outrageous, incomprehensible anti-Israel, pro-terrorist and pro-Iran appointment indicates the dangerous direction the Biden administration is going to take against America’s greatest ally Israel and U.S.-Israel relations.”

Others have raised questions of conflict of interest due to Jean-Pierre being married to CNN correspondent Suzanne Malveaux.

A CNN spokesman told The Washington Free Beacon that Malveaux “will continue her role as CNN national correspondent covering national/international news and cultural events but will not cover politics, Capitol Hill or the White House while Karine Jean-Pierre is serving as White House press secretary.”

We would love to hear from you! Please fill out this form and we will get in touch with you shortly.
Trending Z
News May 9, 2022
ZOA Condemns U.S. State Dept. & U.S. Amb. Nides For Siding with Antisemitic, Discriminatory Palestinian & Hamas Terrorists re: the Temple Mount, Violating Jews’ Religious Freedom
News May 9, 2022
ZOA’s Klein JPost Op-Ed: There is Nothing Extreme About Israel’s New Government
Uncategorized May 9, 2022
FLASH: ISRAEL-JORDAN PEACE TREATY (1994) GUARANTEES JEWS ACCESS TO THE TEMPLE MOUNT – LET MY PEOPLE PRAY
Uncategorized May 9, 2022
ZOA Analysis: Most American Rabbis Who Are Boycotting Some Israeli Ministers Are From Extremist Left Wing Groups (J Street; T’ruah; JVP)
Center for Law & Justice
We work to educate the American public and Congress about legal issues in order to advance the interests of Israel and the Jewish people.
We assist American victims of terrorism in vindicating their rights under the law, and seek to hold terrorists and sponsors of terrorism accountable for their actions.
We fight anti-Semitism and anti-Israel bias in the media and on college campuses.
We strive to enforce existing law and also to create new law in order to safeguard the rights of the Jewish people in the United States and Israel.
Our Mission
ZOA STATEMENT
The ZOA speaks out for Israel – in reports, newsletters, and other publications. In speeches in synagogues, churches, and community events, in high schools and colleges from coast to coast. In e-mail action alerts. In op-eds and letters to the editor. In radio and television appearances by ZOA leaders. Always on the front lines of pro-Israel activism, ZOA has made its mark.
Related Articles
OP-ED ZOA’s Klein Landmark Testimony on Muslim Antisemitism