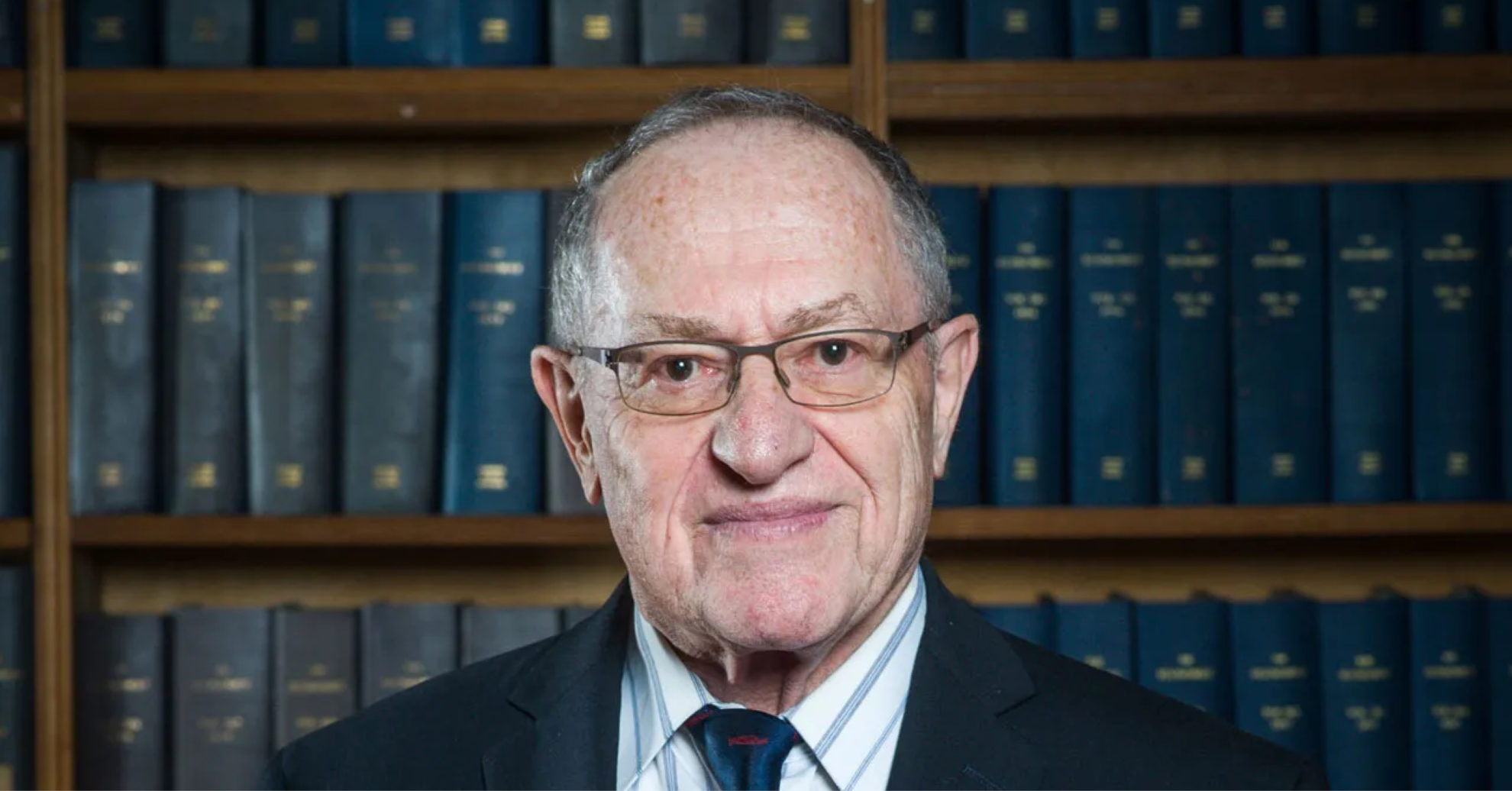 On April 29, 2022, the Harvard Crimson published a blood libel against the nation state of the Jewish people. Its ignorant and bigoted screed was an example of journalistic malpractice, because of its willful errors of commission and omission. On April 30, I submitted a detailed op-ed refuting the Crimson editorial. On May 1, the Crimson said they were “reviewing” my submission; on May 2, they said they were “interested in running’ it;” and on May 4, they said they would run my piece “probably tonight” and promised to “reach out with edits later today if needed.” As a result of these assurance, I withdrew my op-ed from any other publication. Then on May 4, they “decided not to publish” my piece, using the phony excuse of “very high number of submissions . . . . combined with our currently limited production schedule.”

These are obvious lies: they were aware of the submissions and schedule when they told me less than one day earlier that they would publish it “probably tonight.” Moreover, their online edition has no space limitations. They deliberately baited me into not publishing it elsewhere until it was no longer timely.

When I protested their “disgraceful breach of journalistic ethics,” they changed their minds again and agreed to run it in the form of a much-shortened letter to the editor. They asked me to eliminate the accusation that their editorial encouraged the current form of antisemitism. I refused. Then they demanded documentary proof of my opinions – something they did not provide for their own egregiously false statements. When I provided the documentation, they finally ran out of excuses, and they reluctantly published the shortened letter.

This bait and switch compounded their unethical action in knowingly publishing defamatory lies about Israel. Here is the full op-ed they accepted and then rejected.

In one of the most historically ignorant, religiously discriminatory and factually deceptive editorials ever published by the Harvard Crimson, its editorial board engages in and “call[s] on everyone” to promote the current form of antisemitism.

Let’s be clear that criticism of Israel and/or its policies is not antisemitic. I and other supporters of Israel around the world, routinely criticize policies of the nation state of the Jewish people, just as we criticize policies of our own nation. This editorial, however, is not merely about Israeli policies: it implicitly supports the end of Israel and its replacement by a Palestinian state “from the river to the sea.” That is the goal of the BDS movement as described by its founder, Omar Barghouti. Tom Friedman, the Pulitzer Prize winner and Times editorial writer who is often critical of Israeli policies, put it this way: “singling out Israel for opprobrium and international sanctions – out of all proportion to any other in the Middle East – is antisemitic, and not saying so is dishonest.” That is precisely what the Crimson editorial is guilty of. It “condemn[s] antisemitism in every and all forms” while practicing its newest form. Are the editors even aware that the founders of the BDS movement apply it only to Israelis who are Jewish? Are the editors aware that Barghouti refused to debate me at the Oxford Union precisely because I am an American Jew who supports Israel’s existence? Are the editors aware that BDS singles out only one nation from among the many with serious human rights issues, namely the nation state of the Jewish people? That is antisemitism pure and simple. Shame on the Crimson editors for calling on everyone to promote it.

The megaphone of the Crimson will surely spread and increase the already high rate of antisemitism on campuses throughout the world.

The Crimson writes about “reality.” So, let’s begin with four statements of reality that I challenge anyone to contradict: (1) no country faced with dangers comparable to those face by Israel – both internal threats of terrorism and external threats of nuclear annihilation by Iran — has a better record of human rights, compliance with the rule of law, and concern for the lives of enemy civilians. Israel’s record is far from perfect, but it is far better than other nations facing comparable threats. (2) No country in the history of the world has contributed more to humanity — medically, agriculturally, scientifically, artistically – than Israel in the less than 75 years of its existence. (3) No country in recent history has made peace with more of its enemies than Israel: Egypt, Jordan, Morocco, United Arab Emirates, and others. (4) No country has offered statehood more often to those seeking to destroy it than Israel: the Palestinians could have had an independent state in 1947, 1948, 1967, 2000, 2001, 2005 and 2008. They can still have one if they are willing to come to the negotiation table and make mutually painful compromises with Israel. (5) No western democracy has been victimized by terrorism more than Israel.

A reader would not know any of these facts, or even that they are in dispute, from reading the Crimson’s ignorant and deceptive editorial. The Crimson mentions Palestinians who have been killed by Israeli soldiers, but willfully omits the many Israeli children, women and other civilians who have been murdered or maimed by Palestinian terrorists. It also omits that many Palestinians were killed while perpetrating acts of terrorism. Indeed, the only time it mentions terrorism is to criticize those who have “shamefully link[ed]” critics of Israel “to terrorism.” This is deception by deliberate omission.

Were this editorial submitted as a course paper, it would deserve a grade of C- — with grade inflation. Not for its points of view, but for its lack of honesty and selective presentation and omission of facts.

Even for those who oppose Israel’s policies, this editorial is an embarrassment. It is an embarrassment to the Crimson, to its prior editors and members, to Harvard, and to its alumni. Its claim that it was written to balance “the overwhelming power imbalance that constricts the ongoing debate” is nothing less than a subtle nod to the antisemitic canard of Jewish power.

It takes no courage today on college campuses to oppose Israel’s existence. It takes great courage today to tell the whole complex truth about the history of the Israeli/Palestinian conflict, which begins with the refusal of the Palestinian leadership to accept the two-state solution proposed by the United Nations. But ignorance and lack of courage are no excuse for blatant antisemitism. This Crimson editorial is part of the oldest prejudice in its newest form. Shame!

New podcast: The Dershow, on Spotify, YouTube and iTunes Dersh.Substack.com

We would love to hear from you! Please fill out this form and we will get in touch with you shortly.
Trending Z
News May 11, 2022
ZOA Condemns U.S. State Dept. & U.S. Amb. Nides For Siding with Antisemitic, Discriminatory Palestinian & Hamas Terrorists re: the Temple Mount, Violating Jews’ Religious Freedom
News May 11, 2022
ZOA’s Klein JPost Op-Ed: There is Nothing Extreme About Israel’s New Government
Uncategorized May 11, 2022
FLASH: ISRAEL-JORDAN PEACE TREATY (1994) GUARANTEES JEWS ACCESS TO THE TEMPLE MOUNT – LET MY PEOPLE PRAY
Uncategorized May 11, 2022
ZOA Analysis: Most American Rabbis Who Are Boycotting Some Israeli Ministers Are From Extremist Left Wing Groups (J Street; T’ruah; JVP)
Center for Law & Justice
We work to educate the American public and Congress about legal issues in order to advance the interests of Israel and the Jewish people.
We assist American victims of terrorism in vindicating their rights under the law, and seek to hold terrorists and sponsors of terrorism accountable for their actions.
We fight anti-Semitism and anti-Israel bias in the media and on college campuses.
We strive to enforce existing law and also to create new law in order to safeguard the rights of the Jewish people in the United States and Israel.
Our Mission
ZOA STATEMENT
The ZOA speaks out for Israel – in reports, newsletters, and other publications. In speeches in synagogues, churches, and community events, in high schools and colleges from coast to coast. In e-mail action alerts. In op-eds and letters to the editor. In radio and television appearances by ZOA leaders. Always on the front lines of pro-Israel activism, ZOA has made its mark.
Related Articles
OP-ED ZOA to Pelosi: Rescind Appt. of Anti-Semite Israel-Hater Rep. Omar to Foreign Affairs Post