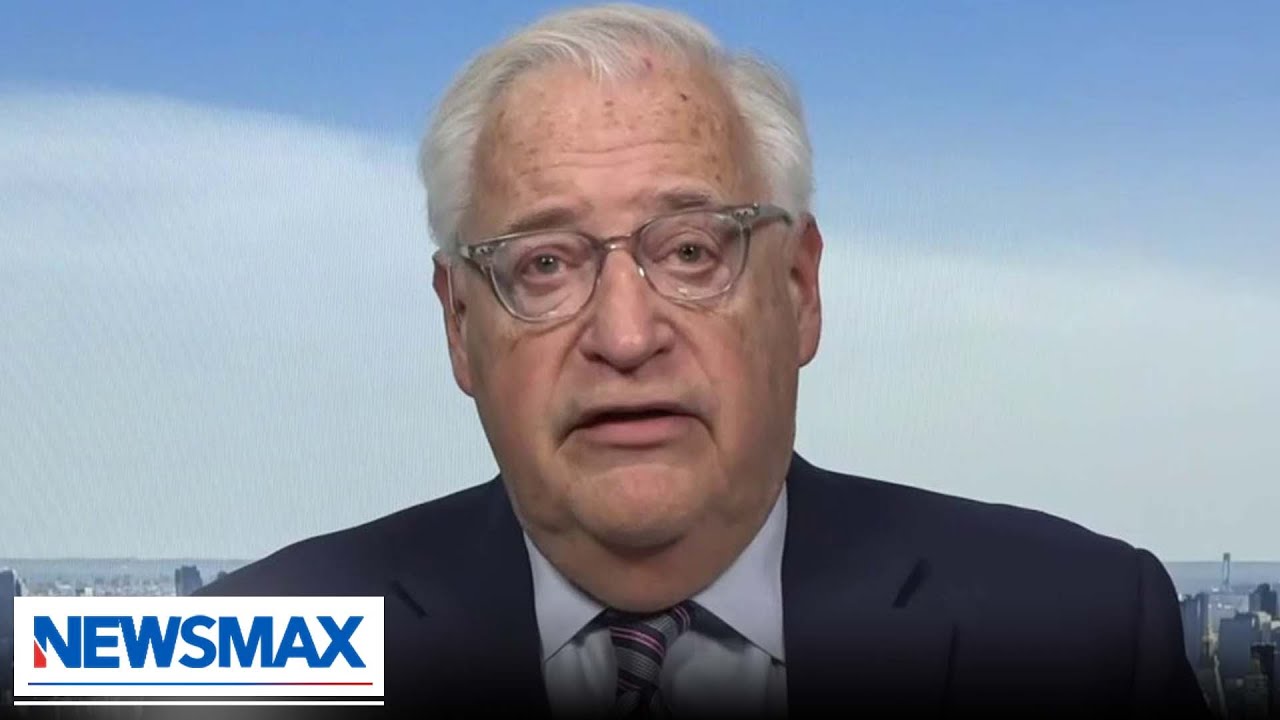 (JULY 19, 2022 / ISRAEL UNWIRED) David Friedman analyzes the Biden trip to Israel. Did Biden accomplish anything on his trip? Would Joe Biden even recognize Jerusalem as the capital of Israel?

In general, Israel will always treat every President of the United States with utmost respect. However, Joe Biden did not even visit the Western Wall, the most important location of the Jewish people – in the heart of the Jewish nation – Jerusalem.

Then Joe Biden did not recognize Israeli sovereignty over parts of Jerusalem. This is something that unifies nearly 90% of the Israeli population. But Biden went Obama-acting again and took another step more into the land of far-left anti-Israel policy.

But the most important non-action was vis-a-vis Iran. The Acting Prime Minister of Israel, Yair Lapid, clearly asked Joe Biden to articulate a clear red line that would threaten Iran with force. That did not happen. Biden stayed mum. That is yet another Obama policy that Biden has adopted. After all, Obama could spill the beans and end Biden’s presidency if Biden doesn’t follow suit.

Basically, Joe Biden came to the Middle East to take care of skyrocketing gas prices. But he did not focus on anything else. Biden probably did not even realize to what extent he insulted the Israeli people on his short trip. But this is all par for the course with Joe Biden who continues to stumble through one event after the other in his failed Presidency.

This article was originally published in Israel Unwired and can be viewed here.

We would love to hear from you! Please fill out this form and we will get in touch with you shortly.
Trending Z
News July 19, 2022
Biden’s Policies Voiced at Israeli and Palestinian Mtgs. Demanding Israel Return to ‘67 “Auschwitz” Lines, End Checkpoints, Open Jerusalem Arab Consulate – and More – Show Biden’s No Friend to Israel
Uncategorized July 19, 2022
Newsweek: The ADL Has Corrupted Its Mission and Betrayed the Jewish Community
Multimedia July 19, 2022
Amb. David Friedman: Biden’s Hostile-to-Israel Statements/Actions Make Mideast Trip a Failure
News July 19, 2022
Biden Visit ‘Despicable, Disastrous’ Flag-Waving Failure | The Daily Wire
Center for Law & Justice
We work to educate the American public and Congress about legal issues in order to advance the interests of Israel and the Jewish people.
We assist American victims of terrorism in vindicating their rights under the law, and seek to hold terrorists and sponsors of terrorism accountable for their actions.
We fight anti-Semitism and anti-Israel bias in the media and on college campuses.
We strive to enforce existing law and also to create new law in order to safeguard the rights of the Jewish people in the United States and Israel.
Our Mission
ZOA STATEMENT
The ZOA speaks out for Israel – in reports, newsletters, and other publications. In speeches in synagogues, churches, and community events, in high schools and colleges from coast to coast. In e-mail action alerts. In op-eds and letters to the editor. In radio and television appearances by ZOA leaders. Always on the front lines of pro-Israel activism, ZOA has made its mark.
Related Articles
OP-ED ZOA’s Mort Klein TV Interview Exposing Truth of New Arab/Muslim War on Israel and Jews
OP-ED Watch ZOA National President Morton A. Klein on Newsmax, Discussing Ben & Jerry’s