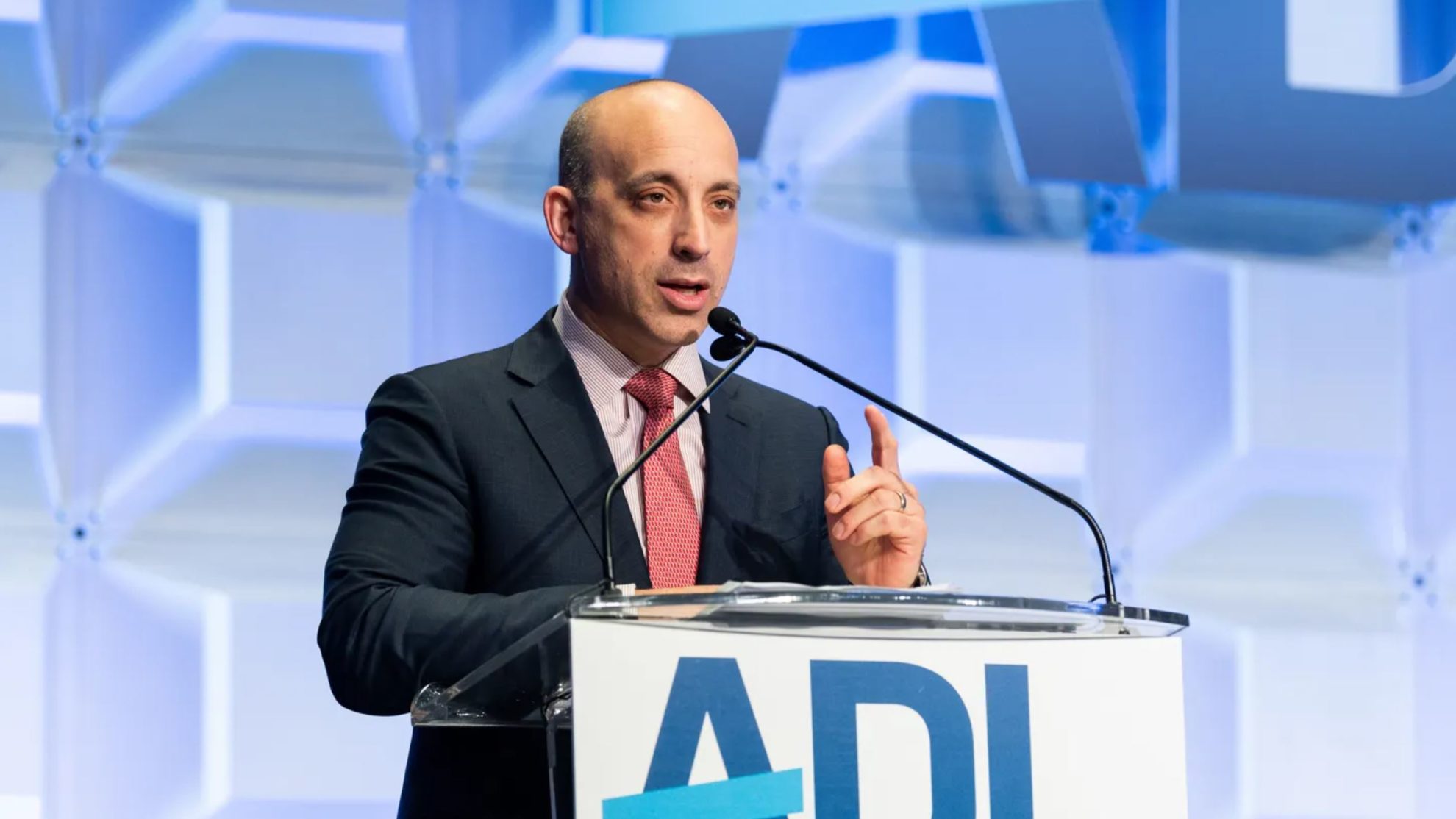 A recent Fox News investigation found that the Anti-Defamation League (ADL)’s educational and “anti-bias” programs, which influence millions of American children and thousands of educators and officials, promote far-left and critical race theory (CRT) concepts such as “white privilege” and “systemic racism,” and promote groups such as the Women’s March and BLM – despite the virulent Jew-hating, Israel-hating and pro-Farrakhan positions of the Women’s March leaders and BLM/M4BL organization. The investigation also found that these harmful ADL programs characterize denying white privilege as a “biased attitude”; encourage white students to view themselves as “oppressors”; and include an article indicating that white women are “justly seen as oppressive” and “enjoy unearned skin privilege,” etc, etc.

Unfortunately, this is nothing new. After Obama senior advisor Jonathan Greenblatt became ADL’s CEO in 2015, Greenblatt “refocused” ADL on far-left partisan political, legal and educational advocacy. For years, ZOA and others have raised alarm bells about ADL’s and Greenblatt’s dangerous far-left advocacy and numerous departures from ADL’s primary stated mission of combatting antisemitism.

Similarly, later in 2016, the New York Post published an article by Alex VanNess entitled “Jonathan Greenblatt is Destroying the Anti-Defamation League,” which among other things, explained that “The ADL has also promoted the Black Lives Matter movement, for example, by creating school lesson plans that promote it, despite BLM’s support for BDS and open hostility toward Israel. Just recently, Greenblatt accused American Jews of living with ‘white privilege’.”

And earlier this year, Gateway Pundit editor Jim Hoft published an article with the self-explanatory title: “Wicked ADL Pushes Hate in Classrooms — Program on Diversity that Is Taught to 1.4 Million U.S. Kids Includes Language that Only Whites Can Be Racist.”

Now, in the wake of the publicity from the Fox News investigation – over six years after ZOA and others documented the harmful concepts that ADL is teaching our children and public officials, ADL announced that it will review its curricular materials that are “misaligned with ADL’s values and strategy.”

That’s too little and too late. Distinguished Jewish News Service Editor-in-Chief and TV host Jonathan Tobin pointed out that ADL’s announcement of a review of “misaligned” content was “blatantly dishonest” – because ADL’s woke leftist educational materials are the same as, and are aligned with the pervasive woke far-left strategy and values that ADL promotes under ADL CEO Jonathan Greenblatt. Tobin noted, for instance, that ADL publicly endorsed BLM and its racist “equity” [inequality] agenda; defended antisemitic Congresswomen Rashida Tlaib and Ilhan Omar; downplays left-wing antisemitism; hired an outreach director who calls Jews racists; and is working with tech firms to promote Internet censorship.

JNS/Tobin concluded: “if the ADL is to retain even a sliver of credibility, it will require more than a pro forma “review” about “misaligned” lesson plans. It’s going to need a complete overhaul and a purge of the woke leftism and one-sidedness that now permeates almost everything it says and does. The only way to begin that effort is to fire Jonathan Greenblatt. Anything less than that will be a further betrayal of the organization’s responsibilities to speak up for its founding principles and mission.” (“After the ADL Gets Caught Spreading Woke Ideology, Greenblatt Must Go,” by JNS Editor-in-Chief Jonathan Tobin, Sept. 7, 2022.)

ZOA has often pointed out and criticized ADL’s dangerous policies under Jonathan Greenblatt, in the hope that Greenblatt and the ADL would change. But we now believe that Jonathan Tobin has the correct prescription – a wholesale overhaul of ADL, starting with removing Jonathan Greenblatt.

We also cannot forget that, after ZOA published critiques of ADL’s policies, Jonathan Greenblatt physically assaulted female ZOA attorney Liz Berney in May 2016. A few weeks later when ZOA president Morton Klein politely reminded Greenblatt, at a President of Conference meeting, that he owed Ms. Berney an apology, Greenblatt shook his clenched fist within an inch of Mr. Klein’s face while screaming, “If you want Shalom Bayit [peace in the house] in the Conference of Presidents, you must throw Klein and ZOA out of the Conference,” and threatening Mr. Klein so uncontrollably that one of Greenblatt’s associates, an ADL official, dragged Greenblatt out of the room. Greenblatt has still not apologized. Those outrageous incidents alone should have resulted in Jonathan Greenblatt’s termination from the ADL – an organization that claims to combat hatred and bullying.

ZOA’s (and others’) critiques of ADL have included that:

For instance, ADL called Congressman Louis Gohmert’s reasonable criticisms of Soros “abhorrent,” “antisemitic” and “conspiracies.” (Gohmert is one of the Jewish people’s and Israel’s best friends in Congress.)

In essence, the ADL/Reut Report said that Israel deserves to be delegitimized. The hateful anti-Israel website Electronic Intifada published a leaked copy of the ADL/Reut report and gleefully recited the ADL/Reut Report’s “blame Israel” narrative as “acknowledgements” of Israel’s culpability.

In sum, under Jonathan Greenblatt, ADL’s far-left, extremist statements, activities and educational programs have been pervasive, alarming, harmful and dangerous. A complete overhaul is badly needed, with Jonathan Greenblatt’s removal as a first step.

We would love to hear from you! Please fill out this form and we will get in touch with you shortly.
Trending Z
News September 12, 2022
ZOA Condemns U.S. State Dept. & U.S. Amb. Nides For Siding with Antisemitic, Discriminatory Palestinian & Hamas Terrorists re: the Temple Mount, Violating Jews’ Religious Freedom
News September 12, 2022
ZOA’s Klein JPost Op-Ed: There is Nothing Extreme About Israel’s New Government
Uncategorized September 12, 2022
FLASH: ISRAEL-JORDAN PEACE TREATY (1994) GUARANTEES JEWS ACCESS TO THE TEMPLE MOUNT – LET MY PEOPLE PRAY
Uncategorized September 12, 2022
ZOA Analysis: Most American Rabbis Who Are Boycotting Some Israeli Ministers Are From Extremist Left Wing Groups (J Street; T’ruah; JVP)
Center for Law & Justice
We work to educate the American public and Congress about legal issues in order to advance the interests of Israel and the Jewish people.
We assist American victims of terrorism in vindicating their rights under the law, and seek to hold terrorists and sponsors of terrorism accountable for their actions.
We fight anti-Semitism and anti-Israel bias in the media and on college campuses.
We strive to enforce existing law and also to create new law in order to safeguard the rights of the Jewish people in the United States and Israel.
Our Mission
ZOA STATEMENT
The ZOA speaks out for Israel – in reports, newsletters, and other publications. In speeches in synagogues, churches, and community events, in high schools and colleges from coast to coast. In e-mail action alerts. In op-eds and letters to the editor. In radio and television appearances by ZOA leaders. Always on the front lines of pro-Israel activism, ZOA has made its mark.
Related Articles
OP-ED BY: Morton A. Klein ZOA Troubled by ADL/Foxman Stifling Debate on Pal. State

The Zionist Organization of America (ZOA) is troubled by the Anti-Defamation League’s (ADL) Abe Foxman for suppressing opposition to a Palestinian state, by alleging that opposing a Palestinian state will “add fuel to the fire” of “anti-Israel delegitimization and boycott campaigns,” and “would have destructive effects internationally.” (This reminds us of Foxman’s stance in Fall […]

In response to statements made by the European Union’s ambassador to Israel, Lars Faaborg-Andersen, arguing in favor of an EU policy framework premised on “West Bank settlements” being “illegal under international law,” the Legal Grounds Campaign has called on him to publicly debate Professor Eugene Kontorovich, a renowned expert on international law at Northwestern University and senior legal think tank fellow […]