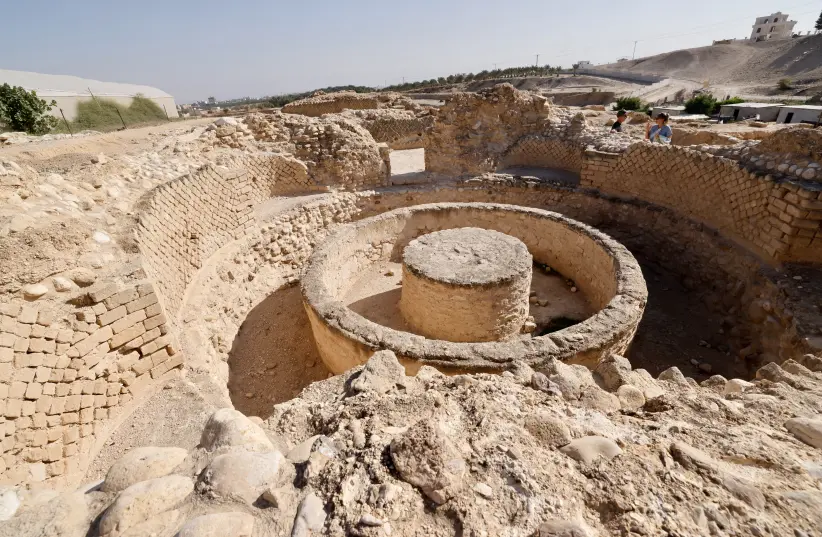 The archeological site which contains the palaces of the Maccabean High Priest Yohanan, with their ritual baths and the ancient Hasmonean synagogue, is nearly off limits to Israelis because, to reach it, they would have to travel approximately six-10ths of a mile through “Area A” of Judea and Samaria, which is controlled by the Palestinian Authority and is forbidden to Israelis. Foreign tourists, by contrast, have access.

In addition, one section of the ruins has essentially been lost to archeological exploration because it is under Palestinian Arab control.

Zionist Organization of America National President Morton A. Klein stated, “The Palestinian Authority pursues a policy of anti-Israeli, anti-Jewish apartheid and ethnic cleansing. In fact, PA President Mahmoud Abbas has openly said that, were there to be a Palestinian state, they ‘would not see the presence of a single Israeli.’ Further, the Palestinian Arabs do everything possible to destroy Jewish heritage sites wherever they can. But the truth is, you can’t dig a hole in Judea and Samaria without turning up archeological evidence that these lands were the heart of the ancient Jewish kingdoms and are, therefore, integral to the Jewish homeland today.”

We would love to hear from you! Please fill out this form and we will get in touch with you shortly.
Trending Z
News December 19, 2022
ZOA Condemns U.S. State Dept. & U.S. Amb. Nides For Siding with Antisemitic, Discriminatory Palestinian & Hamas Terrorists re: the Temple Mount, Violating Jews’ Religious Freedom
News December 19, 2022
ZOA’s Klein JPost Op-Ed: There is Nothing Extreme About Israel’s New Government
Uncategorized December 19, 2022
FLASH: ISRAEL-JORDAN PEACE TREATY (1994) GUARANTEES JEWS ACCESS TO THE TEMPLE MOUNT – LET MY PEOPLE PRAY
Uncategorized December 19, 2022
ZOA Analysis: Most American Rabbis Who Are Boycotting Some Israeli Ministers Are From Extremist Left Wing Groups (J Street; T’ruah; JVP)
Center for Law & Justice
We work to educate the American public and Congress about legal issues in order to advance the interests of Israel and the Jewish people.
We assist American victims of terrorism in vindicating their rights under the law, and seek to hold terrorists and sponsors of terrorism accountable for their actions.
We fight anti-Semitism and anti-Israel bias in the media and on college campuses.
We strive to enforce existing law and also to create new law in order to safeguard the rights of the Jewish people in the United States and Israel.
Our Mission
ZOA STATEMENT
The ZOA speaks out for Israel – in reports, newsletters, and other publications. In speeches in synagogues, churches, and community events, in high schools and colleges from coast to coast. In e-mail action alerts. In op-eds and letters to the editor. In radio and television appearances by ZOA leaders. Always on the front lines of pro-Israel activism, ZOA has made its mark.
Related Articles
OP-ED ZOA Praises Trump Executive Order on Immigration