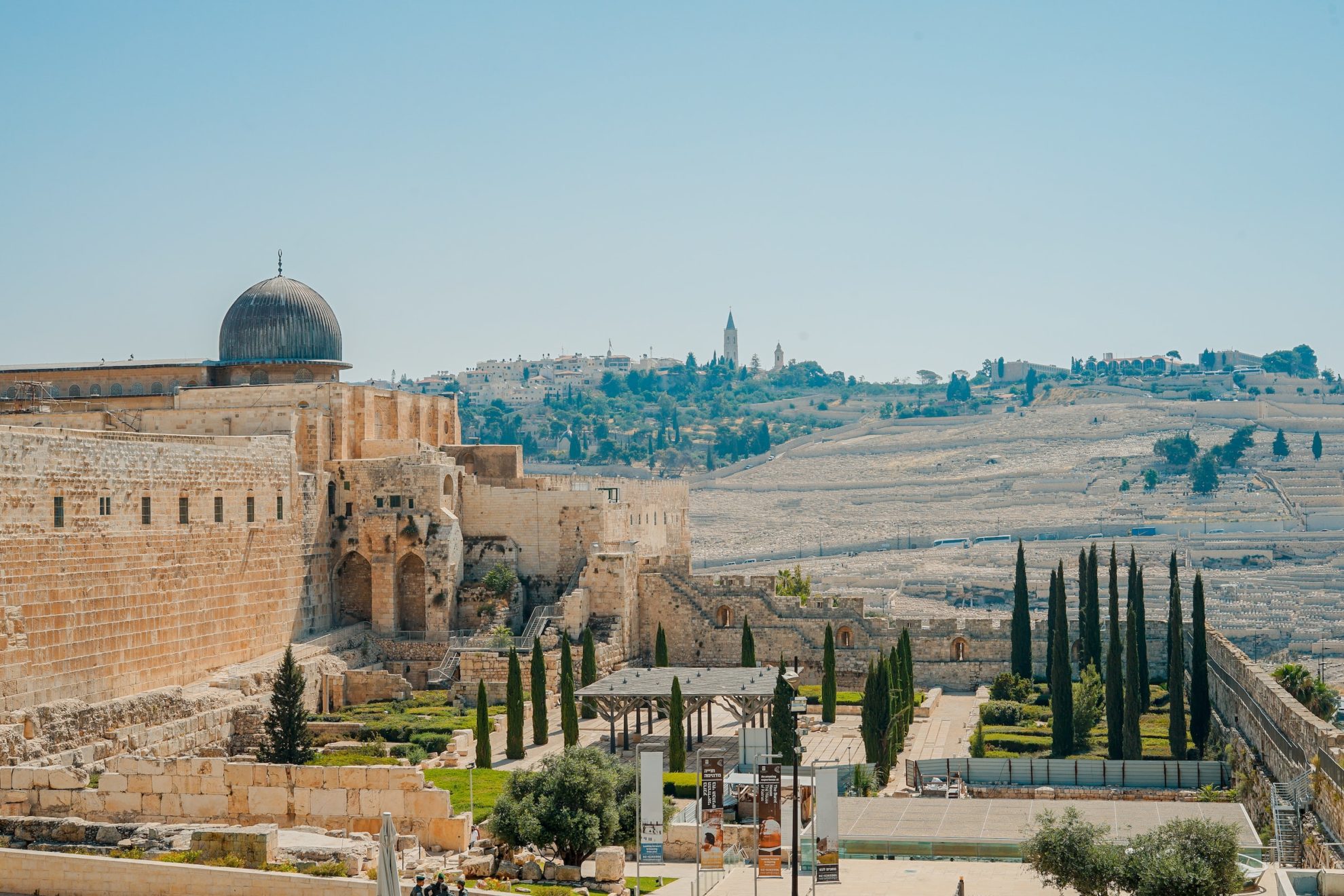 Jerusalem is Holy to Jews, Provides Access to all Religions, & It’s Barely Important to Muslims – Israel Must Control All Jerusalem Holy Sites
Uncategorized

British Minister of State for the Middle East Lord Tariq Ahmad visited the Temple Mount, the holiest site in Judaism, and affirmed Jordan’s custodial role there tweeting, “I emphasized the UK’s unwavering support for Jordanian Custodianship of Jerusalem’s Holy Sites [and] for the Status Quo.” Ahmad, who is Muslim, prayed at the site.

Zionist Organization of America National President Morton A. Klein stated, “The hypocrisy of Minister Ahmad, and indeed the British government, is astounding. A British Muslim minister can go on the Temple Mount, the holiest site in Judaism, and pray but an Israeli Jewish minister or any Jew can’t. This ‘status quo’ where Jews are not allowed to pray in Jerusalem is absurd and antisemitic and unjust and must be ended. The so-called ‘international community’—which cannot agree on anything except condemnation of Israel and Jews—has no business telling Israel what the policies should be on the Temple Mount or anywhere else in the Jewish state. (Notice it’s called the Temple Mount, not the Mosque Mount, because that’s where the two holy Jewish Temples were originally built.)

“The idea that Jordan should have custodianship over Jerusalem’s holy sites is nonsensical,” Klein continued. “When Jordan occupied and controlled Jerusalem’s holy sites from 1948 to 1967, they destroyed nearly 60 synagogues and desecrated all the Jewish sites, ethnically cleansed the Jews from the territory, prohibited Jewish access to their holy sites, and restricted Christian access to theirs. It’s only under Israeli sovereignty that holy sites of all religions are open and preserved. Also, no Arab leader except the king of Jordan ever visited Jerusalem, and the majority of people living in Jerusalem since 1850 were Jews. Furthermore, the word Jerusalem is never mentioned in the Muslim Koran, but is mentioned 700 times in the Jewish holy books. Jerusalem has never been the capital of any country throughout history, except for Israel. There needs to be more Israeli control over holy sites, not less.”

We would love to hear from you! Please fill out this form and we will get in touch with you shortly.
Trending Z
News January 16, 2023
ZOA Condemns U.S. State Dept. & U.S. Amb. Nides For Siding with Antisemitic, Discriminatory Palestinian & Hamas Terrorists re: the Temple Mount, Violating Jews’ Religious Freedom
News January 16, 2023
ZOA’s Klein JPost Op-Ed: There is Nothing Extreme About Israel’s New Government
Uncategorized January 16, 2023
FLASH: ISRAEL-JORDAN PEACE TREATY (1994) GUARANTEES JEWS ACCESS TO THE TEMPLE MOUNT – LET MY PEOPLE PRAY
Uncategorized January 16, 2023
ZOA Analysis: Most American Rabbis Who Are Boycotting Some Israeli Ministers Are From Extremist Left Wing Groups (J Street; T’ruah; JVP)
Center for Law & Justice
We work to educate the American public and Congress about legal issues in order to advance the interests of Israel and the Jewish people.
We assist American victims of terrorism in vindicating their rights under the law, and seek to hold terrorists and sponsors of terrorism accountable for their actions.
We fight anti-Semitism and anti-Israel bias in the media and on college campuses.
We strive to enforce existing law and also to create new law in order to safeguard the rights of the Jewish people in the United States and Israel.
Our Mission
ZOA STATEMENT
The ZOA speaks out for Israel – in reports, newsletters, and other publications. In speeches in synagogues, churches, and community events, in high schools and colleges from coast to coast. In e-mail action alerts. In op-eds and letters to the editor. In radio and television appearances by ZOA leaders. Always on the front lines of pro-Israel activism, ZOA has made its mark.
Connect with us
Sign up for our Newsletter