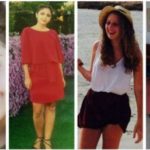 The Zionist Organization of America (ZOA) is appalled and horrified by the conduct of Nerdeen Kiswani, president of the New York City chapter of the so-called “Students for Justice in Palestine” (SJP) group, who publicly praised an Arab terrorist’s truck-ramming attack in Jerusalem on January 8, 2017, which killed four Israeli soldiers (two of whom […]