Jonathan Greenblatt’s response (click here for link) to my criticism of his embrace of J Street, alleging that I distorted his message, is disingenuous and reaffirms my assessment. (click here for link) Invoking clichés “that there are steps Israel can take to ensure the viability of a two-state solution” are ill-becoming the head of a major […]

Major international brands have justified their co-sponsorship of an upcoming charity concert in Egypt headlined by a popular Lebanese singer who recently praised the famed antisemitic forgery The Protocols of the Elders of Zion and claimed that global terror attacks are part of a “Zionist plot” towards global domination. The Friday, May 20 performance by Majida El-Roumi […]

A headline and a news article in the New York Times describe Israeli politician Avigdor Lieberman and his Yisrael Beiteinu party as “ultranationalist.” “Benjamin Netanyahu Seeks Ultranationalists for Coalition in Israel,” the headline says. What’s the difference between “ultranationalist” and just plain “nationalist,” or, for that matter, patriotic, or Zionist? The Times doesn’t explain, instead letting the […] 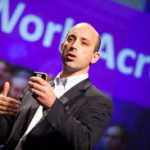 The Anti-Defamation League’s new National Director, Jonathan Greenblatt, previously a special assistant to U.S. President Barack Obama, has begun to court the liberal glitterati and their media by following the Obama lead and creating daylight between the ADL and the Israeli government. In what was a coup for J Street, the ADL chief last month […]

Unprecedented” is the word the Washington Post is using for the apology issued by the American Israel Public Affairs Committee for the applause given to Donald Trump at its conference this week. AIPAC is shocked — shocked — that The Donald criticized President Obama from the lobby’s stage. And that Trump’s jibe was greeted with […]

I returned home earlier this week from the annual conference of the American Israel Public Affairs Committee (AIPAC) in Washington, D.C., where at the Verizon Center I heard Hillary Clinton strongly criticize Donald Trump, a candidate for the presidency of the United States. A few hours later I heard Donald Trump criticize Barack Obama, the […]

WSJ: Editorial on SJP Anti-Semitism at CUNY and Columbia

Most days there’s no difference between campus activists and the tenured professors who tutor them in grievance politics, so allow us to note rare courage among the nation’s educators: On Sunday more than 230 members of Columbia University’s faculty sent a letter to the school’s trustees opposing demands that Columbia divest, boycott and sanction Israel. […]

Barack Obama is scheduled to visit the Islamic Society of Baltimore (ISB) Wednesday, his first visit to a U.S. mosque since becoming president. ISB leaders have amassed a record of support for radical Islamic causes over the years, including endorsing the Chechen jihad and Palestinian suicide bombings. Its former imam was active in a charity […] 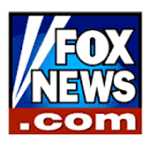 As Germany’s dwindling survivors of Nazi death camps mark International Holocaust Remembrance Day Wednesday, they and younger members of the nation’s Jewish community are fearful of a new tide of anti-Semitism driven by old hatred and a new influx of Muslim refugees. Commemoration of the anniversary of the liberation of Auschwitz, the camp in Poland […]

In case you were just enjoying the weekend with your family and not listening to the news, the world changed over the past 48 hours. The United States has now officially become a Banana Republic. In sweeping moves that gave the lie to repeated assertions by Secretary of State John Kerry that there would be […]