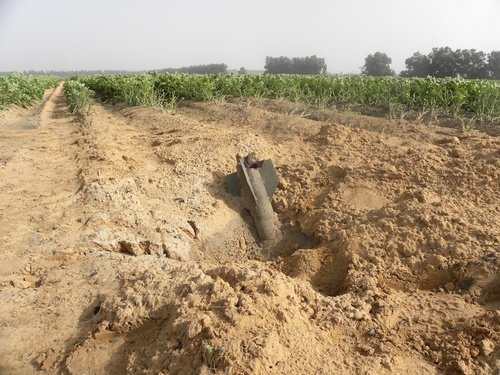 (JNS.org) Hamas is looking to increase suicide bomb efforts, rocket attacks and the kidnapping of Israeli soldiers, particularly in the West Bank, according to a report by Israel’s domestic security agency, the Shin Bet.

“On the surface, the four-month truce between Israel and Hamas appears to be holding well since the cessation of last year’s eight day conflict, but behind the scenes, senior Hamas officials in Gaza are increasing their efforts to carry out deadly attacks on Israelis,” the Shin Bet report said, the Jerusalem Post reported.

The report named Hamas interior minister, Fathi Hammad, an outspoken proponent of violence against Israel, as one of the main Hamas figures behind the terror efforts.

Meanwhile, Hamas supporters have called for possible violence and protests ahead of President Barack Obama’s upcoming visit to Jerusalem.

“Palestinians everywhere should begin their activities with direct confrontation with the Zionists in preparation for Obama’s visit, even if this entails martyrs and injured [Palestinians] until the ominous day of the visit,” wrote Palestinian columnist Mustafa Sawwaf on the Hamas news website Al-Resalah, the Times of Israel reported.

“That should be the day of battle, the great day of mobilization worthy of the American president,” Sawwaf wrote.

We would love to hear from you! Please fill out this form and we will get in touch with you shortly.
Trending Z
News February 21, 2013
ZOA Condemns U.S. State Dept. & U.S. Amb. Nides For Siding with Antisemitic, Discriminatory Palestinian & Hamas Terrorists re: the Temple Mount, Violating Jews’ Religious Freedom
News February 21, 2013
ZOA’s Klein JPost Op-Ed: There is Nothing Extreme About Israel’s New Government
Uncategorized February 21, 2013
FLASH: ISRAEL-JORDAN PEACE TREATY (1994) GUARANTEES JEWS ACCESS TO THE TEMPLE MOUNT – LET MY PEOPLE PRAY
Uncategorized February 21, 2013
ZOA Analysis: Most American Rabbis Who Are Boycotting Some Israeli Ministers Are From Extremist Left Wing Groups (J Street; T’ruah; JVP)
Center for Law & Justice
We work to educate the American public and Congress about legal issues in order to advance the interests of Israel and the Jewish people.
We assist American victims of terrorism in vindicating their rights under the law, and seek to hold terrorists and sponsors of terrorism accountable for their actions.
We fight anti-Semitism and anti-Israel bias in the media and on college campuses.
We strive to enforce existing law and also to create new law in order to safeguard the rights of the Jewish people in the United States and Israel.
Our Mission
ZOA STATEMENT
The ZOA speaks out for Israel – in reports, newsletters, and other publications. In speeches in synagogues, churches, and community events, in high schools and colleges from coast to coast. In e-mail action alerts. In op-eds and letters to the editor. In radio and television appearances by ZOA leaders. Always on the front lines of pro-Israel activism, ZOA has made its mark.
Related Articles
OP-ED BY: HonestReporting.com UN Exonerates Israel in Gaza Child Death, Ignored by Media