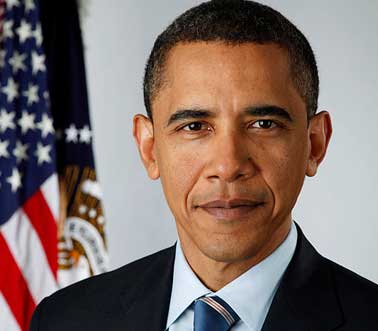 President Obama is due to visit Israel on March 20 where, the next day, he is to deliver an address in Jerusalem’s Binyanei Ha’uma (International Convention Center) to Israeli university students. According to reports, students from Israeli universities received invitations to hear the president’s speech in Jerusalem – with the conspicuous exception of Ariel University. Ariel University was recognized last year as Israel’s eighth full-fledged state university. It has a student body of 14,000, is one of the country’s most distinguished universities, and its Chairman is former Israeli Defense Minister and Foreign Minister, Moshe Arens.

Israeli MK Yoni Chetboun (Jewish Home party) described the exclusion of the West Bank institution “puzzling” and inconsistent. On the one hand the president announces his intentions are not political, he said, “but in the same breath he makes a political decision, boycotting Ariel University … if the president invites students of all Israeli universities, he should also invite representatives from Ariel University, which is recognized by the Israeli government as legitimate academic institution.” Shai Gill, Chairman of Ariel University’s student council said that the students were “shocked by [Obama’s]  discrimination” and added that this decision has provoked hostility among students and promised their presence in the vicinity of the event (‘MK slams Obama for excluding Ariel U. from speech,’ Jerusalem Post, March 13, 2013).

The U.S. Embassy in Tel Aviv has now denied a report that Ariel students were being barred but indirectly confirmed that they had not been invited to President Obama’s Jerusalem speech when an embassy official stated that only students from academic institutions with partnerships or joint programs with the embassy had been invited (‘U.S. embassy denies Obama boycott of Ariel University students,’ Jewish Telegraphic Agency, March 14, 2013).

Ariel University is located in Ariel, an Israeli town of 22,000 inhabitants in Samaria, has over 600 Arab students, as well as the largest number of Ethiopian university students in all of Israel. Even when former leftwing Israeli prime ministers Ehud Barak and Ehud Olmert, in 2000 and 2008 respectively, offered more than 90% of Judea and Samaria to the Palestinian Authority (PA) as part of a proposed peace settlement, Ariel was part of the territory to be retained by Israel. It is part of a majority consensus in Israel that Ariel will remain part of Israel under any possible future agreement with the Palestinian Arabs.

Additionally, the Israeli Prime Minister’s Office and a number of Knesset members passed messages to the White House saying they would much prefer if President Obama’s speech took place in the Knesset, but this has been rejected in the White House.

“Quite apart from the fact that one of the best ways to address the Israeli public is to deliver a televised speech to its democratically elected representatives in the Knesset, there is something deeply divisive and politicized in President Obama’s decision to exclude from his audience Jewish and Arab students from Ariel University.

“The excuse for the non-invitation to Ariel students offered by a U.S. embassy official is obviously lame and nonsensical. Whether or not an Israeli university has a partnership or joint program with the embassy in no way precludes the embassy from inviting Ariel students if it wishes to do so. Now that the matter has been raised publicly, this standing non-invitation is almost certainly deliberate.

“One would have thought that a desire to speak directly to the Israeli public would have included an eagerness to speak to all sections of that public, including Israelis who live and study in Ariel.

We would love to hear from you! Please fill out this form and we will get in touch with you shortly.
Trending Z
Uncategorized March 14, 2013
ZOA Analysis: Most American Rabbis Who Are Boycotting Some Israeli Ministers Are From Extremist Left Wing Groups (J Street; T’ruah; JVP)
Uncategorized March 14, 2013
ZOA: Israel’s Reasonable Judicial Reform Proposals Are Good for Democracy, the Rule of Law and the Economy
News March 14, 2013
ZOA is Disappointed, Offended and Frightened by 211 U.S. House Votes Supporting Jew-Hating, Israel-Hating Rep. Ilhan Omar
Uncategorized March 14, 2013
Israel’s “Right of Return” Grandparent Clause is De-Judaizing the Jewish State – Eliminate It
Center for Law & Justice
We work to educate the American public and Congress about legal issues in order to advance the interests of Israel and the Jewish people.
We assist American victims of terrorism in vindicating their rights under the law, and seek to hold terrorists and sponsors of terrorism accountable for their actions.
We fight anti-Semitism and anti-Israel bias in the media and on college campuses.
We strive to enforce existing law and also to create new law in order to safeguard the rights of the Jewish people in the United States and Israel.
Our Mission
ZOA STATEMENT
The ZOA speaks out for Israel – in reports, newsletters, and other publications. In speeches in synagogues, churches, and community events, in high schools and colleges from coast to coast. In e-mail action alerts. In op-eds and letters to the editor. In radio and television appearances by ZOA leaders. Always on the front lines of pro-Israel activism, ZOA has made its mark.
Related Articles
OP-ED ZOA: Natl. Jewish Democratic Council Should Oppose Hagel Nomination As It Did In 2009