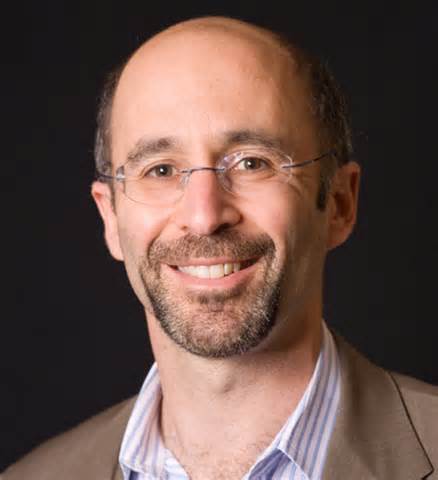 The ZOA has expressed concern at rumors that President Barack Obama is intending to appoint to his foreign policy team Robert Malley, an advocate of U.S. recognition of major, unreconstructed terrorist groups Hamas and Hizballah, and proponent of containment of Iran, not preventing them from attaining nuclear weapons. Rumor has been circulating that Malley, a career diplomat who was fired from the 2008 Obama presidential campaign for negotiating with Hamas, could be hired for the job in the coming weeks. According to sources cited in the Washington Free Beacon, Malley will soon be named by Secretary of State John Kerry for a senior advisory role with a portfolio that focuses either on Syria or on the Arab-Israeli conflict.

He wrote a revisionist account of the 2000-2001 Israeli/Palestinian negotiations that exculpated Yasser Arafat for their failure, a bogus argument that was dissected and debunked already in 2002 by Saul Singer, then head of the project on U.S.-Israel Relations at the Jerusalem Center for Public Affairs, in the Middle East Quarterly.

“It is… deeply worrying that President Obama has apparently no compunction at appointing to a position of such responsibility someone with whom, on major aspects of Middle East policy, he has publicly disagreed.”

ZOA National President Morton A. Klein said, “We are deeply concerned that someone hostile to Israel and pro-Hamas and pro-Iran as Robert Malley may be appointed to high office in the Obama Middle East team.

“It is also deeply worrying that President Obama has apparently no compunction at appointing to a position of such responsibility someone with whom, on major aspects of Middle East policy, he has publicly disagreed. When running for president in 2008, then-Senator Obama said clearly that he did not agree with Robert Malley’s support for recognizing Hamas without Hamas making substantive changes to its platform and behavior.

“Appointing Malley suggests that these words of disagreement had no basis. Now, it appears that, when he is beyond electoral recall, President Obama intends to appoint Malley to a senior position dealing with the Middle East.

“We urge President Obama not to appoint Robert Malley and to repudiate reports indicating that he intends to appoint him if they are in fact untrue.”

We would love to hear from you! Please fill out this form and we will get in touch with you shortly.
Trending Z
News July 2, 2013
At ZOA Gala Secy Pompeo Gave the Greatest, Most Pro-Israel Speech Ever Delivered by a Public Official
News July 2, 2013
Dershowitz in Arutz 7: NYC’s Temple Emanu-El Silences a Pro-Israel Voice & Promotes an Anti-Israel Voice
Uncategorized July 2, 2013
Jewish Press: Has Deborah Lipstadt Undercut Both Herself and Future Antisemitism Envoys?
News July 2, 2013
NEW YORK POST: Democratic Leaders’ Shocking Silence Over Attacks on Israel by Fellow Dems
Our Mission
ZOA STATEMENT
The ZOA speaks out for Israel – in reports, newsletters, and other publications. In speeches in synagogues, churches, and community events, in high schools and colleges from coast to coast. In e-mail action alerts. In op-eds and letters to the editor. In radio and television appearances by ZOA leaders. Always on the front lines of pro-Israel activism, ZOA has made its mark.
Center for Law & Justice
We work to educate the American public and Congress about legal issues in order to advance the interests of Israel and the Jewish people.
We assist American victims of terrorism in vindicating their rights under the law, and seek to hold terrorists and sponsors of terrorism accountable for their actions.
We fight anti-Semitism and anti-Israel bias in the media and on college campuses.
We strive to enforce existing law and also to create new law in order to safeguard the rights of the Jewish people in the United States and Israel.
Related Articles
OP-ED BY: ZOA ZOA Praises Obama Admin. For Walk-Out of U.S. Ambassador From Talks After Iran Accused Israel of “Genocide”