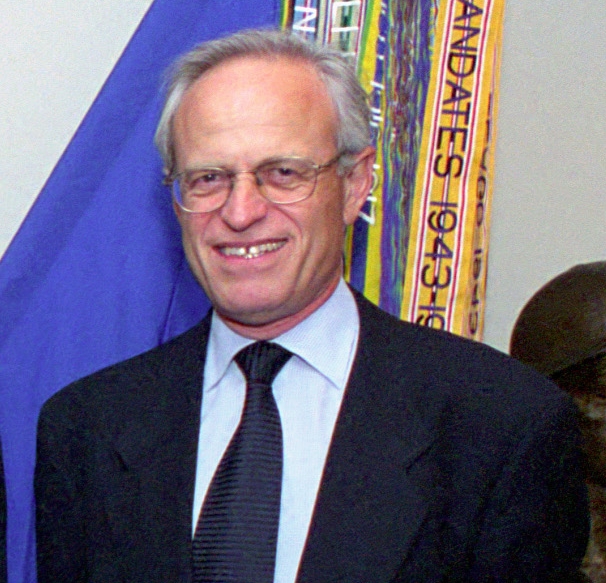 The Zionist Organization of America (ZOA) has expressed deep concern and opposition to the potential appointment of Martin Indyk as U.S. chief negotiator for Israeli/Palestinian peace talks. The ZOA — in the past and again now — has pointed to a detailed troubling record of Indyk ignoring and whitewashing Palestinian Authority (PA) promotion of terrorism and incitement to hatred and murder while also blaming Israel for lack of progress in peace talks that are actually foredoomed by Palestinian refusal to make peace with Israel or accept her as a Jewish state. Throughout his career, Indyk has supported Palestinian not Israeli positions. He publicly supports dividing Jerusalem; going back to the pre-1967 armistice lines; bringing in U.S. troops to insure a Palestinian state; has espoused an equivalence between Jewish building in Jerusalem with Arab terrorism; and stated that Jewish building must stop in order to deal with Iran. He has also criticized Israeli military action against Palestinian terrorism, demanded that Israel cede the strategic Golan Heights, and even blamed U.S. military casualties on Israeli intransigence on the Palestinian issue. Indyk is not an honest broker, but will simply be promoting the Palestinian position against Israel’s interests. Having Indyk as the lead negotiator for the U.S. is like having a Palestinian official representing America. Indyk, who currently heads the foreign policy program at the Brookings Institution, served as Assistant Secretary of State for Near East Affairs under President Bill Clinton and twice as U.S. Ambassador to Israel (1995-7 and 2000-1).

“The effort to cover-up and outwit the requirements for the PA to fulfill its signed agreements under Oslo was systematic — and Martin Indyk has played a central part in it.”

ZOA National President Morton A. Klein said, “The record shows in copious detail that, as Ambassador to Israel and Assistant Secretary of State during 1995-2001, Martin Indyk played an important role in minimizing, ignoring and misreporting PA violations of the Oslo Accords, especially regarding incitement to hatred and murder within the PA and refusal to accept Israel as a Jewish state.

“The effort to cover-up and outwit the requirements for the PA to fulfill its signed agreements under Oslo was systematic — and Martin Indyk has played a central part in it.

“Indyk also showed defective judgment in stating in 2010 that the negotiating environment was “better suited to peacemaking today than it has been at any point in the last decade” — just at the time the PA actually refused to negotiate further, which remained the case up until today.

“Indyk has also viciously, rudely and publicly attacked people — including me — who exercised our right to draw attention to the manifold misdeeds and violations of agreements by the Fatah/PA. Such exposure demonstrated the falsity of Indyk’s advocacy for and whitewashing of the PA and his consequent tendency to blame Israel for impasses in what was and remains a flawed peace process in which he has played a principal part. Having Indyk as the lead negotiator for the U.S. is like having a Palestinian official representing America. His appointment will stimulate Palestinian intransigence, as it will encourage the PA to believe that it will not be penalized for intransigence and violations. Given his record, Indyk cannot be an honest broker.

“His acts strongly suggest a rigid and jaundiced ideologue that refuses to let facts interfere with his preferred peace process. They foreshadow that he would make a truly wretched choice as a chief U.S. negotiator.

“A U.S. negotiator must be one without such baggage, one who is willing to confront the evidence of PA violations and unwillingness to live in peace with Israel and draw appropriate conclusions from it. He must be someone who is willing to tell the President the truth about the PA, even if the truth is inconvenient. Martin Indyk is not such a man.”

We would love to hear from you! Please fill out this form and we will get in touch with you shortly.
Trending Z
Uncategorized July 24, 2013
FLASH: ISRAEL-JORDAN PEACE TREATY (1994) GUARANTEES JEWS ACCESS TO THE TEMPLE MOUNT – LET MY PEOPLE PRAY
Uncategorized July 24, 2013
ZOA Analysis: Most American Rabbis Who Are Boycotting Some Israeli Ministers Are From Extremist Left Wing Groups (J Street; T’ruah; JVP)
Uncategorized July 24, 2013
Israel’s “Right of Return” Grandparent Clause is De-Judaizing the Jewish State – Eliminate It
Uncategorized July 24, 2013
Exclusive: ZOA Accuses Ilhan Omar of Hating the U.S. ‘as Much as Israel,’ Lauds Kevin McCarthy for ‘Throwing Her Off the HFAC’
Center for Law & Justice
We work to educate the American public and Congress about legal issues in order to advance the interests of Israel and the Jewish people.
We assist American victims of terrorism in vindicating their rights under the law, and seek to hold terrorists and sponsors of terrorism accountable for their actions.
We fight anti-Semitism and anti-Israel bias in the media and on college campuses.
We strive to enforce existing law and also to create new law in order to safeguard the rights of the Jewish people in the United States and Israel.
Our Mission
ZOA STATEMENT
The ZOA speaks out for Israel – in reports, newsletters, and other publications. In speeches in synagogues, churches, and community events, in high schools and colleges from coast to coast. In e-mail action alerts. In op-eds and letters to the editor. In radio and television appearances by ZOA leaders. Always on the front lines of pro-Israel activism, ZOA has made its mark.
Related Articles
OP-ED BY: Morton A. Klein, ZOA More Reasons To Oppose Obama’s Nomination of Samantha Power As U.N. Ambassador