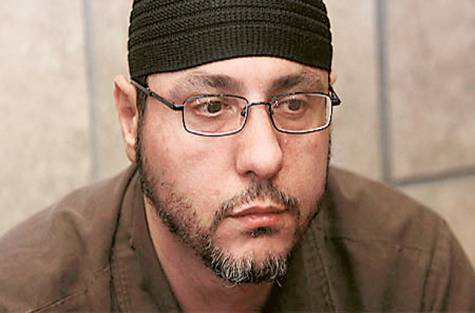 The Zionist Organization of America (ZOA) has pointed to the recent honoring of a Jew-killing terrorist, Abdullah Barghouti, by Mahmoud Abbas’ Fatah/Palestinian Authority (PA) as affording the latest example of the PA continuing to glorify and promote terrorism and the murder of Jews. Abdullah Barghouti, a bomb-maker and explosives expert, prepared and provided the bombs that were used in suicide bombings that claimed the lives of 67 Israeli men, women and children. The PA recently honored Barghouti on the Facebook page of the Mobilization and Organization Commission of Fatah, where he was honored as a “brave prisoner” and extolled for his “self-sacrificing activity” and “martyrdom-seeking operations” – standard PA parlance for suicide terrorism. Fatah, which is headed by PA president Abbas, also listed proudly five of the major Palestinian terrorist bombings, which claimed the lives of 61 Israelis, for which Barghouti was responsible.

“It is not possible for Israel to reach peace with the PA if it honors and lionizes people who have participated in the deliberate murder of Israeli men, women and children…”

ZOA National President Morton A. Klein said, “It is clear from this example alone that the PA is a promoter of anti-Israel terrorism, the murder of Jews and the destruction of Israel, not a partner in peace for Israel.

“It is not possible for Israel to reach peace with the PA if it honors and lionizes people who have participated in the deliberate murder of Israeli men, women and children, rather than arrest such terrorists and condemn their vile deeds.

“The record is clear – the PA and its official organs, all of which remain under the control of the allegedly moderate, peace-seeking Mahmoud Abbas and his Fatah terror organization that he co-founded with Yasser Arafat – broadcast blatant hatred and incitement.

“Rather than pursuing the futile and counter-productive path of praising and funding a terror regime, the Obama Administration should be making it clear that it will neither deal with nor fund the PA until and unless it finally fulfills its 19-year-old signed commitments under the Oslo agreements and the 2003 Roadmap peace plan to jail terrorists, confiscate their weaponry, and end the incitement to hatred and murder in the PA-controlled media, mosques, schools, and youth camps that feed terror.”

We would love to hear from you! Please fill out this form and we will get in touch with you shortly.
Trending Z
News July 30, 2013
ZOA Condemns U.S. State Dept. & U.S. Amb. Nides For Siding with Antisemitic, Discriminatory Palestinian & Hamas Terrorists re: the Temple Mount, Violating Jews’ Religious Freedom
News July 30, 2013
ZOA’s Klein JPost Op-Ed: There is Nothing Extreme About Israel’s New Government
Uncategorized July 30, 2013
FLASH: ISRAEL-JORDAN PEACE TREATY (1994) GUARANTEES JEWS ACCESS TO THE TEMPLE MOUNT – LET MY PEOPLE PRAY
Uncategorized July 30, 2013
ZOA Analysis: Most American Rabbis Who Are Boycotting Some Israeli Ministers Are From Extremist Left Wing Groups (J Street; T’ruah; JVP)
Center for Law & Justice
We work to educate the American public and Congress about legal issues in order to advance the interests of Israel and the Jewish people.
We assist American victims of terrorism in vindicating their rights under the law, and seek to hold terrorists and sponsors of terrorism accountable for their actions.
We fight anti-Semitism and anti-Israel bias in the media and on college campuses.
We strive to enforce existing law and also to create new law in order to safeguard the rights of the Jewish people in the United States and Israel.
Our Mission
ZOA STATEMENT
The ZOA speaks out for Israel – in reports, newsletters, and other publications. In speeches in synagogues, churches, and community events, in high schools and colleges from coast to coast. In e-mail action alerts. In op-eds and letters to the editor. In radio and television appearances by ZOA leaders. Always on the front lines of pro-Israel activism, ZOA has made its mark.
Related Articles
OP-ED Fmr. Secy. Colin Powell: Defense Dept. Influences Presidential Policy