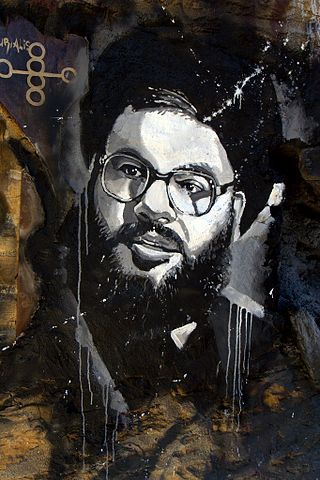 The head of the Iranian-backed Shia Lebanese terrorist organization, Hizballah, Hassan Nasrallah, has renewed his calls for the destruction of Israel and described it as a “cancerous tumor” that must be “eradicated.” In a public address in Dahieh, Lebanon, on what the Iranian Shia Islamist regime calls International Al-Quds Day, an annual event created by Iran to oppose Israel’s existence and its reunification of Jerusalem in the 1967 Six Day War, Nasrallah said, “Israel is a cancerous tumor … The only solution when it comes to cancer is to eradicate it and not to surrender to it” (‘Hezbollah Chief: Removing “Cancerous Tumour” Israel is a Priority for the Islamic World,’ TLVFACES, August 8, 2013).

Nasrallah has a long record of Holocaust denial & calls for the destruction of Israel, the United States and the murder of Jews (see below).

ZOA National Chairman of the Board Dr. Michael Goldblatt said, “Nasrallah’s obscene and genocidal calls for the worldwide murder of Jews – listed below – clearly demonstrates that he and Hizballah are not mere opponents or even enemies of Israel – they are bestial murderers who cannot wait to put their genocidal ambitions into practice.

“Anti-Semitism is not merely another type of bigotry and hatred – terrible enough as those are – but a unique form of demonization that depicts Jews as monsters and the enemies of mankind whom the world should rise up and expunge. No-one speaks of any other country, however hated, as a‘tumor’ that must be ‘eradicated,’ as Nasrallah did in recent days about Israel.

“We heard such blatantly murderous statements in the 1930s and no-one heeded them. We dare not repeat this tragic error.

Nasrallah has a long record of Holocaust denial & calls for the destruction of Israel, the United States and the murder of Jews

We would love to hear from you! Please fill out this form and we will get in touch with you shortly.
Trending Z
News August 12, 2013
ZOA Condemns U.S. State Dept. & U.S. Amb. Nides For Siding with Antisemitic, Discriminatory Palestinian & Hamas Terrorists re: the Temple Mount, Violating Jews’ Religious Freedom
News August 12, 2013
ZOA’s Klein JPost Op-Ed: There is Nothing Extreme About Israel’s New Government
Uncategorized August 12, 2013
FLASH: ISRAEL-JORDAN PEACE TREATY (1994) GUARANTEES JEWS ACCESS TO THE TEMPLE MOUNT – LET MY PEOPLE PRAY
Uncategorized August 12, 2013
ZOA Analysis: Most American Rabbis Who Are Boycotting Some Israeli Ministers Are From Extremist Left Wing Groups (J Street; T’ruah; JVP)
Center for Law & Justice
We work to educate the American public and Congress about legal issues in order to advance the interests of Israel and the Jewish people.
We assist American victims of terrorism in vindicating their rights under the law, and seek to hold terrorists and sponsors of terrorism accountable for their actions.
We fight anti-Semitism and anti-Israel bias in the media and on college campuses.
We strive to enforce existing law and also to create new law in order to safeguard the rights of the Jewish people in the United States and Israel.
Our Mission
ZOA STATEMENT
The ZOA speaks out for Israel – in reports, newsletters, and other publications. In speeches in synagogues, churches, and community events, in high schools and colleges from coast to coast. In e-mail action alerts. In op-eds and letters to the editor. In radio and television appearances by ZOA leaders. Always on the front lines of pro-Israel activism, ZOA has made its mark.
Related Articles
OP-ED BY: ZOA ZOA Critical At Reports of Brennan/Obama Pressure On Israel Not To Take Action Against Transfer Of Syrian Weapons To Terrorists