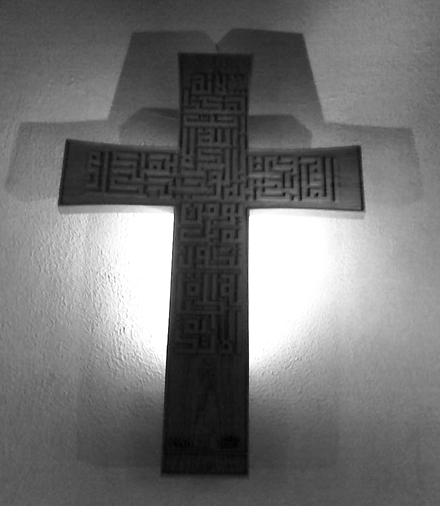 The Zionist Organization of America (ZOA) has criticized the appalling veil of silence that hangs over the increasing persecution and flight of historic Christian communities in the Middle East in the face of assault, violence, threat and intimidation by radical Muslims. The ZOA is drawing attention to this neglected problem because it strongly believes that justice calls for action to pressure Middle Eastern governments to desist from the persecution of Christians and other minorities and that increased public awareness will assist the cause of stronger action by governments, including the U.S.

“The ZOA shares the anguish and concern shared by many, but not nearly enough, people at the deteriorating predicament, suffering and danger engulfing the Christians of the Middle East and beyond…”

ZOA National Chairman of the Board Dr. Michael Goldblatt said, “The ZOA shares the anguish and concern shared by many, but not nearly enough, people at the deteriorating predicament, suffering and danger engulfing the Christians of the Middle East and beyond.

“The U.S. should be pressuring where possible the governments concerned to afford better protection to Christians and other minorities. This we have not been doing consistently. To the contrary, in its apparent anxiety to sever any perceived link between Islam and the violence committed by some Muslims in its name, the Obama Administration rarely if ever speaks of radical Islam or of the crimes committed by radical Islamists as having anything to do with Islam. One of the corollaries of this is that we tend to ignore the pronounced pattern of Islamist violence directed at Christian communities in Muslim majority countries.

“This silence should end now. We call upon the Obama Administration and the U.S. Congress to condemn the war waged by radical Muslims against the Christian communities of the Middle East and to start pressuring the relevant governments to protect its Christian citizens, reverse legal disabilities and the discrimination they face and to aggressively prosecute those groups and individuals that carry out assaults.”

We would love to hear from you! Please fill out this form and we will get in touch with you shortly.
Trending Z
News August 7, 2013
ZOA Condemns U.S. State Dept. & U.S. Amb. Nides For Siding with Antisemitic, Discriminatory Palestinian & Hamas Terrorists re: the Temple Mount, Violating Jews’ Religious Freedom
Uncategorized August 7, 2013
FLASH: ISRAEL-JORDAN PEACE TREATY (1994) GUARANTEES JEWS ACCESS TO THE TEMPLE MOUNT – LET MY PEOPLE PRAY
Uncategorized August 7, 2013
ZOA Analysis: Most American Rabbis Who Are Boycotting Some Israeli Ministers Are From Extremist Left Wing Groups (J Street; T’ruah; JVP)
Uncategorized August 7, 2013
Israel’s “Right of Return” Grandparent Clause is De-Judaizing the Jewish State – Eliminate It
Center for Law & Justice
We work to educate the American public and Congress about legal issues in order to advance the interests of Israel and the Jewish people.
We assist American victims of terrorism in vindicating their rights under the law, and seek to hold terrorists and sponsors of terrorism accountable for their actions.
We fight anti-Semitism and anti-Israel bias in the media and on college campuses.
We strive to enforce existing law and also to create new law in order to safeguard the rights of the Jewish people in the United States and Israel.
Our Mission
ZOA STATEMENT
The ZOA speaks out for Israel – in reports, newsletters, and other publications. In speeches in synagogues, churches, and community events, in high schools and colleges from coast to coast. In e-mail action alerts. In op-eds and letters to the editor. In radio and television appearances by ZOA leaders. Always on the front lines of pro-Israel activism, ZOA has made its mark.
Related Articles
OP-ED CIA Nominee Brennan Dismisses Radical Islam, Calls J’lem Al-Quds, Whitewashes Hizballah