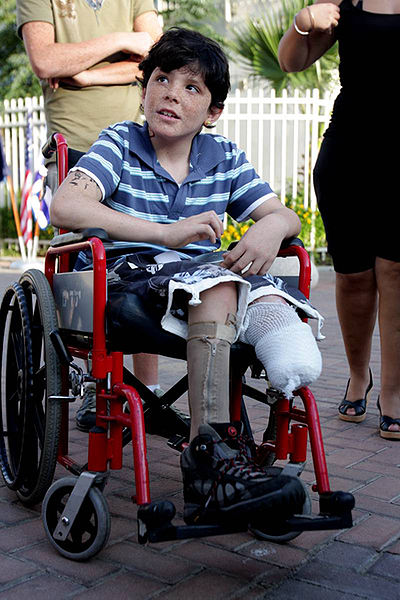 The Zionist Organization of America (ZOA) has criticized the Israeli government for proceeding with an earlier decision to free 26 convicted and jailed Palestinian terrorists from Israeli jails as part of a phased freeing of 104 such terrorists. The freeing of the terrorists, decided upon in July 2013 and strongly opposed by the ZOA at the time, came about as an Israeli concession –– not to in return for any Palestinian concession or moderation, but merely for the Mahmoud Abbas’ Palestinian Authority (PA)’s agreement to meet Israelis at the negotiating table.

ZOA National Chairman of the Board Dr Michael Goldblatt said, “We oppose this latest freeing of jailed, blood-soaked terrorists.

“The ZOA has long argued that freeing jailed terrorists in exchange for kidnapped Israelis rewards terrorists; makes a mockery of justice – and inflicts unimaginable pain on families of the victims – when murderers walk free; allows terrorists to go undeterred at the prospect of long prison sentences when experience confirms that they have a good chance of being released early; boosts the standing and morale of the most extreme Palestinian terrorist groups; encourages the kidnapping of Israelis for the purpose of extorting the release of further terrorists; and, worst of all, results in the subsequent murder of additional Israelis by terrorists freed under such deals.

“The paramount duty of the state is to protect its citizens. It follows that the most important consideration for the Israeli government must be preventing the loss of further innocent lives to terror. That in turn means not freeing terrorists, not boosting the terrorist organizations that clamor for their release and not making one-sided concessions that stimulate the aggression of the Palestinian terror groups.”

The ZOA has also noted the following:

We would love to hear from you! Please fill out this form and we will get in touch with you shortly.
Trending Z
Uncategorized October 31, 2013
ZOA Analysis: Most American Rabbis Who Are Boycotting Some Israeli Ministers Are From Extremist Left Wing Groups (J Street; T’ruah; JVP)
Uncategorized October 31, 2013
ZOA: Israel’s Reasonable Judicial Reform Proposals Are Good for Democracy, the Rule of Law and the Economy
Uncategorized October 31, 2013
Israel’s “Right of Return” Grandparent Clause is De-Judaizing the Jewish State – Eliminate It
News October 31, 2013
ZOA is Disappointed, Offended and Frightened by 211 U.S. House Votes Supporting Jew-Hating, Israel-Hating Rep. Ilhan Omar
Center for Law & Justice
We work to educate the American public and Congress about legal issues in order to advance the interests of Israel and the Jewish people.
We assist American victims of terrorism in vindicating their rights under the law, and seek to hold terrorists and sponsors of terrorism accountable for their actions.
We fight anti-Semitism and anti-Israel bias in the media and on college campuses.
We strive to enforce existing law and also to create new law in order to safeguard the rights of the Jewish people in the United States and Israel.
Our Mission
ZOA STATEMENT
The ZOA speaks out for Israel – in reports, newsletters, and other publications. In speeches in synagogues, churches, and community events, in high schools and colleges from coast to coast. In e-mail action alerts. In op-eds and letters to the editor. In radio and television appearances by ZOA leaders. Always on the front lines of pro-Israel activism, ZOA has made its mark.
Related Articles
OP-ED BY: ZOA ZOA Asks Cardozo Law To Cancel Award To Jimmy Carter