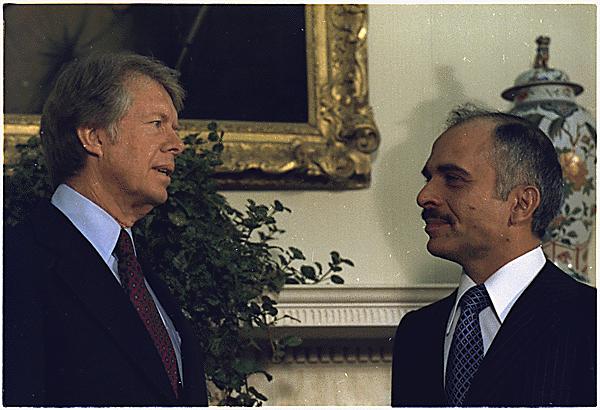 The Zionist Organization of America (ZOA) has called upon the Benjamin N. Cardozo Law School to rescind its decision to bestow an award upon former President Jimmy Carter. This Wednesday, April 10, the Cardozo Law School, which is a part of New York City’s Yeshiva University (YU), is to bestow its International Advocate for Peace Award from the Cardozo Journal of Conflict Resolution upon Carter. The ZOA has pointed to President Carter’s repellant, decades-long record as an Israel-basher and promoter of Israel’s most vicious enemies, including Hamas, which calls in its Charter for the destruction of Israel (Article 15) and the global murder of Jews (Article 7), in calling upon Cardozo to rescind its decision to award Carter.

“We are deeply appalled that any institution, but especially a Jewish one like Cardozo, would seek to honor an Israel-basher like Jimmy Carter. Carter was the author in 2007 of a book, Palestine: Peace, Not Apartheid, in which he wrote the following astounding and reprehensible passage: ‘It is imperative that the general Arab community and all significant Palestinian groups make it clear that they will end the suicide bombings and other acts of terrorism when international laws and the ultimate goals of the Roadmap for Peace are accepted by Israel’ (p. 213). In the words of the New York Post at the time, ‘Carter isn’t calling on the Palestinians to give up terror and murder now as a way to convince Israel they are serious about peace. Rather, he says they can wait until they’ve achieved their goals at the bargaining table. No need, says Carter, to give up terrorism until then… he flatly condones mass murder’ (‘Jimmy for Terror,’ New York Post, January 15, 2007).

“I would also like to draw your attention to the following:

“It would be unconscionable and grotesque if an honored Jewish university, of all places, now gives a platform to Jimmy Carter, who has been prominent in the campaign to demonize Israel and helps legitimize his pro-violence and pro-terror views.

“Carter should be shunned by universities, organizations, media, synagogues and churches and not granted any sort of platform to peddle his lies and hate propaganda.

The ZOA has also applauded the Coalition of Concerned Cardozo Alumni (CCCA)’s efforts to have Cardozo cancel the event and has also provided a detailed list of Carter’s infamous words and deeds regarding Israel and the Middle East.

The ZOA urges people to contact the Dean of Cardozo and President of YU to urge them to cancel the award to Jimmy Carter:

We would love to hear from you! Please fill out this form and we will get in touch with you shortly.
Trending Z
News April 9, 2013
ZOA Condemns U.S. State Dept. & U.S. Amb. Nides For Siding with Antisemitic, Discriminatory Palestinian & Hamas Terrorists re: the Temple Mount, Violating Jews’ Religious Freedom
News April 9, 2013
ZOA’s Klein JPost Op-Ed: There is Nothing Extreme About Israel’s New Government
Uncategorized April 9, 2013
FLASH: ISRAEL-JORDAN PEACE TREATY (1994) GUARANTEES JEWS ACCESS TO THE TEMPLE MOUNT – LET MY PEOPLE PRAY
Uncategorized April 9, 2013
ZOA Analysis: Most American Rabbis Who Are Boycotting Some Israeli Ministers Are From Extremist Left Wing Groups (J Street; T’ruah; JVP)
Center for Law & Justice
We work to educate the American public and Congress about legal issues in order to advance the interests of Israel and the Jewish people.
We assist American victims of terrorism in vindicating their rights under the law, and seek to hold terrorists and sponsors of terrorism accountable for their actions.
We fight anti-Semitism and anti-Israel bias in the media and on college campuses.
We strive to enforce existing law and also to create new law in order to safeguard the rights of the Jewish people in the United States and Israel.
Our Mission
ZOA STATEMENT
The ZOA speaks out for Israel – in reports, newsletters, and other publications. In speeches in synagogues, churches, and community events, in high schools and colleges from coast to coast. In e-mail action alerts. In op-eds and letters to the editor. In radio and television appearances by ZOA leaders. Always on the front lines of pro-Israel activism, ZOA has made its mark.
Related Articles
OP-ED BY: Morton A. Klein, ZOA Report Claims Obama States Israel Won’t Make Concessions

OP-ED ZOA: Natl. Jewish Democratic Council Should Oppose Hagel Nomination As It Did In 2009