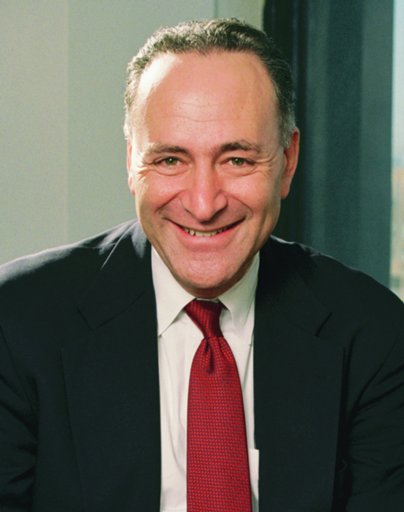 The Zionist Organization of America (ZOA) has praised U.S. Senator Charles Schumer (D-NY) for calling upon the U.S. State Department not to hand over to the Iraqi government nearly 3,000 priceless Jewish artifacts from Iraq’s 2,500 year-heritage in Iraq originally looted by successive Iraqi regimes from Iraqi Jews who fled or were grounded into exile in the 1940s and 1950s. Senator Schumer urged that this collection should be placed in Jewish hands, not in the hands of the Iraqi government. The collection of Jewish artifacts was warehoused by Saddam Hussein after seizure from a Baghdad synagogue in 1984. The treasures had been originally deposited there between 1950-2, when more than 130,000 Jews left Iraq and were not allowed to carry more than one suitcase each.

The Iraqi Jewish treasures –– which include ancient Torah scrolls, prayer books, a Hebrew Bible with commentaries from 1568, a Babylonian Talmud from 1793, a Torah scroll fragment from Genesis, a Zohar from 1815 and other sacred ritual objects –– were found by American forces in a flooded Baghdad intelligence center after the deposition of Saddam Hussein’s regime in 2003.

The Iraqi Jewish archive has been preserved at the cost of $3 million by the National Archives in Washington, D.C., and the United States has agreed to return the materials to Iraq in 2014. Senator Schumer has called on the State Department to work with the emigre Iraqi Jewish community to ensure that these priceless artifacts remains accessible to Jews worldwide rather than be returned to a Jew-free Iraq.

Senator Schumer said, “These sacred artifacts were taken from the Iraqi Jewish community and thus do not belong to the Iraqi government; rather they belong to the thousands of Iraqi Jews, an ancient and once-vibrant community, who were exiled many years ago … The Iraqi government illegally obtained these artifacts and I am urging the State Department to do everything in their power to ensure that these treasured artifacts remain available and accessible to Jews worldwide.”

In a letter to Secretary of State John Kerry, Senator Schumer said, “These items belong to the people who were forced to leave them behind when the Iraqi government chose to exile them from their homes. Since the exile of Jews from Iraq virtually no Jewish life remains in the country – this treasured collection belongs to the Jewish community and should be made available to them. I strongly urge you to reconsider your decision to return these artifacts to the Iraqi government and urge you to work with Jewish organizations and the Iraqi Jewish community both in the United States and abroad to find a location to store and display these cherished items in a manner which respects their history (Senator Charles Schumer, press release, ‘SCHUMER CALLS ON STATE DEPT. NOT TO RETURN TO IRAQ NEARLY 3,000 JEWISH ARTIFACTS, ORIGINALLY SEIZED BY SADDAM HUSSEIN REGIME—U.S. PLANS TO RETURN CONFISCATED ITEMS NEXT YEAR; JUDAICA COLLECTION BELONGS TO IRAQI JEWISH COMMUNITY EXILED OVER 50 YEARS AGO,’ October 23, 2013).

ZOA National President Morton A. Klein said, “We  strongly praise Senator Schumer for promoting what is right and just for the Jewish community and for raising this important matter at the highest levels in order to preserve this extraordinary archive, encompassing the heritage of one of the oldest Jewish communities in the world, from being returned to a government whose predecessors killed, robbed and intimidated Iraq’s Jews into exile.

“It would be a crime and a travesty if this priceless collection, so providentially found and preserved from destruction, were now to vanish into the hands of an Iraqi government with no right or title to it. We support Senator Schumer continuing his efforts on this front and we urge all American Jewish organizations to take up the cause at the highest levels in Washington.”

We would love to hear from you! Please fill out this form and we will get in touch with you shortly.
Trending Z
Uncategorized November 6, 2013
ZOA Analysis: Most American Rabbis Who Are Boycotting Some Israeli Ministers Are From Extremist Left Wing Groups (J Street; T’ruah; JVP)
News November 6, 2013
ZOA is Disappointed, Offended and Frightened by 211 U.S. House Votes Supporting Jew-Hating, Israel-Hating Rep. Ilhan Omar
Uncategorized November 6, 2013
ZOA: Israel’s Reasonable Judicial Reform Proposals Are Good for Democracy, the Rule of Law and the Economy
Uncategorized November 6, 2013
Israel’s “Right of Return” Grandparent Clause is De-Judaizing the Jewish State – Eliminate It
Center for Law & Justice
We work to educate the American public and Congress about legal issues in order to advance the interests of Israel and the Jewish people.
We assist American victims of terrorism in vindicating their rights under the law, and seek to hold terrorists and sponsors of terrorism accountable for their actions.
We fight anti-Semitism and anti-Israel bias in the media and on college campuses.
We strive to enforce existing law and also to create new law in order to safeguard the rights of the Jewish people in the United States and Israel.
Our Mission
ZOA STATEMENT
The ZOA speaks out for Israel – in reports, newsletters, and other publications. In speeches in synagogues, churches, and community events, in high schools and colleges from coast to coast. In e-mail action alerts. In op-eds and letters to the editor. In radio and television appearances by ZOA leaders. Always on the front lines of pro-Israel activism, ZOA has made its mark.
Related Articles
OP-ED ZOA Praises ADL, AJC Call For Further Review of Hagel’s Record – AIPAC & Others Silent