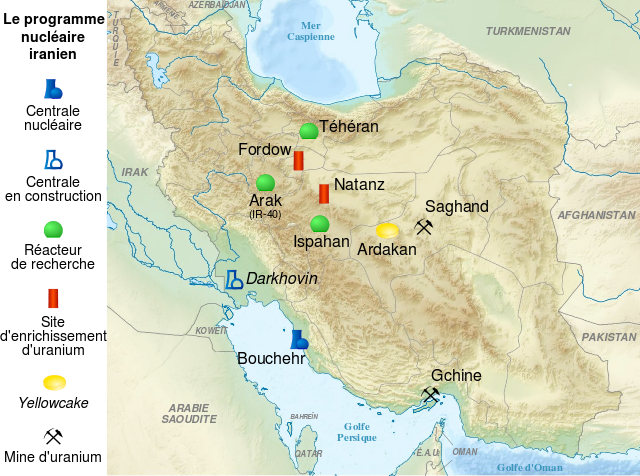 Before entering the White House, President Barack Obama promised repeatedly to do “everything, everything” to prevent the Iranian regime obtaining nuclear weapons. Upon closer examination, one sees this promise is as true as his statements that Americans can keep their healthcare plans and that an unknown anti-Muslim video caused the terrorist slaughter of Americans in Benghazi. Why? For at least seven reasons.

First, last weekend, the Obama Administration sought to finalize a deal with Iran that would enable Tehran to continue operating its plutonium reactor, retain all its centrifuges and maintain uranium enrichment program to 3.5% –– enough, given Iran’s recent, hugely expanded number of centrifuges, to become a “break-out” nuclear state. The previous week, Obama urged the U.S. Senate not to impose new sanctions and American Jewish leaders to stop asking Congress for them.

Second, contrary to its declared policy, Obama has revealed a willingness to live with a nuclear Iran. In July 2009, then-Secretary of State Hillary Clinton said that the U.S. would extend a “missile shield” over the Middle East if Tehran went nuclear. Defense Secretary Chuck Hagel argued for years before his confirmation in 2013 that the U.S. should repudiate both military and economic measures to stop Iran.

Both Clinton and Hagel subsequently reversed their positions when they attracted controversy, but doubts remain. After all, why speak of containment, why appoint as Defense Secretary one who supports containment, if that’s not the actual policy? This might also explain why, during his confirmation hearings, Hagel blurted out that he supported Obama’s policy of containment (before an aide rushed up to whisper to him that the Administration opposed containment).

Third, Obama repeatedly pressures Israel into not striking Iran, despite verbally affirming its right to do so if its security dictates it. Vice-President Joseph Biden has warned Israel against it, as has Obama’s hand-picked Chairman of the Joints Chiefs of Staff, General Martin Dempsey. There was nothing here about what Obama has called Israel’s “sovereign right to make its own decisions.”

Fourth, Obama has a disturbing record on Iran sanctions. For over a year after entering office, he prohibited a Congressional vote on new sanctions. The 2010 UN Security Council sanctions President Obama supported did not cover Iran’s vital oil, financial and insurance sectors and included huge exemptions for numerous countries, like China, which has huge contracts in Iran’s energy sector developing oil refineries, and Russia, which supplies S-300 surface-to-air missiles to Iran. Obama sought to torpedo or weaken new and stronger Congressional sanctions on Iran, even after these had been softened at his request, leading Senator Bob Menendez (D-NJ), Chairman of the Senate Foreign Relations Committee, to publicly and angrily criticize the Administration.

Contrary to declared policy, Obama has revealed a willingness to live with a nuclear Iran

In his 2012 AIPAC speech, President Obama took credit for imposing sanctions on Iran’s Central Bank. Yet, not only had he not implemented these sanctions at the time but he tried to slow their passage and dilute their strength. Now, when Iran has made no concessions at all but agreed to further talks, Obama, instead of maintaining the pressure achieved through existing sanctions, wants to weaken them and unfreeze some Iranian assets. Already in June, he quietly lifted financial pressure, stopping the blacklisting of entities and individuals assisting Iran’s evasion of international sanctions.

Fifth, the Obama Administration has damagingly publicized Israeli military and intelligence information, including regarding Israeli preparations to deal with Iran. This has included revelations in March 2013 about Israeli use of Azerbaijan airfields with regard to a possible operation against Iran.

Sixth, Obama has not altered course, no matter how bad the news from Iran. He says nothing ––not on reports that Iran may now be able produce a nuclear weapon in as little as one month; not when Iranian Supreme Leader, Ayatollah Ali Khamenei, called Israel an “illegitimate, bastard state,” the U.S. “an enemy who smiles,” and insisted on no compromises on Iran’s alleged right to enrich uranium. Obama also said nothing when seeing tens of thousands of Iranians rallying in Tehran, screaming “Death to America”; nor when Tehran brutally suppressed demonstrations over rigged presidential elections in June 2009, observing only that the U.S. shouldn’t “meddle” –– quite the opposite of his call in February 2011 for U.S. ally, Egypt’s Hosni Mubarak, to step down “now” when Egyptians demonstrated against his rule.

Seventh, Obama ignores the character and acts of the Iranian regime. He says nothing about its role in international terrorism, of which it is the leading state sponsor, its funding and arming Hamas, Hizballah, Syria and others, its murder of scores of Jews in terrorist attacks in Argentina and assassinations of numerous Iranian dissidents and human rights activists abroad. He says nothing about Iran’s drive to develop bigger and better ICBMs, which can carry nuclear weapons and in a few years will have the range to strike America.

This is not a record that inspires confidence that he means what he says when it comes to stopping Iran. Everyone concerned for the future security of the U.S. and Israel should be afraid –– very afraid.

Morton A. Klein is National President of the Zionist Organization of America. Dr. Daniel Mandel is Director of the ZOA’s Center for Middle East Policy and author of H.V. Evatt & the Establishment of Israel (London, 2004).

We would love to hear from you! Please fill out this form and we will get in touch with you shortly.
Trending Z
News November 12, 2013
New Biden Nominees Opposed Abraham Accords & Involved in Israeli Election Interference
Uncategorized November 12, 2013
ZOA Letter to DOJ & FBI on New “Mapping Project” Antisemitic Threat by ZOA Pres. Morton Klein, Dir. of Research/Special Projects Liz Berney, Esq., Dir. Center for Law & Justice Susan Tuchman, Esq.
News November 12, 2013
ZOA’s Condemnation of Black Lives Matter Defended by JNS’ Tobin: Jews Supporting BLM Empowered Antisemitism
Op-Ed November 12, 2013
ZOA’s Mort Klein JPost Op-Ed: BDS Mapping Project Targets Every Jew, Including Left Wing, Israelophobic Jews
Center for Law & Justice
We work to educate the American public and Congress about legal issues in order to advance the interests of Israel and the Jewish people.
We assist American victims of terrorism in vindicating their rights under the law, and seek to hold terrorists and sponsors of terrorism accountable for their actions.
We fight anti-Semitism and anti-Israel bias in the media and on college campuses.
We strive to enforce existing law and also to create new law in order to safeguard the rights of the Jewish people in the United States and Israel.
Our Mission
ZOA STATEMENT
The ZOA speaks out for Israel – in reports, newsletters, and other publications. In speeches in synagogues, churches, and community events, in high schools and colleges from coast to coast. In e-mail action alerts. In op-eds and letters to the editor. In radio and television appearances by ZOA leaders. Always on the front lines of pro-Israel activism, ZOA has made its mark.
Related Articles
OP-ED BY: Morton A. Klein, ZOA Jerusalem is Holy to Jews, Not to Muslims